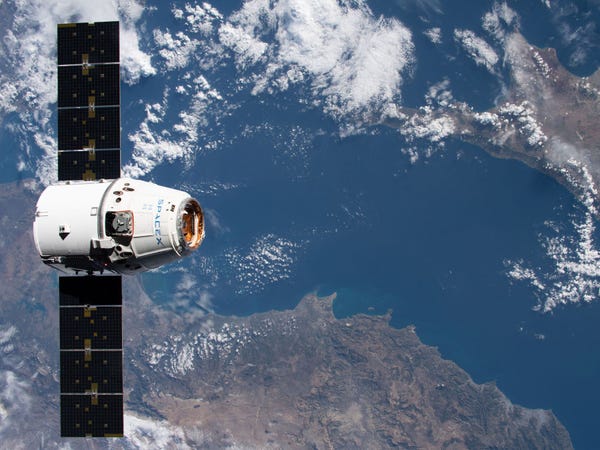 Makeup company Estée Lauder is teaming up with NASA to launch skincare products into space, one of the most high-profile commercial projects ever produced on the International Space Station (ISS).

The company hopes to send up to 10 bottles of its popular "Advanced Night Repair" serum to the ISS at the end of this month, according to a report by New Scientist magazine.

The serums will be loaded aboard a Northrop Grumman Cygnus spacecraft, which will bring an additional 8,000 pounds of other supplies to the space station.

As part of the project, the company has asked NASA astronauts to capture the "imagery and video" of the product in the microgravity environment of the space station.

Estée Lauder then hopes to use that footage in ad campaigns or other promotional material.

The company's president Stephane de la Faverie told a panel at the American Institute of Aeronautics and Astronautics' Ascend Summit last month that he was a "risk-taker," the New York Post reported.

"That tends to basically come with ideas that are a little bit, you know, outside of the normal, traditional ways of doing marketing," he said, according to the Post.

In 2001, Pizza Hut became the first restaurant chain to deliver a pizza to space — a publicity stunt that cost around $1 million, according to the BBC.

The pizza was sent onboard a resupply rocket to Russian astronaut Yuri Usachov, who was working on the ISS.

Usachov filmed himself eating the pizza, which, according to ABC, was "seasoned with extra spices, especially salt since it's known that taste buds become a little dulled in space."

Watch the clip below:

In the last few years, NASA has been opening up the ISS to private companies to exploit for marketing and entertainment purposes.

This week, a media production company called Space Hero Inc. said it plans to film the first reality TV show set in space, which will involve selecting one person from a group of contestants to travel to the ISS in 2023.

NASA Administrator Jim Bridenstine also announced earlier this year that actor Tom Cruise had signed on to produce a film aboard the ISS.