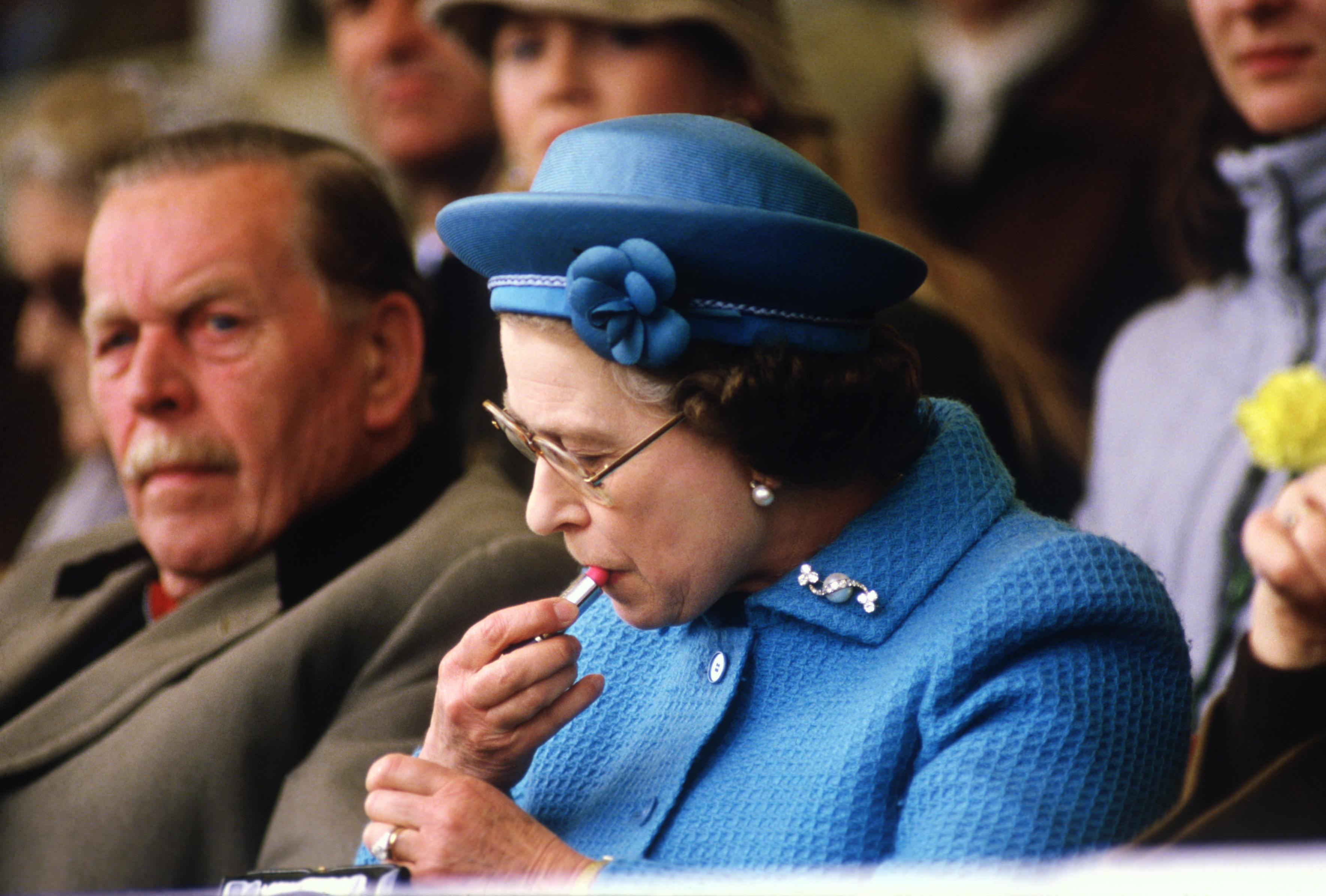 Despite the legions of photocalls, Zoom meetings, appointments and audiences, the Queen applied her own makeup every day.

So revealed Angela Kelly in her 2019 book The Other Side Of The Coin: The Queen, The Dresser And The Wardrobe. The only known exception was for Her Majesty’s televised Christmas address, when she would have her makeup applied by television makeup artist Marilyn Widdess (who works at the BBC) so that she could withstand the heat and harshness of close-up lights.

A bold pop of colour on the lip with soft peachy skin and a delicate blush was the Queen’s signature look during her reign.

For her coronation, Elizabeth II reportedly commissioned Clarins to create a specific, personal shade of lipstick to match her red robe of state, specifying it should be ‘pink to red’ or ‘as deep ruby red with soft undertones’.

While we don’t know the favourites that sat atop the Queen’s dressing table, we can surmise her preferences by those to whom she awarded a royal warrant.

These include Elizabeth Arden, which has held a warrant since 1962. Her Majesty was said to be a devotee of its cult Eight Hour Cream, a multipurpose balm created in 1930 by Elizabeth Arden herself, to protect and treat the hooves of her beloved horses.

The Queen noticed its positive effects on her stable workers’ hands and the balm became a product in its own right – and a stalwart of supermodels and royalty. Eight Hour Cream was reportedly used by the Queen twice a day on her radiant complexion, to moisturise and prevent dehydration.

Clarins was another favourite, having held a royal warrant for ‘skincare and cosmetics’ since 2007. Rumour has it, the brand’s Ever Matte face powder in Transparent Fair was used by the Queen, alongside affordable US brand Essie’s pinkish-nude nail colour Ballet Slippers.

Hello! magazine claims the Queen’s bathrooms were furnished with Molton Brown’s Orange and Bergamot Bath & Shower Gel and Body Lotion (the brand has held a royal warrant since 2013). All royal households are apparently ‘well stocked’ with soaps from another (affordable) iconic British brand: Yardley.

Although we don’t know the Queen’s favourite fragrance, the only house to hold her warrant is British brand Floris, the longest-reigning beauty company in royal favour, with a warrant since 1820.

While the contents of a lady’s handbag should always be shrouded in secrecy, it has been reported that one of the few things with a regular spot in Her Majesty’s Launer Traviata was a pocket mirror and a lipstick (she apparently liked Elizabeth Arden’s Beautiful Colour Moisturising Lipstick in Wildberry). This was alongside reading glasses, mints and a fountain pen.

‘At the end of a luncheon or dinner, and even a banquet set with silver gilt and antique porcelain, she has the somewhat outré habit of opening her bag, pulling out a compact and reapplying her lipstick,’ revealed Sally Bedell Smith when publicising her 2012 book Elizabeth The Queen: The Woman Behind The Throne.

The Must-See Hair and Makeup Moments From the 2022 Emmys