I want to be the first makeup-free Miss Great Britain 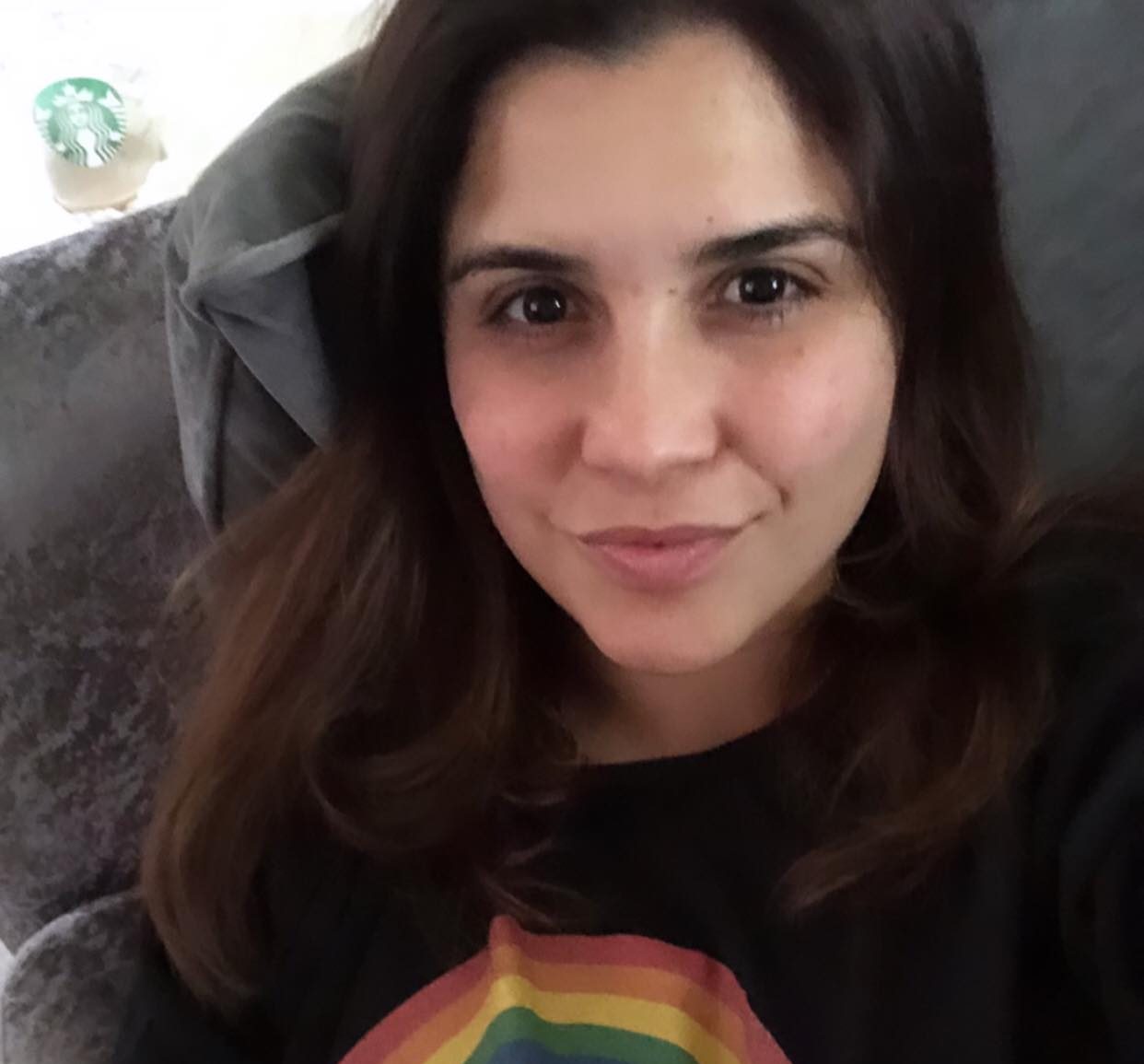 As soon as I finished competing in last year’s Miss GB competition, I knew I’d be back.

There was such a positive atmosphere; everyone was buzzing and so supportive to one another. I found it a very empowering experience.

I initially signed up because I wanted to challenge myself and grow outside of my comfort zone. I never thought I was good enough to be in a pageant, but I reminded myself that there could be someone else out there who feels just like me – I could show them that it’s possible.

With this in mind, I bit the bullet and signed up.

Last year I finished in 3rd runner up for Miss Publicity – an award for the girl who makes the biggest impact online. Finishing so close to the top was a huge achievement for me, considering this was my first ever pageant.

The competition is about who you are and what you bring to the table. It celebrates different women from all walks of life and they are all winners in my eyes.

Because of this, I’ve decided to enter again – but this time, I’ll be doing it as the first-ever contestant to go makeup-free.

In comparison, last year was a dolled-up affair: I wore a full face of makeup, false eyelashes and lots of lippy – total glamour. Each year contestants are given the option to have a sponsor for the competition – a franchise that will usually provide the contestant with outfits, accessories and looks for the final event. I even had a stylist and a makeup artist come with me as part of my sponsorship.

Since it was my first pageant, I did not know what to expect or what the judges were looking for.

From what I’d seen, strong makeup was part of the pageant look and I was worried if I didn’t look the part, I would get marked down by the judges.

I also associated going up on stage for Miss GB with every other performance I’d done, which I’d always worn makeup for.

I am a musician who plays live shows regularly. As a woman in music, I have been criticised several times about my appearance at gigs.

Once, someone said to me: ‘Your music would sound so much better if you wore a more revealing outfit and more makeup.’ That doesn’t even make sense! But I was a lot younger then and took this to heart, it affected me hugely.

So, I started wearing more makeup and was hugely self-aware at gigs. It impacted my performances in a negative way because I wasn’t having fun anymore – I was doing things to please others without asking myself if I was OK with it.

For a long time, I felt like I could hide behind it; it was a mask to cover my vulnerabilities and insecurities, putting a barrier between me and everyone else.

I found it hard, and still do to an extent, to let people know the real me for fear of being hurt or judged. While wearing it, I could be someone else; a braver more resilient version of myself.

To be honest, I had an unhealthy, unbalanced relationship with makeup and myself. I wore it because I felt like I had to for other people to like me. I would even plan out different looks that I thought would make me more popular and help me fit in.

When the first lockdown started, I was given the opportunity to reflect on myself and grow as a person because the everyday pressures of life were not there. I wasn’t able to distract myself by keeping busy.

At first this was scary, but slowly I learnt so much about myself and grew as a person because of it.

During lockdown, I went out less so there was not as much expectation to doll up. Over time, the process of letting that pressure go really set me free. Seeing my face natural all the time helped me realise that I’m fine just the way I am – whether or not I’m wearing a full face of cosmetics doesn’t change who I am inside.

Due to accepting myself fully, I have been able to access the correct support for my mental health and I have learnt to stay true to myself.

When the time came to sign up for the 2021 Miss GB contest, I was excited – I’d learned so much about myself, and felt ready to share it with the world.

I believed the pageant was the perfect arena to do this because they’re events that are admired and loved by so many women and girls. There may be those watching who don’t feel good enough in their own skin. I thought, ‘If they see me stepping out in my most vulnerable form on such a national platform, maybe they might feel encouraged to feel good enough about themselves?’

Growing up, I did not have any role models to look up to in the media. In the early 2000s, we didn’t have the #MeToo movement; talking openly about mental health was taboo, and people in the public eye could not show their vulnerable sides without a negative backlash.

I want to be someone I needed growing up. I want to support others and help them see that they are enough just the way they are.

So far, I’ve been through the preliminary rounds and interviews – all done online, as Covid restrictions meant that we couldn’t meet face to face.

At first, I was slightly worried about how other people would react to my choice. But, at the same time, knowing that I’ll be a part of the country’s oldest pageant using my bare face is liberating and empowering.

Everyone, especially the other contestants, has been very kind and encouraging of me doing this, and the reasons why. We are all connected on social media and have been supporting each other on our unique journeys leading up to the competition, so their responses have eased any nerves.

The next stage is the finals in Leicester on 16 and 17 of September.

The message I want to send out by not wearing makeup is that women have a choice to do what they want and that choice should be for themselves. I want to show that women deserve better than the self-doubt that society and the media has instilled in them for years, and women don’t owe anyone anything.

It’s something that I believe is important to share, especially in this age of intense social media usage. A lot of young people believe that if they don’t have that ‘perfect, influencer’ life, that body or that look, they are worthless.

Kids as young as five have access to apps that can change their face shape and body type at the click of a button. This is damaging to someone’s well-being, mental health and expectations.

As a society, we owe it to the next generation to do better for them – this is my small effort to help everyone know that they deserve to show up, exactly how they are.

I Made a DIY Hair Mask for Under $10, and It Was Better Than Most I've Bought