The Duchess of Cambridge gave an insight into her struggle with hay fever this week, being spotted with distinctly red-ringed eyes at an official engagement – but it’s not the first time the royals have been seen suffering at the hands of hay fever.

MORE: Kate Middleton’s severe allergy – did you spot it?

From Princess Charlotte’s adorable sneezes to Prince Harry’s dramatic atichooo on the sports field, here are the best photos of the royal family being struck by hay fever – we hope they had a tissue to hand! 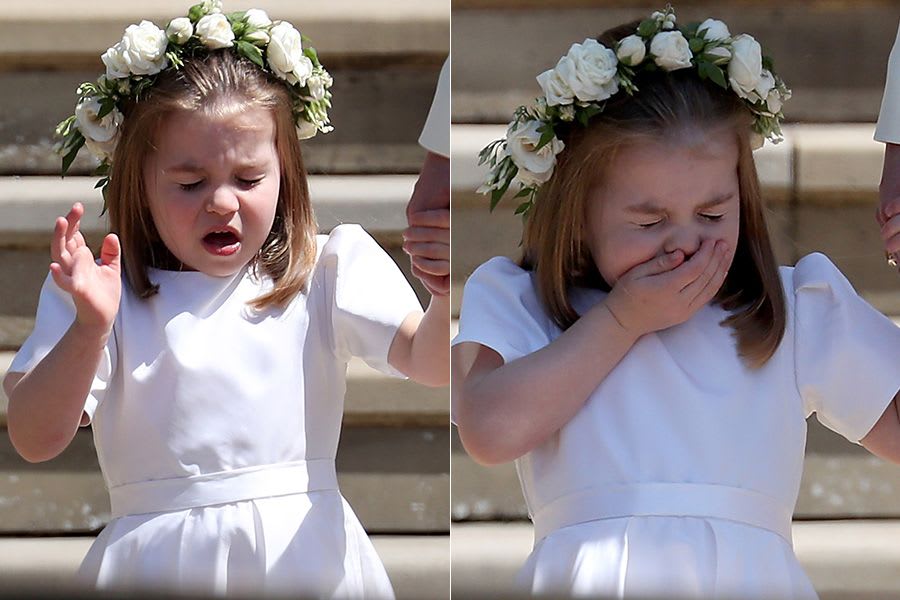 Charlotte still managed to look adorable when she was pictured sneezing at the Duke and Duchess of Sussex’s royal wedding back in May 2018. The flower girl was captured politely putting her hand over her mouth and squeezing her eyes shut as she did so, before getting back to waving to the crowds.

MORE: Will Princess Anne’s rare royal title be given to Princess Charlotte? 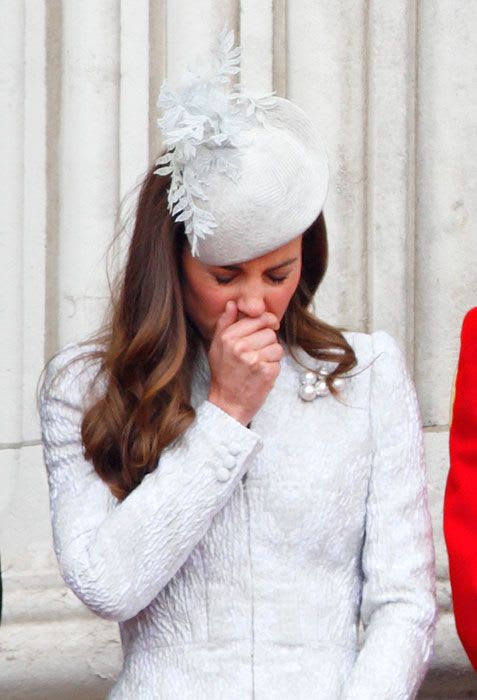 Hay fever sufferer Duchess Catherine has been pictured a number of times sneezing during the spring and summer months – including during a ride in the carriage during Royal Ascot and on the balcony at Buckingham Palace. 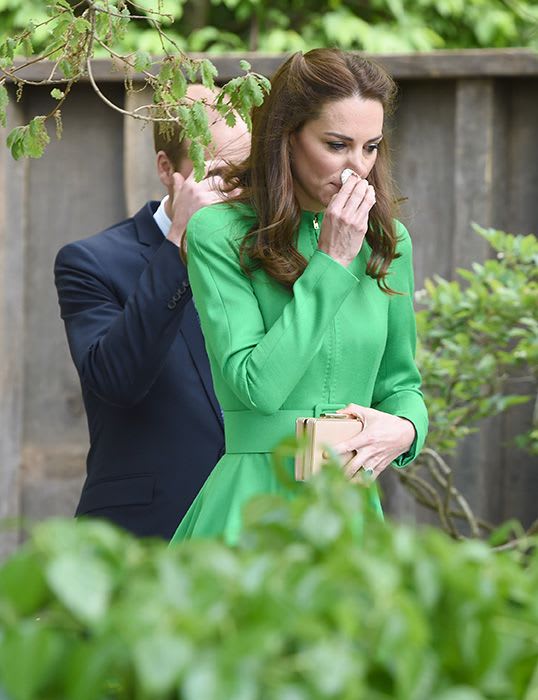 The Chelsea Flower Show is probably quite the ordeal for Prince William’s wife – being surrounded by pollen is a hay fever sufferers worst nightmare! In 2016 she was spotted delicately dabbing her nose at the event.

SEE: How to handle the heatwave like the royals: 16 very relatable photos 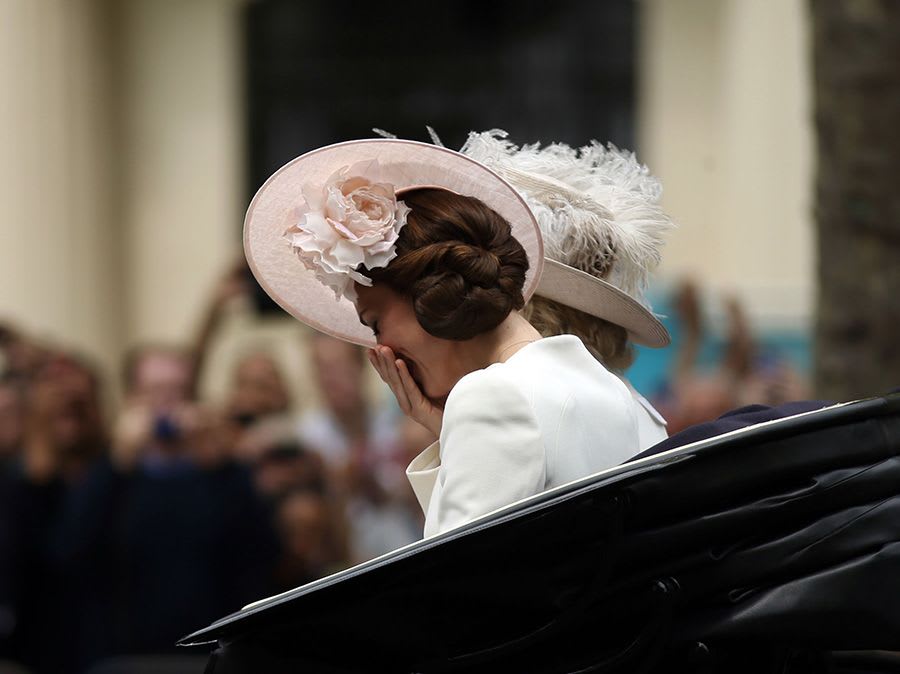 The Duchess of Cambridge was also hit by a case of the sniffles during a ride in the royal carriage during Royal Ascot. 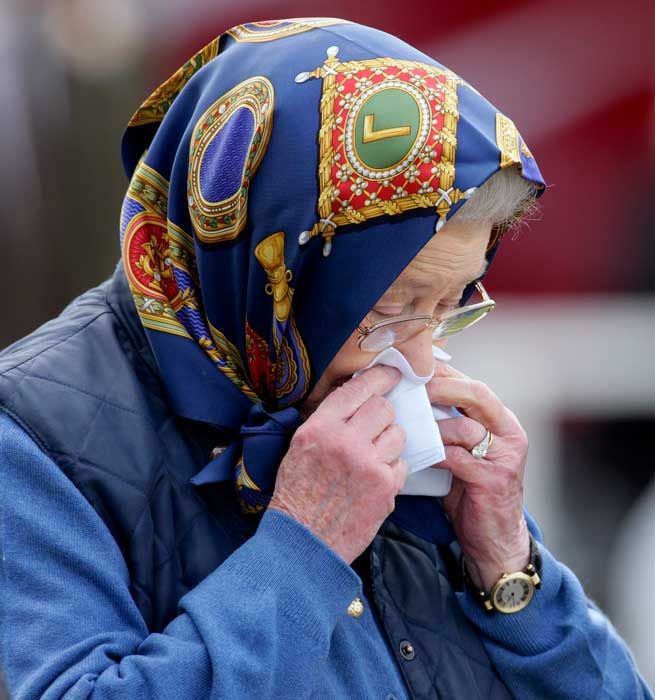 During her many years on the throne, there are remarkably few occasions where the Queen being struck with hay fever, This rare snap was taken in 2009 at the Royal Windsor Horse Show. Perhaps the pollen was particularly bad that year!

MORE: The Queen’s secret to ageing gracefully: Is this why the monarch looks so good at 96? 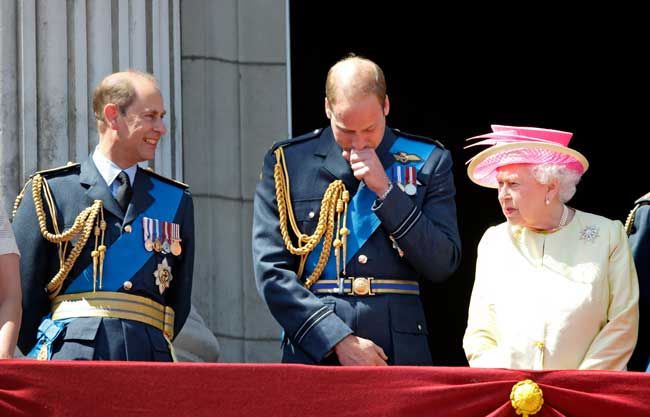 Prince William seems to be less affected by hay fever than his wife, but has been spotted sniffling on the odd occasion, including on the palace balcony, and once when he was much younger at a public outing in 2008. 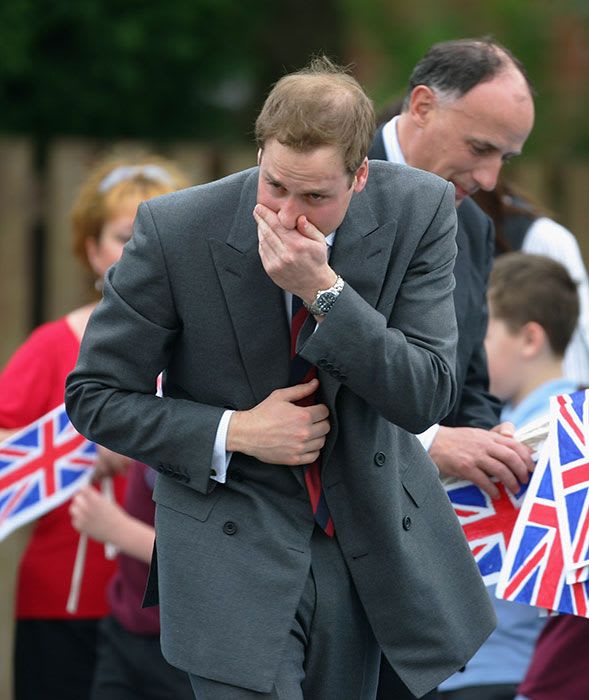 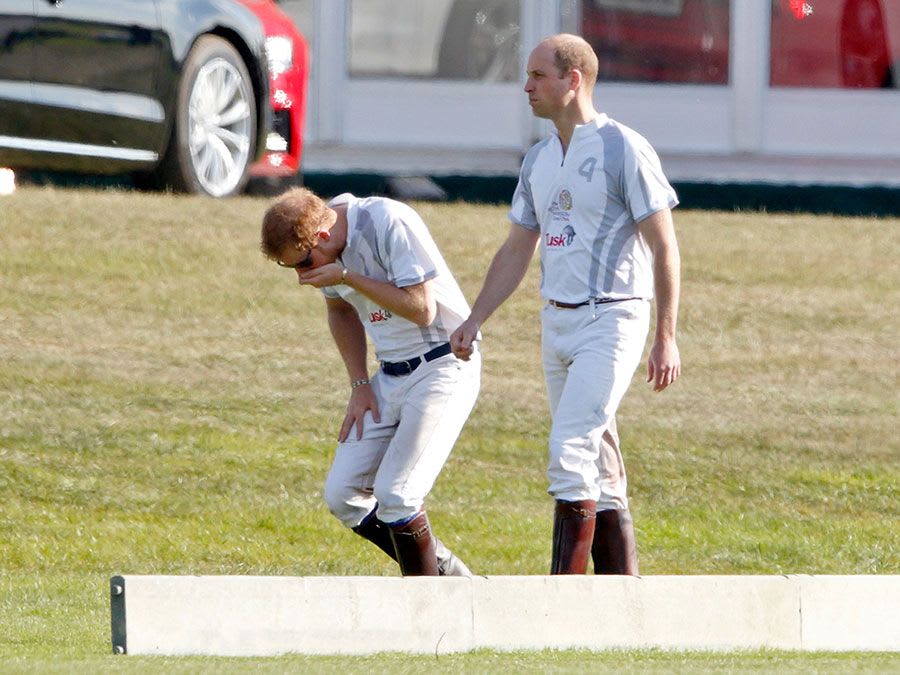 Never known for being quiet, Prince Harry let out a dramatic sneeze when on the sports field playing polo with his brother Prince William. Perhaps they both inherited hay fever from their father Prince Charles?

MORE: Prince Harry’s major physical change since US move – did you spot it? 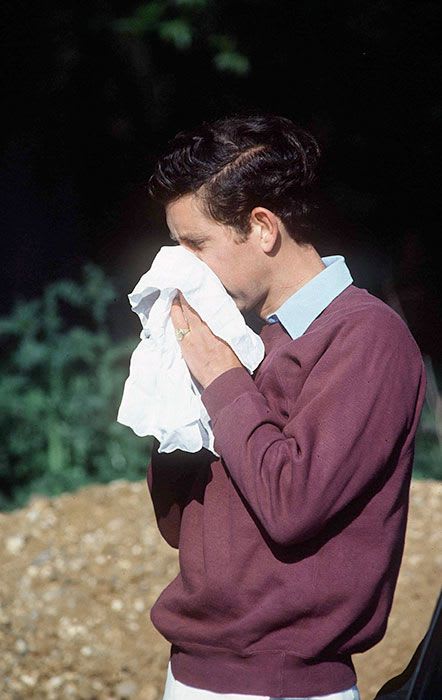 Prince Charles was certainly prepared for any allergies while out on a walk! The future King took out a giant handkerchief with him. 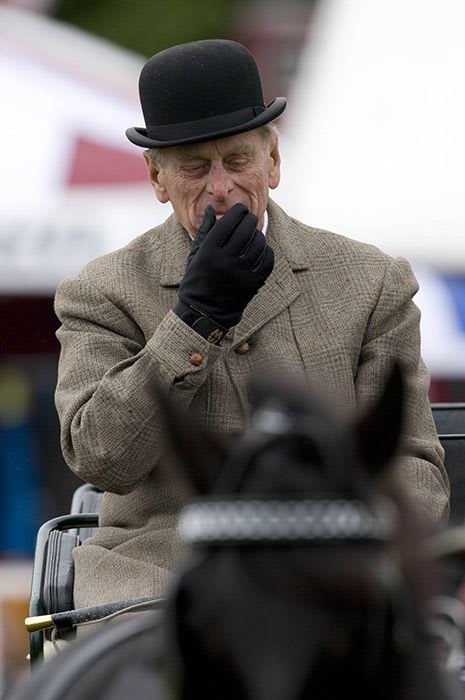 An attack of the sneezes certainly seems to run in the men in the royal family. Prince Philip was also spotted sneezing on occasion, including when indulging in his favourite sport, carriage riding.