Hollywood’s biggest night is proving to be a night full of major hair changes. First, Olivia Colman stepped out showing off a new blonde hair color. Then Little Women‘s Saoirse Ronan showed off fresh ultra-short fringe at the Academy Awards. The new chop was thanks to hairstylist Adir Abergel—who also works with Charlize Theron—and is known for crafting dramatic hair changes.

The actress wore a black-and-white Gucci peplum gown at the 2020 Oscars. E! reported that the black fabric on her gown is from the same reel as the dress she wore at BAFTAs earlier this month, a conscious move to promote sustainability in red carpet fashion.

Ronan’s new choppy bangs fall just above her eyebrows, giving them a 1920s flair. She paired the new hairstyle with a nod to the ’90s: a jeweled Gucci butterfly hair clip placed just above her left ear. With her hair pulled back, save for a few wispy flyaways, the hairstyle was the perfect canvas for her dramatic chandelier earrings. 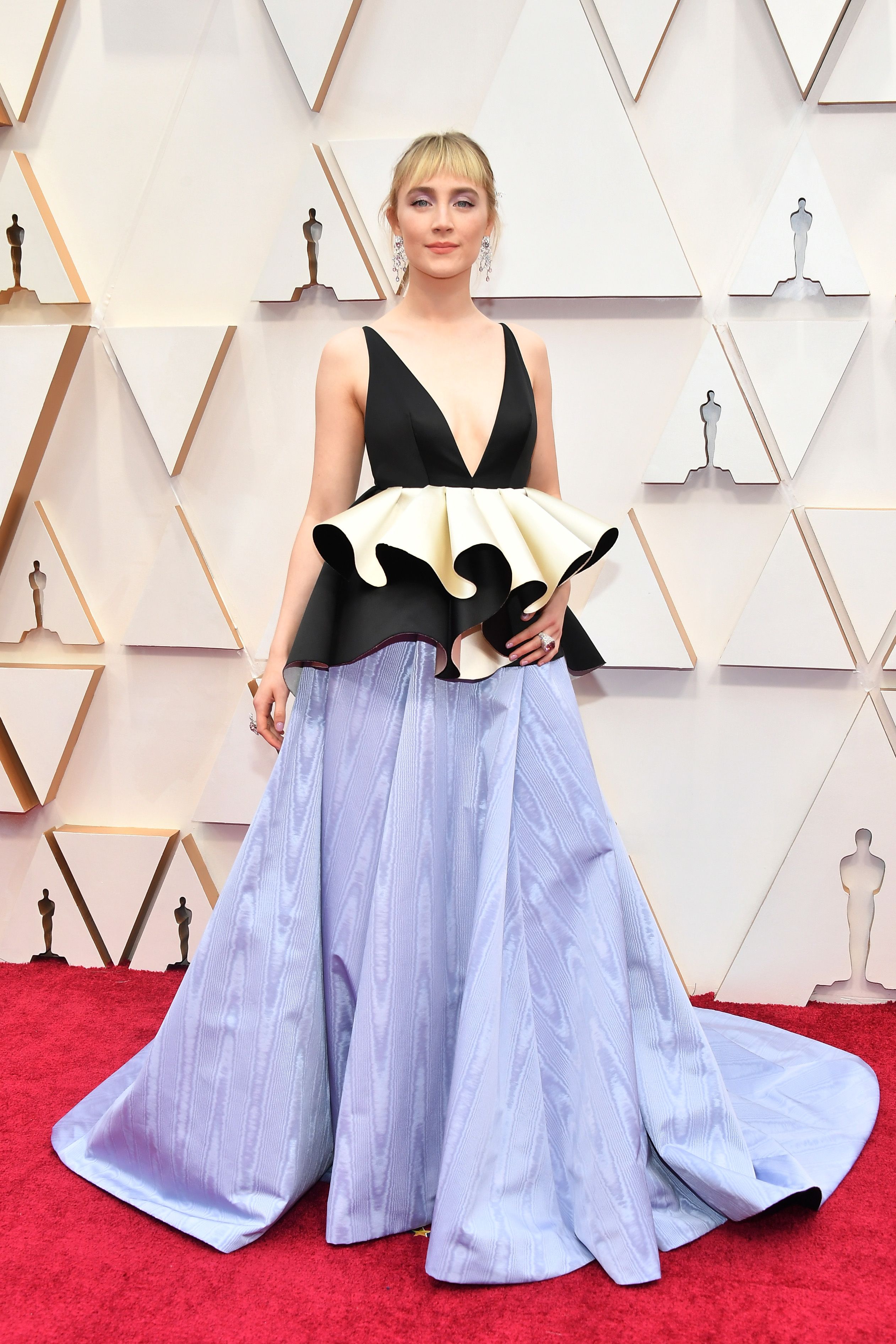 The actress tapped artist Kara Yoshimoto Bua, who works with Chanel, to do her makeup for the night. She wore a violet eyeshadow swept across both lids that perfectly matched the same shade of violet on the bottom half of her gown.

The actress is nominated for Best Actress for her role in director Greta Gerwig’s Little Women. “I think I really wanted to be in a film that had a bunch of girls in it,” Ronan said on the red carpet. “I hadn’t really done that before.”

Little Women is nominated for Best Picture tonight as well. Ronan’s costar Florence Pugh is up for the Best Supporting Actress award.