Nothing has spawned fan theories and memes in recent streaming history like WandaVision. But the series isn’t just fascinating for its onscreen action; everything that went down behind the scenes is equally enthralling. Case in point: these WandaVision behind-the-scenes facts about how Marvel made the show, plus some of the ideas that didn’t make it into the final product.

Considering how perfectly timed WandaVision‘s story of grief and coming to terms with a global catastrophe was (it ended just before the one-year mark of the U.S. shutdowns due to the coronavirus pandemic), it’s hard to imagine it wasn’t planned that way. But WandaVision wasn’t supposed to be the first Marvel series to premiere on Disney+. (That was Falcon & the Winter Soldier, whose premiere was pushed to March 19.) Nor was this supposed to be the opening to Marvel’s Phase 4. (That was supposed to be Black Widow, now arriving in May.)

But those external changes weren’t the only ones the show underwent over the process of filming. WandaVision‘s stories of what went on behind the scenes could make up an entire episode, from changing which shows it parodied to cutting entire subplots. Perhaps that’s why Disney+ has produced the documentary, Assembled: The Making of WandaVision.

Let’s round up some of the biggest reveals from behind the scenes of WandaVision:

1. Episode 1 Had A Live Audience 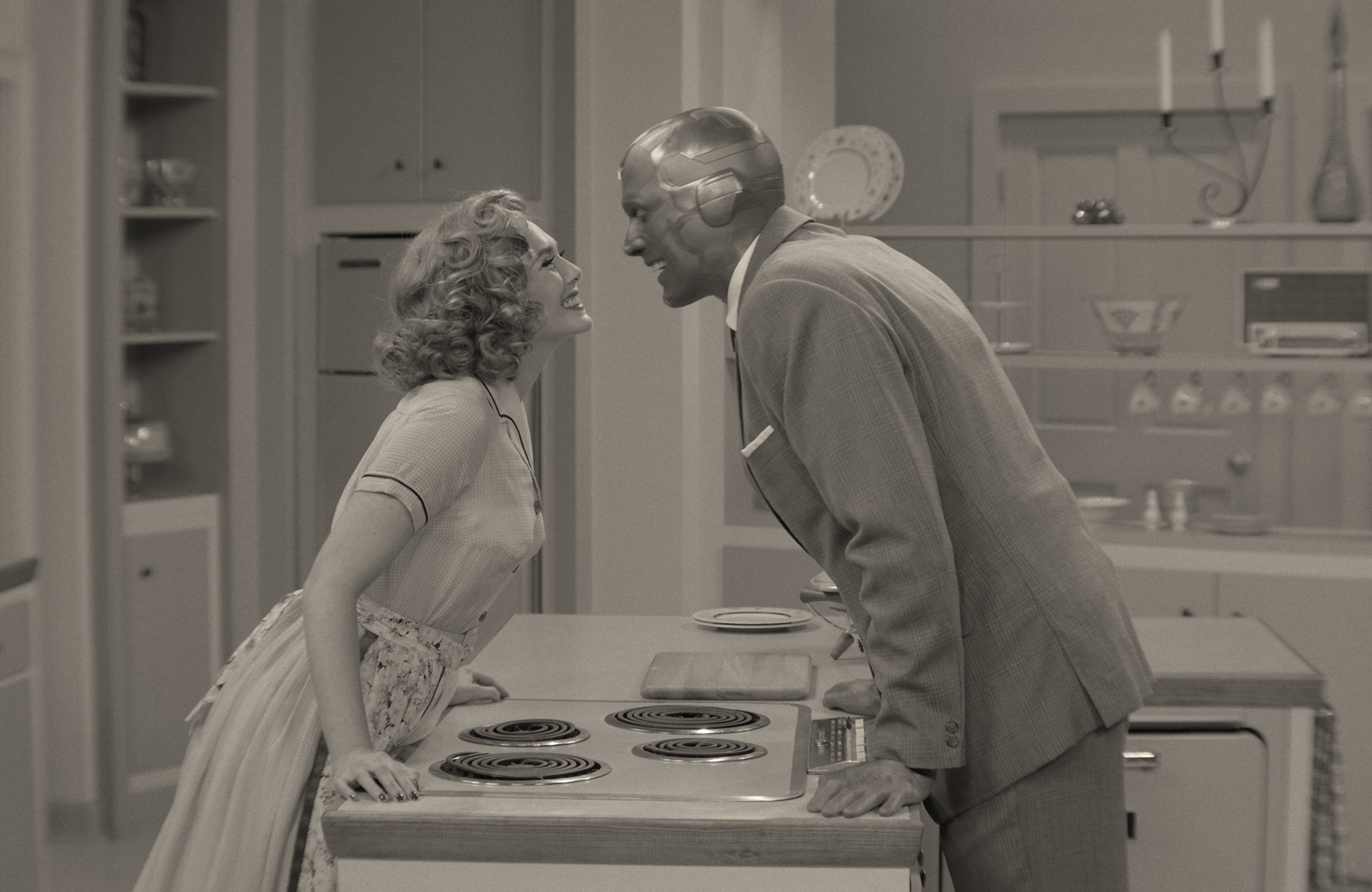 The title of Episode 1 was "Filmed Before A Live Studio Audience" and the production wasn’t kidding with that. The 1950s-era episode was filmed on a sitcom set and Marvel filled those seats with real people. (Fans got a look at the old-school setup for themselves at the end of Episode 8.)

2. Vision Was Repainted Blue For The Black & White Scenes 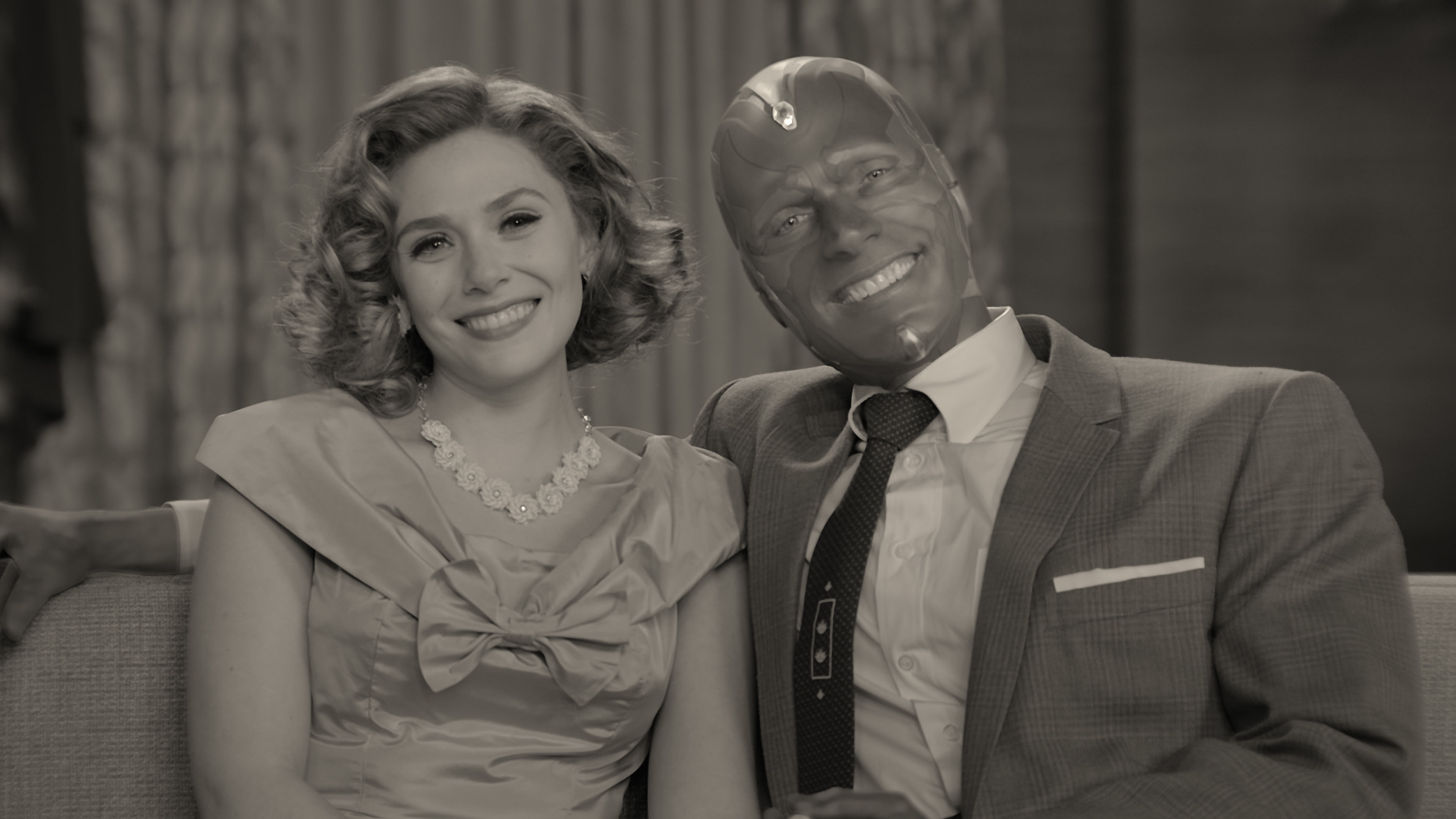 Filming in black-and-white and using period lighting wasn’t the only lengths WandaVision went to in making the series look and feel like an old TV sitcom. The series also adjusted the costumes and makeup to get the right look. That meant changing Vision’s entire color scheme, as the red makeup didn’t read correctly on black-and-white film. So, he was repainted blue to get the right contrast.

3. Agnes’ Rabbit Was Supposed To Be A Demon 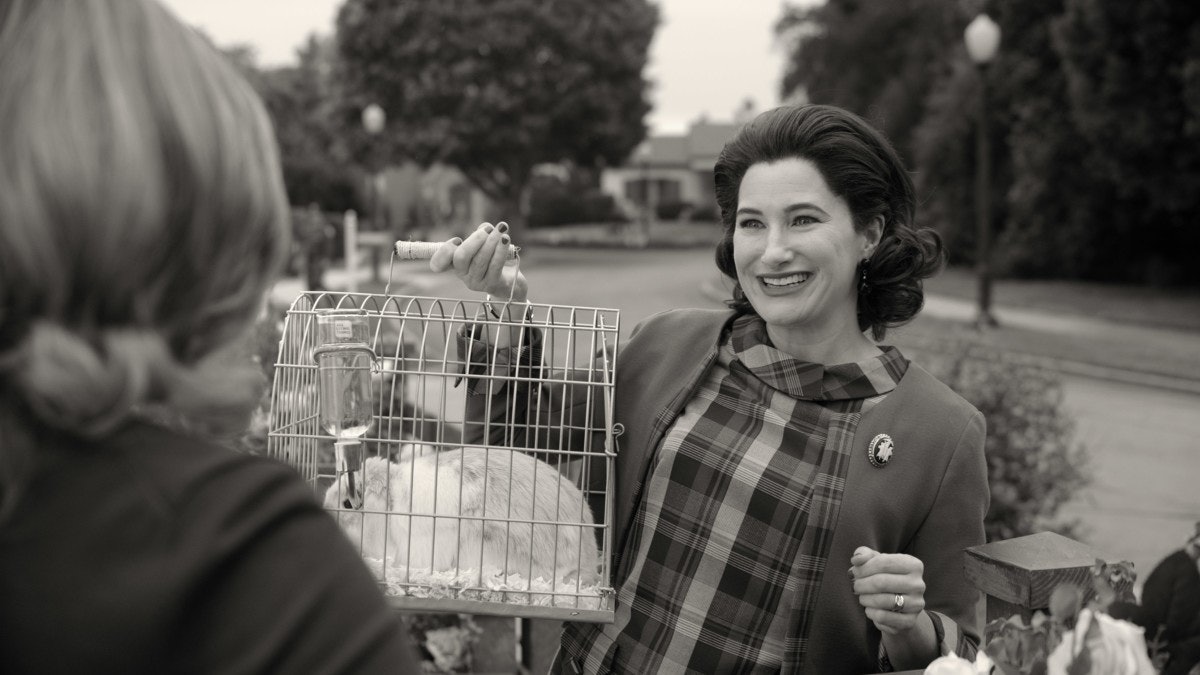 Fans spent weeks theorizing whether Agnes’ pet rabbit, "Señor Scratchy," was a hint at her true witchy nature. Audiences guessed the bunny was everything from an evil spirit to Mephisto himself. But when Agatha revealed herself as a witch, the show left her bunny to the wayside. So, was it just a bunny? Apparently not. The show cut an entire subplot dedicated to Monica versus the long-eared hopper, in which he would have been revealed as a demon.

4. There Was Nearly A ‘Mary Tyler Moore Show’ Episode 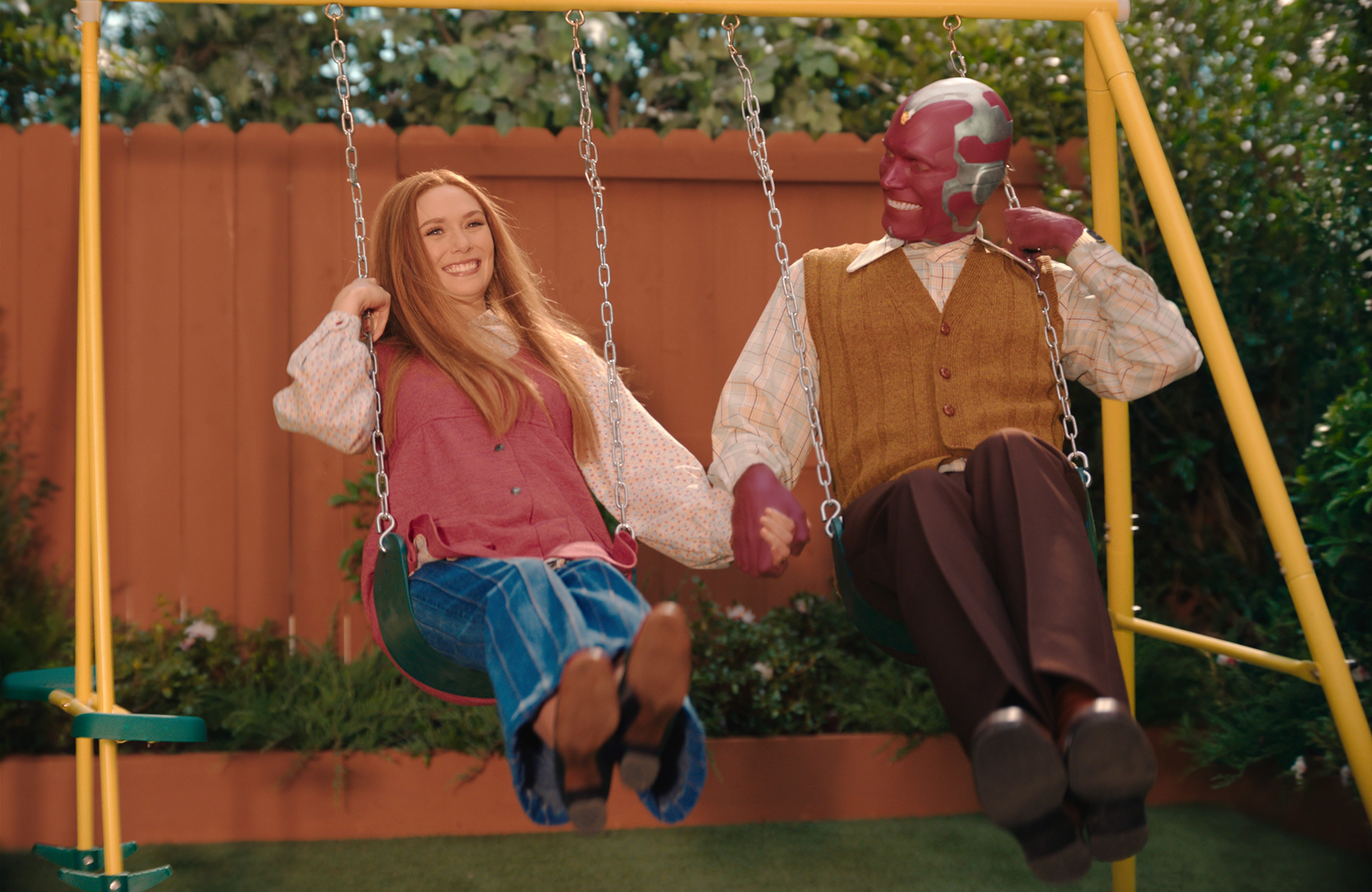 It seems hard to imagine WandaVision was ever going to be anything but a tribute to the happiest of family sitcoms. But the original plan was much more wide-ranging. According to showrunner Jac Schaeffer, early on, the series planned to do a Mary Tyler Moore Show parody in which Wanda struggled with work-life balance. But the writers ultimately decided to stick with family-oriented shows.

5. Episode 4 Was Originally A ‘CSI’ Parody 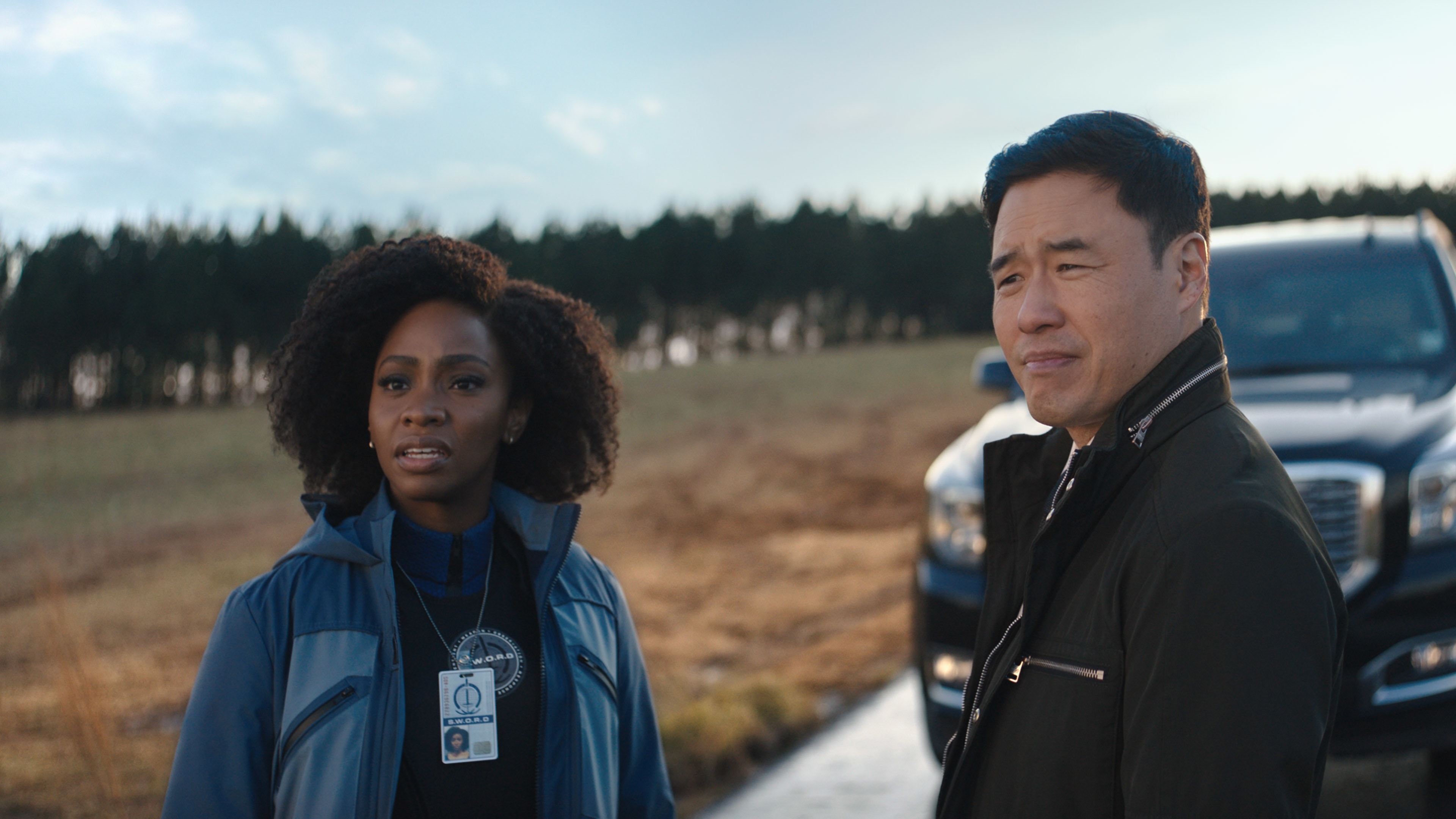 Episode 4’s "We Interrupt This Program" was also initially modeled on a different show. Schaeffer said in the show’s original pitch, the "reveal" episode would have been a CSI parody, breaking away from the sitcom format altogether and introducing modern TV series tropes way ahead of the final episodes. But, as with the Mary Tyler Moore Show idea, the writers decided to stick with sitcoms and go with a clip show. 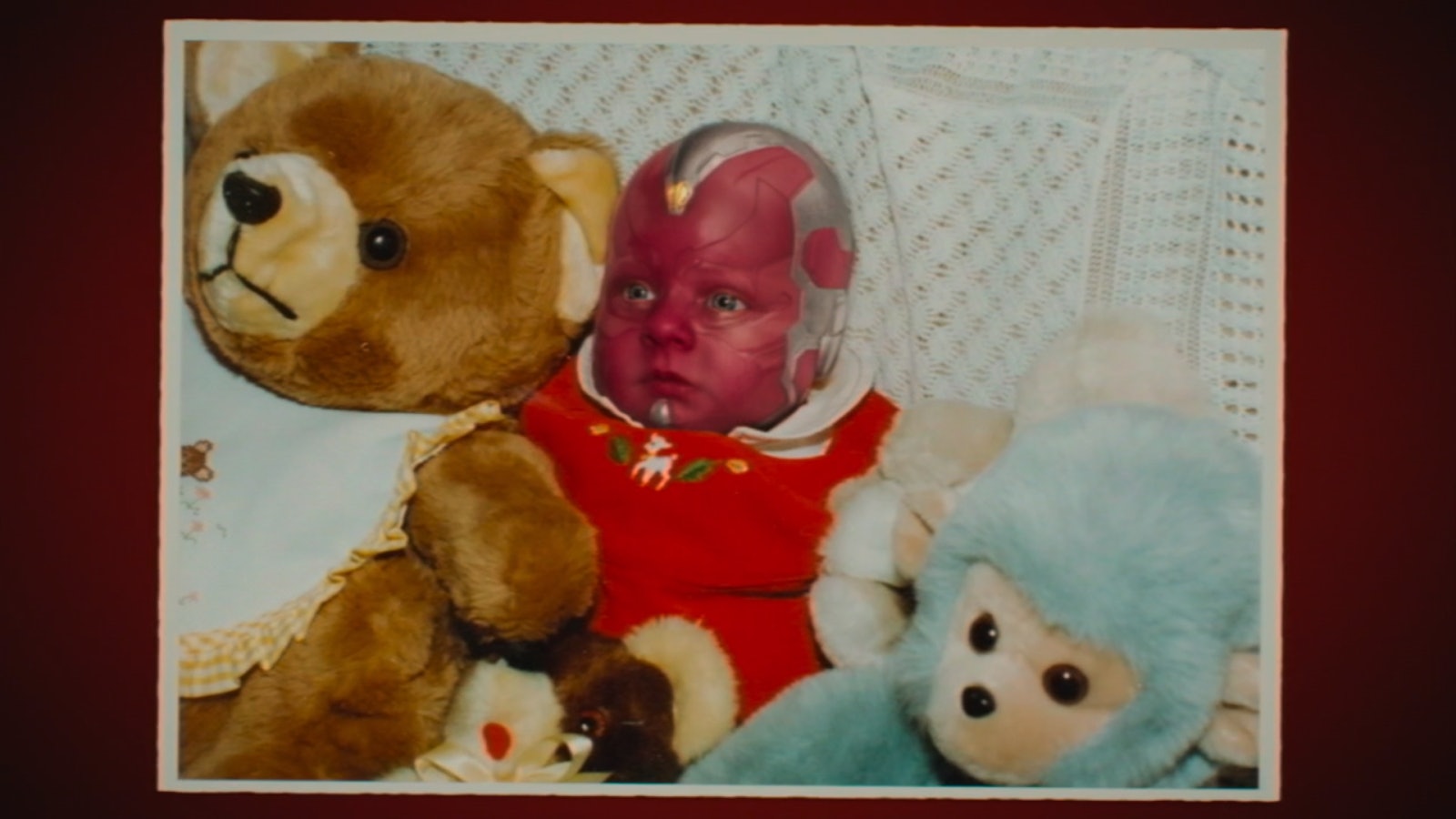 In most series, when there are "childhood" pictures of a character, the adult actor will usually donate pictures of themselves at the correct age so that the photos look believable. But in the case of Paul Bettany, there weren’t any real-life pictures of him as a toddler that worked for a "Baby Vision." Instead, the show doctored up a photo of the VFX coordinator. 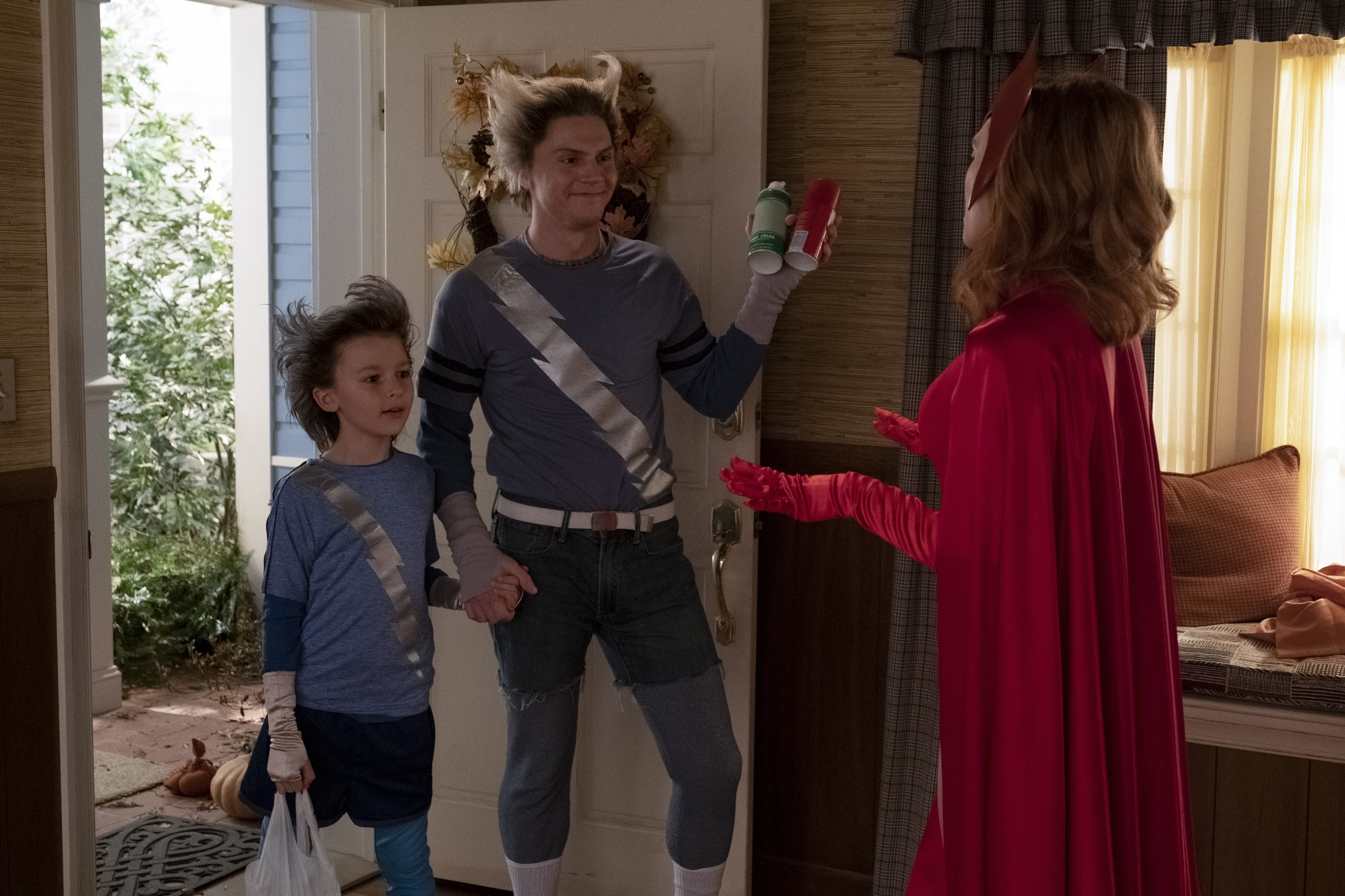 The (re)casting of Pietro from Aaron Taylor-Johnson (who played the character in the MCU’s Age of Ultron) to Evan Peters (who played the same character in Fox’s X-Men films) was a fantastic gag. But it also raised questions. Had Peters not been available, would the show have brought on Taylor-Johnson? Schaffer said no, there was no backup plan had Peters not been available. 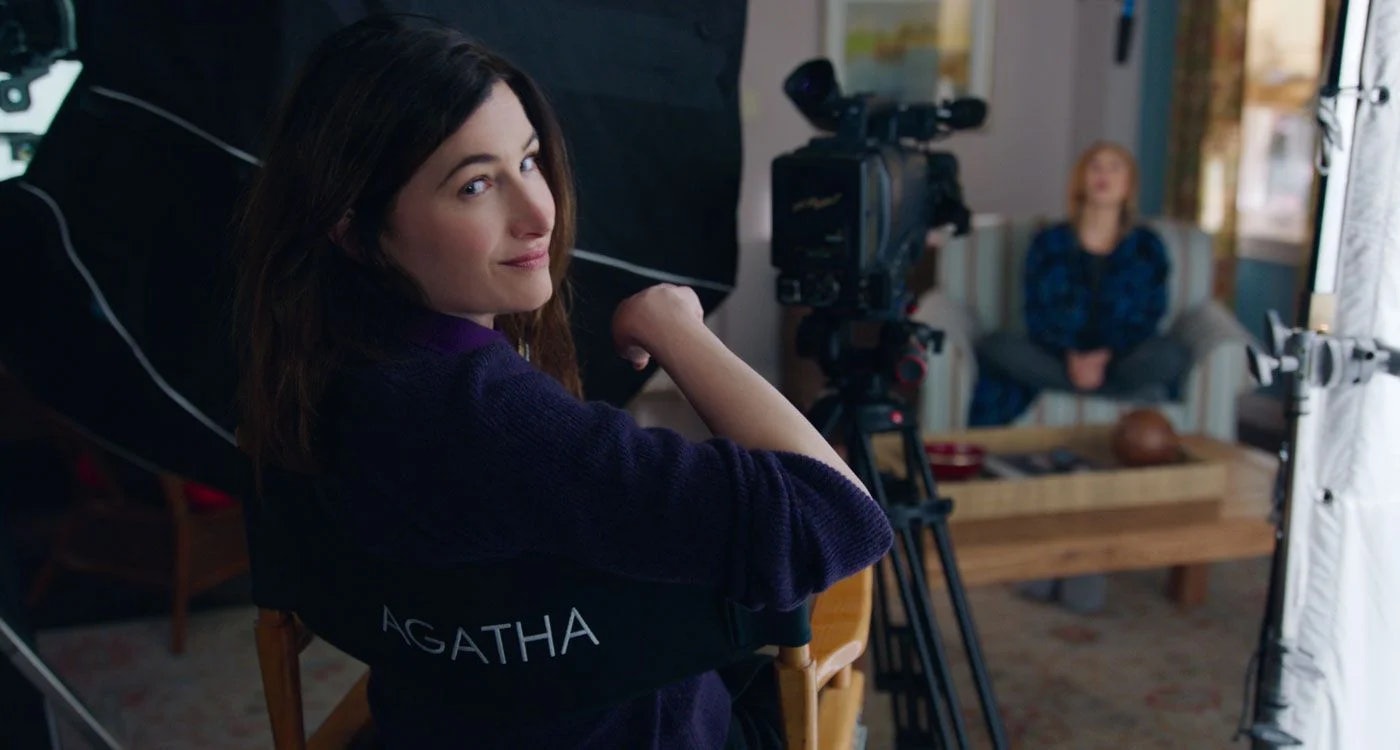 WandaVision‘s unexpected Billboard hit was a jolly jingle that had everyone singing "Agatha All Along" for days. It turns out, the bewitching singer who planted that earworm square in fans’ heads was, in fact, Agatha all along. Kathryn Hahn is credited as a featured artist on the track.

9. Bettany Hinted At That "Vision Versus Vision" Scene 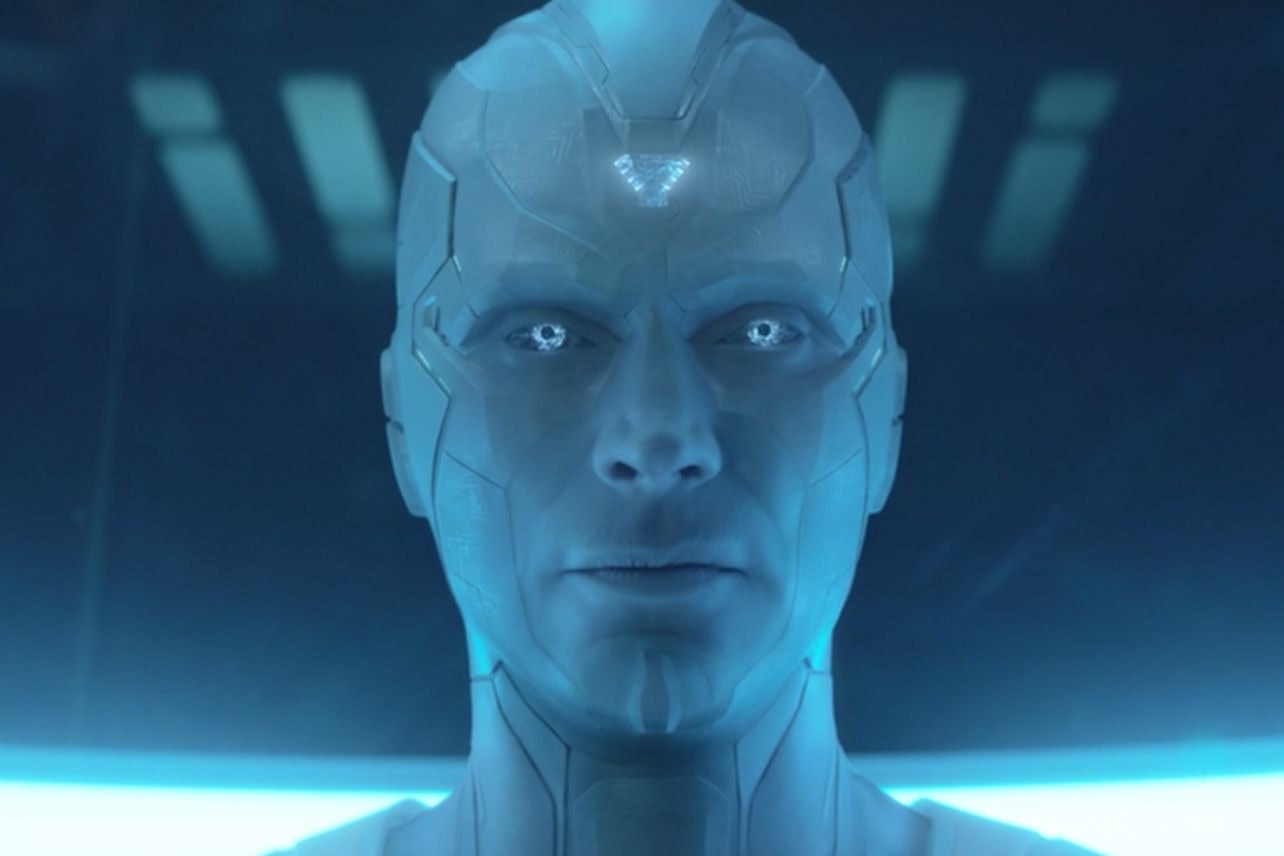 Early on, Bettany had fans in an uproar over a forthcoming cameo, when he said he’d be working with an actor he’d "longed to work with" his whole life. It turned out, he wasn’t talking about Benedict Cumberbatch or Tom Hiddleston. He was just trolling the interviewer, talking about himself playing two Visions and the forthcoming Vision-on-Vision action sequence in the finale.

10. ‘WandaVision’ Was Supposed To Lead Directly Into ‘Dr. Strange’ 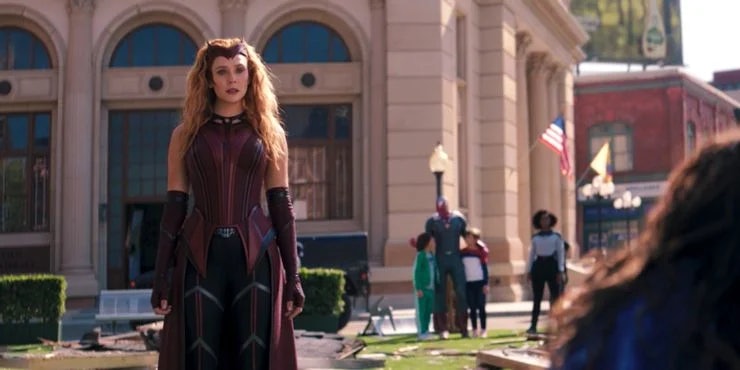 WandaVision was initially supposed to be the fourth title in the MCU’s Phase 4 run of releases. Moreover, its timing was supposed to line up with the big-screen release Dr. Strange & the Multiverse of Madness, so the finale would run just before the film hit theaters in May 2021 and prep for Captain Marvel 2 in 2022. Unfortunately, the pandemic has pushed both those films down the calendar a full year, leaving fans waiting much longer to see how the series ties into them.

WandaVision is streaming on Disney+ now.