Way back in the days of January 2021, Ben “Not My Batman” Affleck and Knives Out star Ana de Armas ended their relationship after 10 months of dating. It was kinda nice while it lasted—you know, for fans who weren’t convinced it was a big fat PR stunt for their movie Deep Water, which came out on Hulu today, BTW—but all good things come to an end, as they say.

Lord knows I live for the ~drama~, but the only way to truly figure out if there actually was anything between Ben and Ana is to analyze the evidence like my FBI agent boss would want me to. So without further ado, and because we all need a distraction, let’s take a look at Ben and Ana’s dating timeline to see exactly when things went south. 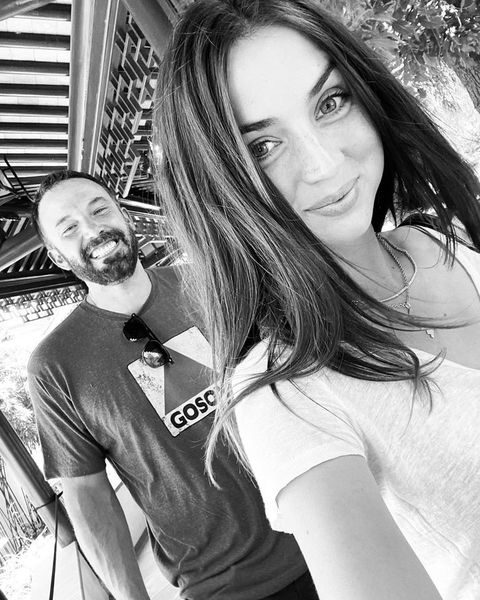 Production begins on the pair’s new movie Deep Water and they fully connect on-set. According to a People source, Ben and Ana had “great chemistry right from the start. Ben always seemed very relaxed and happy around Ana, but at the time, there were no signs of romance. He was very focused on making a fantastic movie. He arrived early and was one of the last people to leave.”

Psst: Ben and Ana play a couple in this movie, just saying.

Ben tells Diane Sawyer that in five years, “I would love to have a relationship that is deeply meaningful and one to which I could be deeply committed….Five years from now, Ben Affleck is sober and happy and sees his kids three and a half days a week and has made three or four movies that are interesting to him. I directed two [movies] that he is hopefully proud of and is in a healthy, stable, loving, committed relationship.”

[email protected] opens up to @DianeSawyer on his supportive friends in Hollywood, his sobriety and his new movie “The Way Back.” https://t.co/cjkwru67WQ pic.twitter.com/GJoe05cJrN

Looks like Ben got his wish! He and Ana are spotted vacationing in Cuba, and naturally, fans snap pics:

A source tells People that Ana and Ben are “definitely dating” and that “Ana was his tour guide and took him to all her favorite places” in Havana. Cute, but also…shouldn’t they be isolating? Like…guys. Read the room.

Ben and Ana are photographed wandering along a beach in Costa Rica, where Ben spent a lot of time taking what turned out to be insanely blurry pics of Ana. Naturally, TMZ made them into a video:

Meanwhile, Us Weekly also confirms Ana and Ben are dating, with a source saying, “Ben and Ana are happy together and officially dating. Jen [Garner] has completely moved on from Ben in a romantic sense. She considers him a friend, thinks he is a good dad to their children, and respects him. She is happy in her own life and supportive of him and happy for him and his relationship.”

Ana posts the photos Ben took of her to Instagram, and the world is floored by his inability to focus a camera.

Ben and Ana are spotted on a coffee run in Los Angeles, despite calls for social isolation amid the coronavirus pandemic. 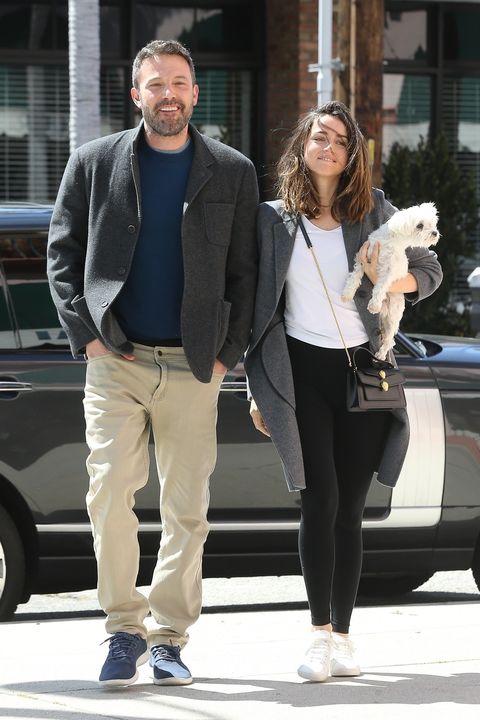 After about 26 days of dating, Ben is ready for Ana to meet his three kids. The only holdup is that his ex-wife, Jennifer Garner, thinks it’s all a bit too soon. But it sounds like they’re working it out because according to an Us Weekly source, “Ben is understanding. [He] said he would work with Jennifer to prepare the kids for meeting [Ana].”

Welp, it was only a matter of time, folks. Ben and Ana take their relationship to the next level, and by next level, I mean they go Insta official. Ana and Ben celebrate her 32nd birthday and take a bunch of pics, two of which show them coupled up and holding each other tenderly. Dare I say…they’re growing on me??? 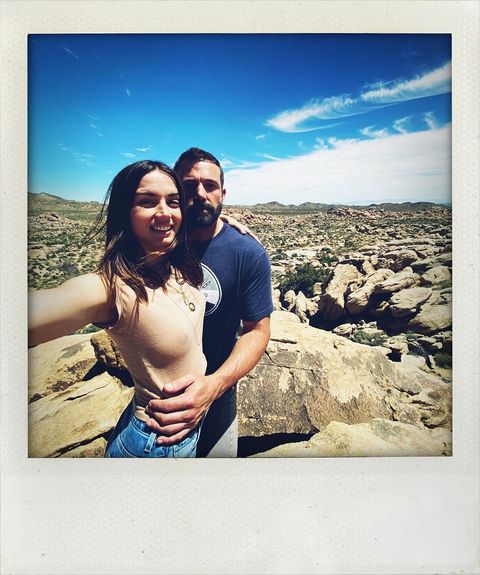 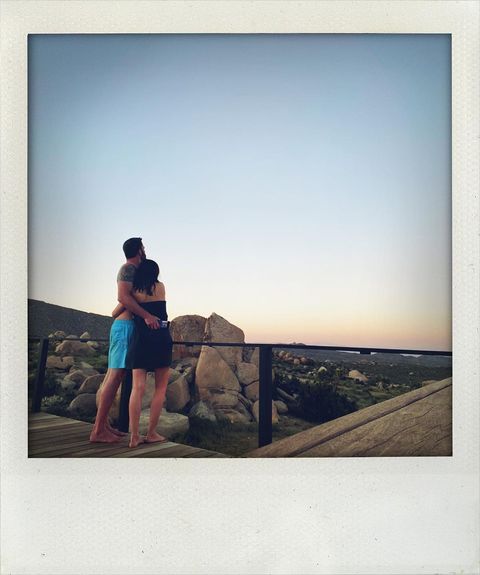 Ana and Ben just got even more serious and made their relationship “music video official,” by which I mean they made out in a YouTube video. Fast-forward to 2:20 to see Ana and Ben kiss in the middle of the desert in rapper Residente’s “Antes Que el Mundo Se Acabe” vid.

Sources say Ana and Ben only continue to get more ~serious~. People reports that Ana spent Memorial Day weekend with Ben and his kids with ex Jennifer Garner—Violet, Seraphina, and Samuel.

“He wants the kids to spend time with her so they can get to know her,” People’s insider said. 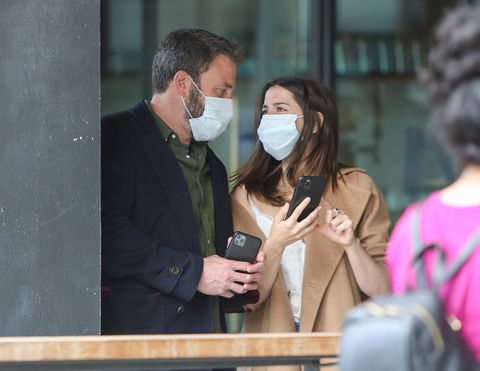 “They are enjoying their time together,” a friend of Ben’s added to the outlet. “He makes her laugh and she’s a great influence. They safely visit with his family and he works to make sure he is healthy and present for his family. His priority will always be his children and making that work.”

Looks like things between Ana and Ben’s kids are going swell, because they just purchased an entire cardboard cutout of Ana…and put it on their dad’s front lawn. Who knows what the motivation behind that move was, but it’s hilarious!

Ben turns 48, and Ana marks the occasion by gifting him his-and-hers motorcycle helmets, which you can see right this way.

“Ben and Ana really care for each other and they have a good thing going,” a friend of the couple adds. “She’s aware that his family comes first. And appreciates that. They work very hard at that balance.”

It’s the holiday season! Ben and Ana spend their first Thanksgiving together, and the whole day goes swimmingly. The couple hosts a “family-filled Thanksgiving weekend together,” according to People, along with Ben’s children, Violet, Seraphina, and Samuel. “Ben and Ana seem great…everyone seemed very happy. Ana has been traveling so she had not seen the kids for a while,” the source adds.

As boo’d up and Ben and Ana seem to be, their connection does not last into the new year—after *almost* a year of dating, the two decide to call off their relationship…and over the phone, no less.

“They have had numerous discussions about their future and they decided together to break up,” a source tells People, while a second source adds that the breakup is “mutual and something that is completely amicable. They are in different points in their lives; there is deep love and respect there.”

If you’re wondering why Ben and Ana ended things after all this time, here’s what we know: According to a Page Six source, “[Ben] would not commit to having more kids. She is in her 30s. It was a deal breaker.” Another source chimes in and says, “Ben is not in a place to start a new family. Both he and Ana have three jobs lined up. His family has [been] and will continue to be his focus.”

And as for that hilarious cardboard cutout of Ana??? Yep, that is currently on its way to a trash facility in Los Angeles. There is some hope that Ben might buy another one someday, because a source tells Page Six “they could get back together,” “they are in love,” and “people who know them believe it’s temporary.”

For what it’s worth, Ana seems to be handling the split well—she debuted a suuuper-cute ’20s-inspired post-breakup haircut that screams, “I’m a free woman!” 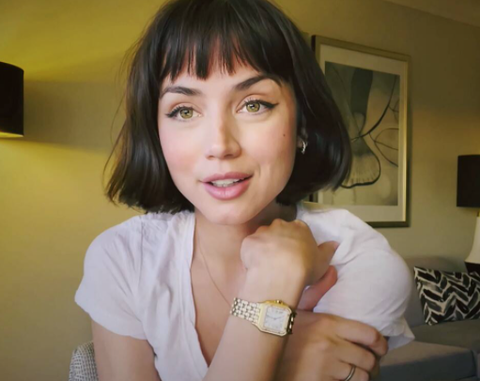 Ana’s Twitter is gone…like, gone gone. She quietly deletes it on the heels of her breakup.

No word yet on whether she’ll ever return to social media, but I must say…I will miss her beefing with the people who run her own fan account.