The BBC Sports presenter Alex Scott, 35, was reportedly seen with the Corrie actor, 34, who plays Ken Barlow’s grandson Adam, in London, this weekend. Scott was allegedly spotted on a  “champagne dinner date” at Dent Street Townhouse where the pair were said to be “flirting”, according to The Sun. The former-England defender hit the headlines recently after it was believed that she was due to replace Sue Barker on ‘A Question of Sport’ – but the BBC has not confirmed the claim. Last year, Scott’s love life was speculated on during her appearance on ‘Strictly Come Dancing’. She rebuked claims that she was dating dance partner Neil Jones but gave insight into her plans for romance and since then has dropped a number of hints at her hopes for a future relationship.

Before Scott and Jones were evicted in Week 11 of the dance contest, placing fifth in the overall competition, reports circulated that the pair were dating.

They both denied the claims and in the wake of speculation over her love life, she expressed that she was happy to wait until she met someone special.

She said: “I’m single but it’s not like I need to find someone.

“I like things to happen organically and if someone comes into my life and we get on, then great… It’s not like I need to go searching for it.”

When Jones was asked the same question by Hello! Magazine last year, the dancer – who had split-up with his wife Katya Jones – admitted that love was the last thing on his mind.

He said: “I’m single but I haven’t even thought about dating. Coming out of a long-term relationship, I’m just focusing on Strictly.”

Jones addressed the rumours about him and Scott when he said: “There’s nothing on our minds but the show – we don’t have time to think about anything else.”

While they were still on the show, their performance of the Argentine Tango hit the headlines after their microphones became entangled and they were stuck close to one another. 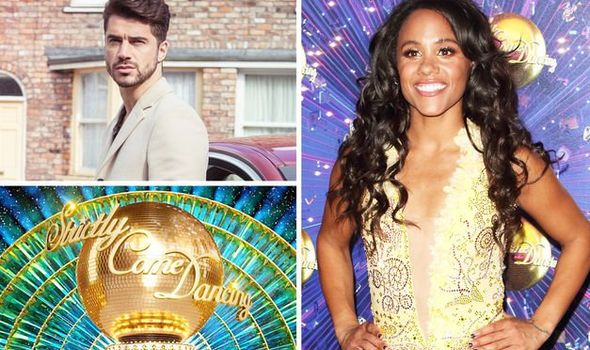 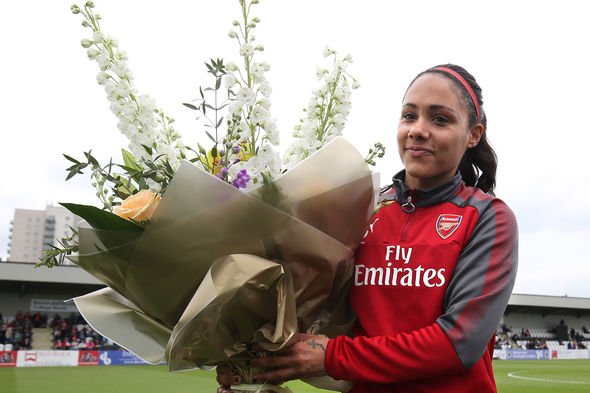 Strictly’s Twitter account shared the moment, when they quipped: “‘No other dances connects people emotionally or physically’ (take their microphones for instance!)”

In previous years, Scott had remained tight lipped about her relationships but after she left the show the former footballer dropped a cryptic note on social media in reference to the dating site Tinder.

She shared a picture where she stared at her phone and wrote: “Swipe left, swipe right” with a wink emoji.

While Scott protested there was nothing between her and Jones, at the time she admitted she did feel something for him during an interview with Stella magazine in January.

She said: “Straight away we had a connection and people could see there was a chemistry between us.

“But I’m single. I came out of a long-term relationship just before I went on ‘Strictly’.

To find out details of coronavirus in your area, please fill in your postcode below. 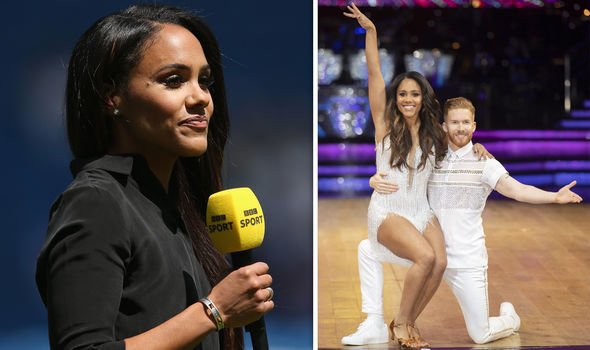 “Neil has just come out of a marriage, which I think is where the rumours came from. But we’re just friends. Nothing more than that.”

In June, this year Scott claimed that BBC drama ‘Normal People’, a TV show known for its saucy scenes, made her want a relationship during an interview with fellow ‘Strictly’ star Michelle Visage.

She said: “After watching Normal People I’ve realised I’ve been single for a while now and I need to make more of an effort because I’m ready to have someone in my life.”

When asked if she had taken any steps to change her relationship status, she said: “I can’t do anything in lockdown.”

But this week, claims of a potential relationship between her and Sam Robertson emerged after they were seen together in London.

A source told the Sun: “They both looked totally relaxed about being out together, even though they’re both very famous now.

“Strictly made Alex a household name so she’s instantly recognisable, and Sam is a big name on Corrie so they probably knew they’d be spotted out together but didn’t seem to mind at all.

“They laughed and flirted with each other and had a great time before heading off looking very cosy. They’re clearly both happy.”