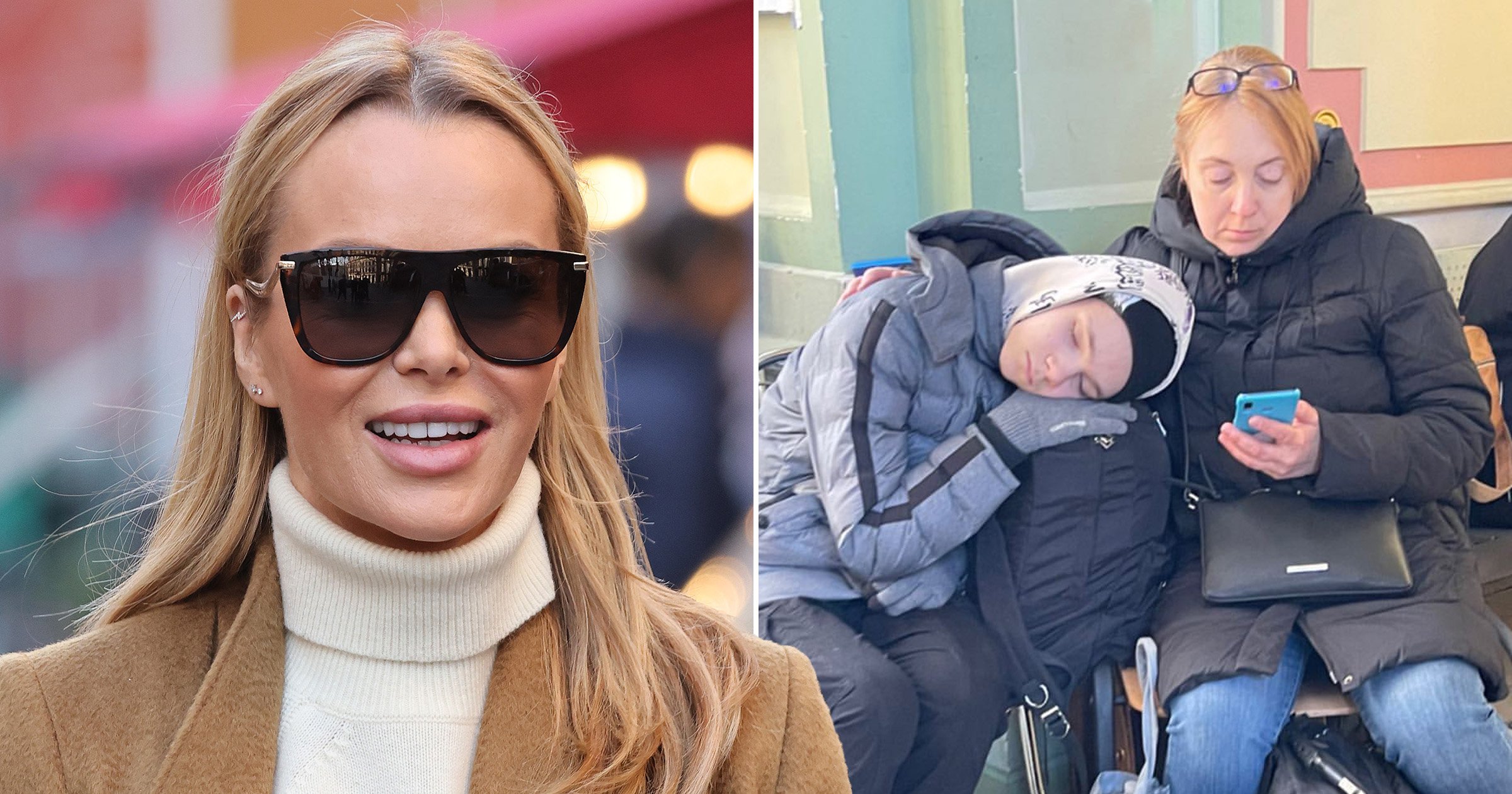 Amanda Holden was left speechless as she witnessed exhausted refugees at the Ukraine border, amid fears Vladimir Putin could use women to infiltrate the UK.

The Britain’s Got Talent judge is currently reporting from a refugee camp in Medyka, Poland for her new podcast which aims to tell the stories of those affected by Russia’s invasion of Ukraine.

On Sunday, Amanda shared a heartbreaking photo of a young woman sleeping on her bag while sitting on a chair and leaning against a female relative at the camp.

She wrote in the caption: ‘Priti Patel has said Vladimir Putin might try to use Ukrainian women and children to infiltrate the UK.

It was in reference to the Home Secretary’s recent claims that Russian President Mr Putin could use female spies for attacks in the UK.

‘Times of conflict, my friends, emphasise our need to remain watchful.

‘Only four years ago, the Russian military intelligence services used a chemical weapon on British soil. It happened in Salisbury, a beautiful city, whose inhabitants would have felt completely safe. Dawn Sturgess could never have imagined that she would lose her life to Novichok.’

She continued: ‘The truth is that a very small number of people can wreak utter havoc and Russia has a history of covert hostile activity.

‘I’m afraid it is naive and misguided to think that only men can be covert operatives. Or that refugee flows would not be subject to some form of exploitation.

‘There are those who would come to our country – to this country – who would mean us harm and would plot to strike at our very way of life.’

During her visit to the refugee camp, Amanda shared footage of drawings from some of the displaced Ukrainian children passing through the humanitarian centre.

The Heart FM presenter earlier praised the humanity and sense of community she has witnessed as generous donations have poured in.

She told the Daily Star: ‘I am literally watching people trickling in from over the border.

‘It’s extraordinary to witness how quickly people have got together. There’s a whole village here.’

Amanda launched her Ukraine’s Hidden Voices Podcast after being contacted on social media by a woman from Ukraine and wanted to share their stories.

The talent show panellist has so far made seven episodes after jetting to Poland to see first-hand what is happening.