Ana de Armas has a brand new look! The 32-year-old actress debuted a short, sleek haircut amid her split from Ben Affleck.

De Armas’ new ‘do was seen publicly by fans for the first time in a video that streamed on YouTube on Sunday, in which she praised close friend Claudia Muma. The actress — who is now rocking a chin-length bob with bangs — wore a white T-shirt and kept the rest of her look just as casual, accessorizing with a delicate necklace, a watch, and a few rings.

Muma previously shared a peek at de Armas’ new haircut on New Year’s Day, causing some to speculate on whether the Knives Out star went for a post-breakup chop. 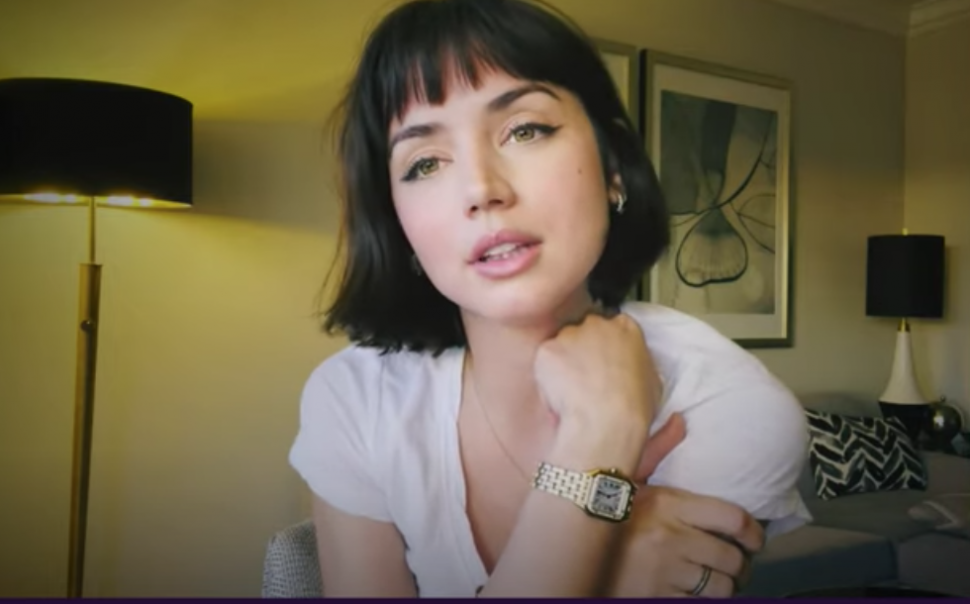 ET learned on Monday that Affleck and de Armas had split after just over a year of dating.

“Ben and Ana have split up and Ben is single. They had little arguments and bickered like any couple but ultimately the relationship just wasn’t working in the way they both wanted it to anymore,” the source said. “This was a mutual decision.”

“They both have a lot of love and respect for each other, but it was time for them to move on,” ET’s source added. “At the end of the day he chose to be the dad he continues to want to be. Unfortunately they are in different places in their lives.”

See more on the pair’s relationship in the video below.