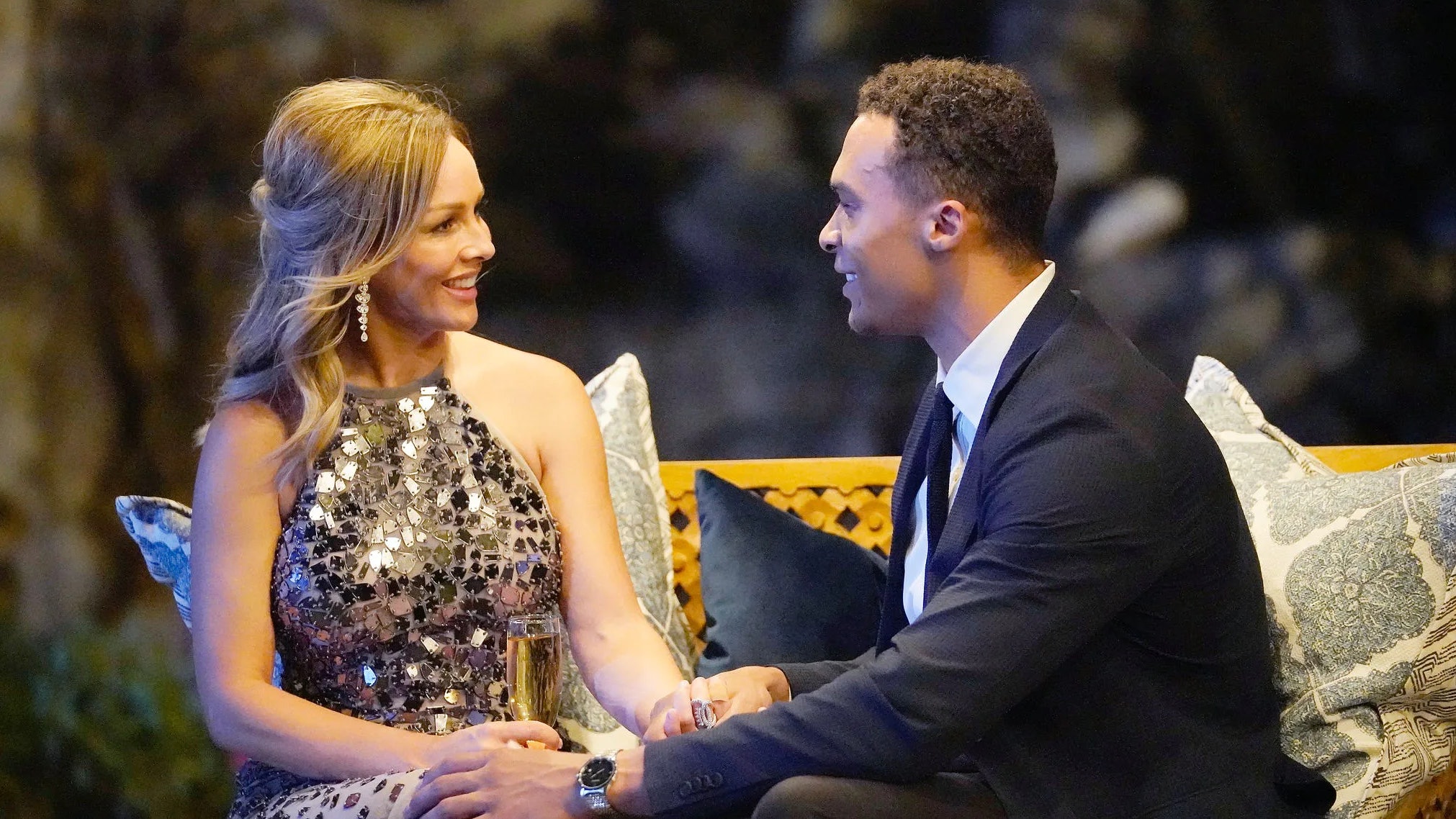 They’re very obviously back together in some capacity, but are Clare Crawley and Dale Moss engaged again? Crawley’s April 26 IG Story has fans thinking they are. The story in question, per Us Weekly, was reportedly a video Crawley posted of herself sipping on a juice box and snacking on Saltine crackers. Extremely visible on the hand she was holding her juice box with was a massive diamond rock on her ring finger. So, uh. Yeah. You can see why fans might be thinking they’re engaged again.

Their romance was looking like a real life fairytale until Moss announced they’d decided to go their separate ways in a since-deleted IG post on Jan. 19. "I wanted to share with you all that Clare and I have decided to go our separate ways," he wrote at the time. "We appreciate the love and support we’ve received from so many people, but this is the healthiest decision for both of us at this time. We strongly believe in leading with love and always remaining true to oneself — something our families have taught and instilled in us throughout our lives. We only hope the best things for one another."

In her own since-deleted IG post a few days later, Crawley seemed to hint that Moss’ announcement came as a surprise to her. "I was made aware of a ‘mutual’ statement at the same time you all were, so I’ve needed some time to really digest this," she wrote. "Speaking for myself, my intentions with this relationship have always been very clear, so the truth is I am crushed. This was not what I expected or hoped for and I am still trying to process this."

Their relationship seemed to be pretty much completely done with each other until they were spotted together in Florida on Feb. 16. "Dale has been pretty secretive with friends when they’re asking if he’s back with Clare, but it’s obvious to everyone that they’re back together," a source for Us Weekly claimed on Feb. 19. "They’re just figuring things out and enjoying spending time together."

Since then, Crawley’s Instagram activity has led fans to believe she might have moved to New York City to be with Moss. What Instagram activity, you ask? Exhibit A: Moss shared a selfie of himself and Crawley in what appears to be a brand new apartment to his IG Story and Crawley just so happened to also share the same apartment to her IG Story. Exhibit B: She asked her followers for yoga studio recommendations in New York City.