Home » Celebrities » Becca Kufrin: 'I Don't Know' If My Future Is Still With Garrett Yrigoyen

Becca Kufrin admitted her relationship with fiancé Garrett Yrigoyen is up in the air as she and Rachel Lindsay continued their discussion about race and diversity on Tuesday, June 16.

“I want to say to our listeners out there — because I’m sure many will hear this back and wonder and ask and have opinions — for those who are curious about my relationship with Garrett at this point, all I can say right now is I don’t know,” the 30-year-old season 14 Bachelorette told her cohost on the “Bachelor Happy Hour” podcast on Tuesday, June 16. “I can’t give anything more than that. It’s something that we are trying to work through and discuss and do work on at home at this time and that’s where the work will remain and that’s really the best can give you at this point. But I wanted to share this — I know I’ve been rambling for a bit — but to give a little bit more context and to give you, Rachel, my apology and to really throw my voice and hat in the ring to say things need to change within the franchise and within myself as well.”

Yrigoyen, 31, made headlines earlier this month after he shared a post in support of police officers amid the Black Lives Matter protests across the country. Kufrin, who got engaged to Yrigoyen on the ABC dating show in 2018, and Lindsay, 35, first addressed his remarks on the June 9 episode of their podcast. 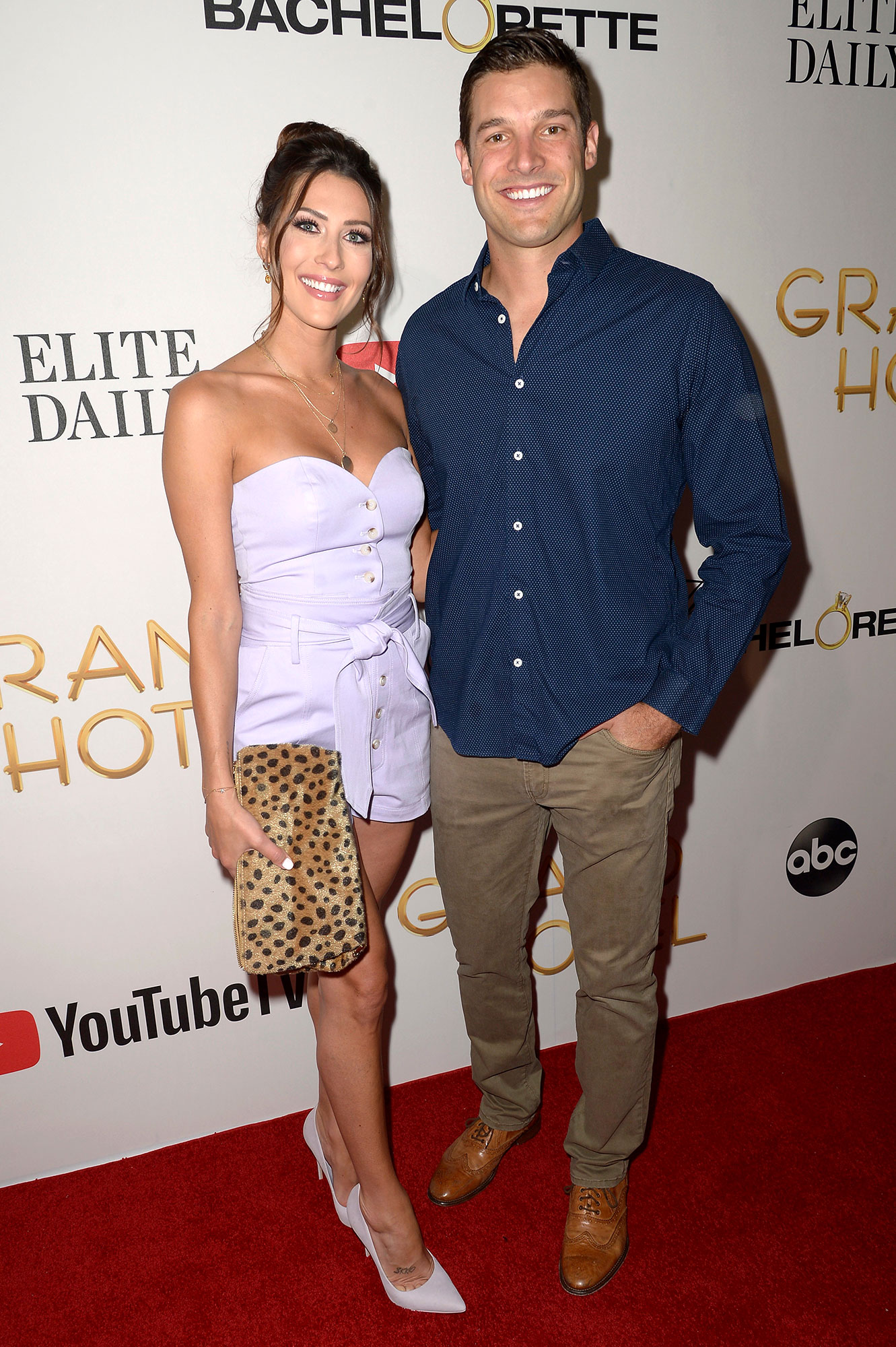 “What I really wanted this to be is an example of two friends who maybe have different perspectives, maybe have different backgrounds, upbringings, maybe didn’t see things in the same way. But the fact is, is that when you have someone who’s willing to learn, then as a friend who’s willing to learn, how as a friend can I not be willing to help out and be there for you?,” Lindsay told Kufrin on Tuesday. “Now Garrett, that’s a different situation. I don’t f–k with Garrett. I don’t need to. But you and I have a different relationship and so I appreciate everything that you just said.”

While Kufrin made it clear on the June 9 episode that she didn’t “align with” or “agree with” Yrigoyen’s police post, Lindsay got emotional after the Minnesota native repeatedly said his post wasn’t “malicious” during the episode.

“To me, this is what Garrett thinks, this is what Garrett is. He posted a black box. He never said ‘black lives matter.’ He posted fists of every color, which to me is like, ‘Everybody, all lives.’ And then the very next post is the thin blue line with a heartfelt, thought-out caption that he said with his chest. And to me, that is what you feel and that is what you believe,” the season 13 Bachelorette said. “A message what Garrett posted totally contradicts the movement that we’re trying to push forward. And to see so many people ‘like’ it … the thinking that Garrett has is a bigger problem.”

Yrigoyen, for his part, showed public support for Kufrin when she promoted her June 9 podcast with Lindsay via Instagram. 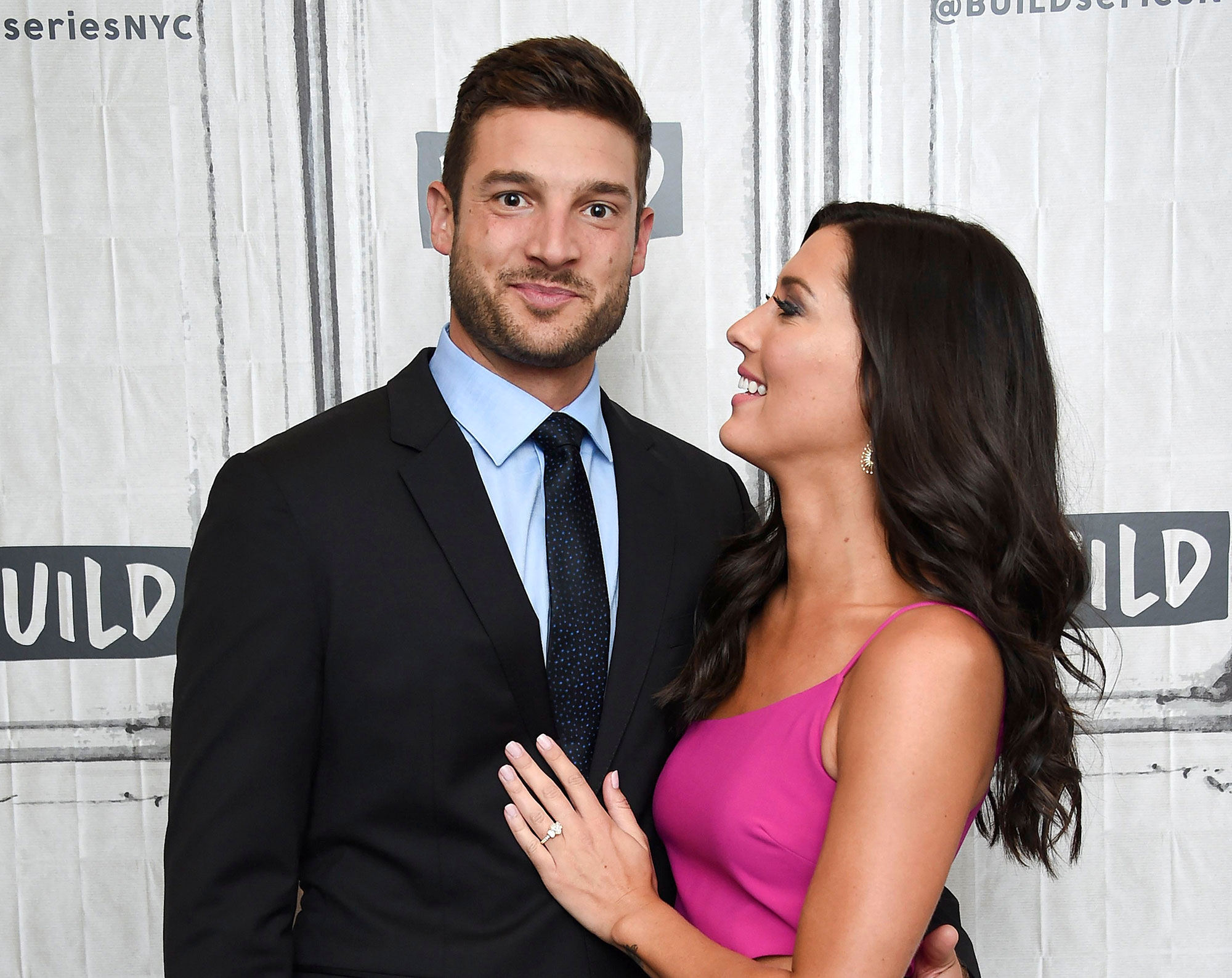 “Love you Becca, it’s unrealistic to sit down and have individual conversations with millions,” he wrote at the time. “It’s OK to not get everything out you want to, everything you are doing and saying is OK, because it’s how you feel. Don’t let people take away how you truly feel. Continuing moving in a positive direction, growing, and being an awesome human. Those who know you, know you’re wonderful. If we can’t all accept each other and figure out a way to give love instead of hate, converge instead of divide, build instead of destruct, we will all be a much stronger unit!”