Bill Turnbull, 64, and Linda Nolan, 61, have joined a list of famous faces including radio presenter Deborah James, in promoting cancer awareness as part of a new NHS campaign to encourage the public to continue to get checked for cancer regardless of the coronavirus pandemic. Along with doctors, the scheme hopes to decrease the amount of people ignoring worrying signs and delaying seek help due to the current public health crisis.

Both Bill and Linda suffer from cancer themselves and hope that their involvement in the campaign will urge people to get themselves those all important checks.

June 2020 figures showed that the number of people getting cancer checks dropped sharply compared with that of the previous year.

Around 141,600 people were referred for cancer checks this year, whereas last June almost 200,000 were seen.

It comes after a survey found nearly half of the public said they had concerns about seeking help amid the pandemic, with one in 10 admitting they would not contact their GP even if they had a lump or a new mole.

With fears of Covid forcing some to refrain from seeking advice or help after spotting signs, Bill pointed out the relentless illness “unfortunately did not disappear” during the worldwide outbreak, and urged people not to delay getting checked if they had concerns. 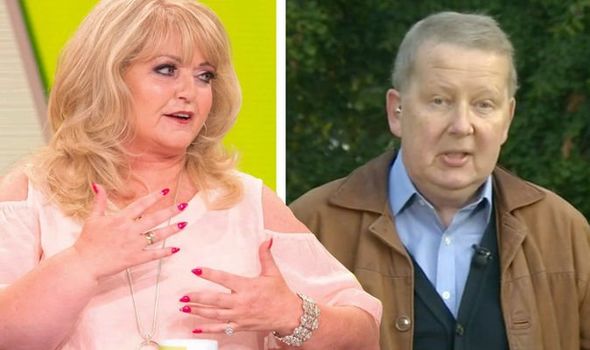 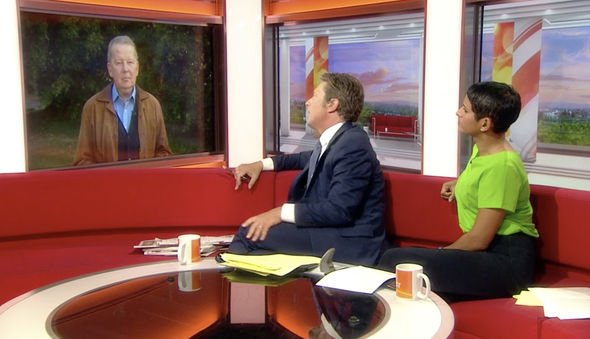 The former BBC Breakfast presenter was diagnosed with prostate cancer in 2017 and following going public with the devastating news the year after, there was a reported 36 percent increase in referrals, and it has become the most common form of cancer in the country.

He said: “Cancer is a cruel disease and unfortunately it did not disappear during the coronavirus outbreak.

“We know that it’s all too easy to put something like this off, but please do contact the NHS if you have any signs of cancer.”

Linda also insisted the public should feel “absolutely safe in the hands of the NHS” and praised its “heroic work”.

Both she and her sister Anne, who were part of Irish family pop group The Nolans, recently announced that they were diagnosed with cancer within days of each other. 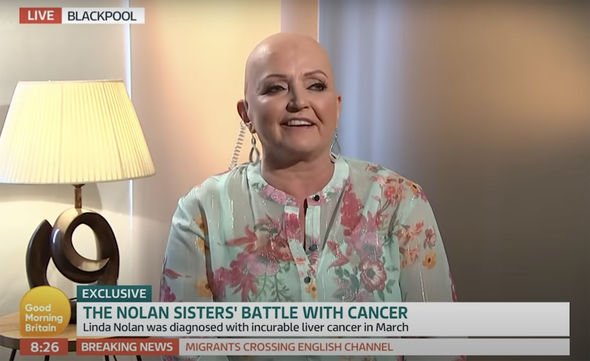 They have both been undergoing chemotherapy, with Linda battling liver cancer while Anne has stage three breast cancer.

The disease is no stranger to the Nolan’s after they lost their sister Bernie to breast cancer in 2013.

Linda said: “The care I have received has been nothing short of exceptional, and I know people up and down the country have had similar experiences of the heroic work the NHS and staff are doing to continue to deliver the vital care we all need, even as they deal with the ongoing pandemic,” she explained of her treatment at Blackpool Victoria Hospital.

“So, whilst it might seem daunting, it’s important people know they can feel absolutely safe in the hands of the NHS going in for treatments.”

She added: “It’s so important people get checked out when they need to. Cancer doesn’t wait, and timing is everything. It might be the very thing that makes all the difference.”

DON’T MISS…
Chris Evans hides feelings from his wife over family ‘situation’ [RADIO NEWS]
Naga Munchetty opens up on ‘no longer being a priority’ [LATEST]
James May: The Grand Tour star sets record straight on Brian May link [UPDATE]

Hospitals across the nation have put in extensive measures so patients can get safely tested and treated.

In 2018, Bill appeared on BBC Breakfast to speak about how important it is to encourage cancer checks.

He told Charlie Stayt and Naga Munchetty that after he went public with his own battle, he was inundated with people thanking him for raising awareness and for giving them the push they needed to seek help.

“It was very gratifying,” he admitted.

“I just wanted to make people aware that it can happen to you at a certain age and if you feel warning signs then for heaven’s sake go and get yourself tested.”

Professor Peter Johnson, NHS clinical director for cancer, said that waiting to get help can have serious health consequences now and in the future.

He said: “We cannot let Covid become a reason for people not to get checked for cancer – NHS staff up and down the country have worked very hard to make sure that tests and treatment can go ahead quickly and safely.

“Cancers are detected earlier and lives are saved if more people are referred for checks, so our message to you is to come forward – it could save your life.”