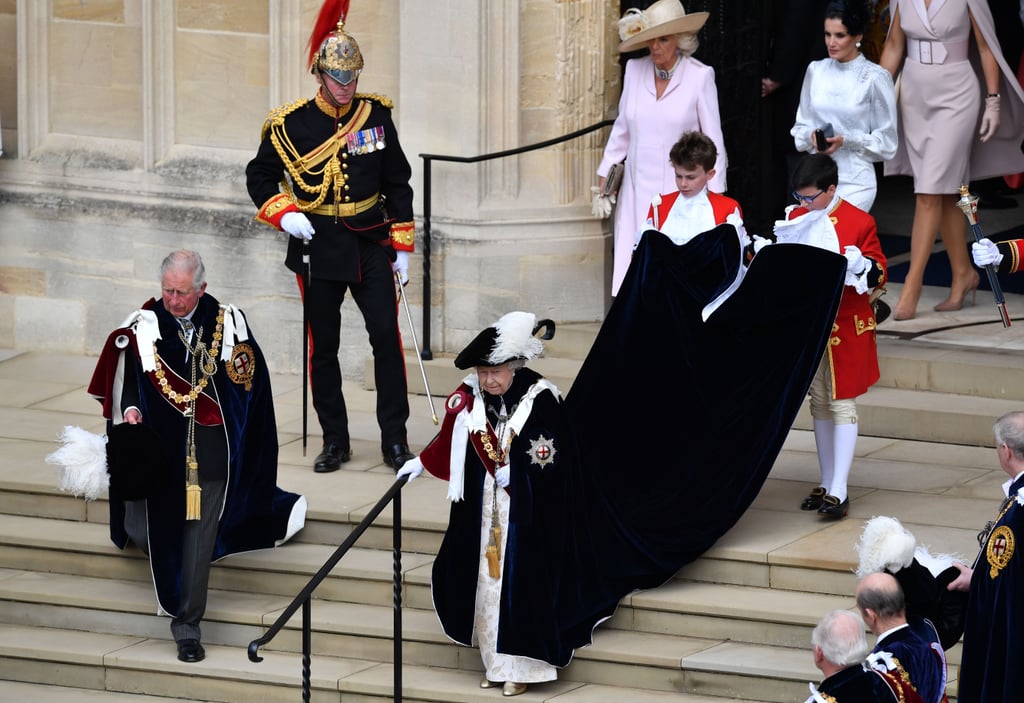 It was no ordinary Monday for the royal family this week. They gathered at Windsor castle for the Order of the Garter Service. The annual service that brings the whole family together wearing their plushest velvet robes and over-the-top plumage.

The Order of the Garter is the oldest order of chivalry dating back to 1348. It was King Edward III who was inspired by “tales of King Arthur and the chivalry of the Knights of the Round Table to set up his own group of honorable knights.” Today, the order was led by the Queen Elizabeth II, who is Sovereign of the Garter. All of her children are Knights of the Garter, and although it used to be reserved for just aristocracy, now both mena and women from different backgrounds are chosen in recognition of their public service. This year, she was joined by Prince William and Kate Middleton, Prince Charles and Camilla, King Felipe VI and Queen Letizia of Spain, and King Willem-Alexander and Queen Maxima of the Netherlands.

This service won’t be the last we see of the royals gathering this week, either. They will all attend Royal Ascot starting Tuesday, cheering on their favorite horses, or in the Queen’s case, her own horses. Get a closer look at all the photos from the Order of the Garter, ahead. It might take you a minute to figure out who’s who under all those feathers.