Home » Celebrities » Cardi B Claps Back At Comedian Who Says ‘WAP’ Lyrics Are ‘More Welcome’ In Schools Than Dr. Seuss

Cardi B slammed a comedian for claiming schools are more likely to teach her raunchy ‘WAP’ lyrics than Dr. Seuss books with racist imagery.

Cardi B is pointing out the complete absurdity of a tweet by conservative comedian Tim Young, who wrote that the lyrics to her bawdy duet “WAP” are more likely to be taught in schools than some books by children’s author Dr. Seuss, which are no longer being published due to racist imagery. Tim seemed to troll her by tweeting on Mar. 15, “The lyrics to ‘Wet Ass P***y’ are more welcome in some schools than Dr. Seuss books…just let that sink in for a minute.” Cardi let it sink it for far less than that, and came back swinging about how totally outrageous his claim was.

“When has a school made kids read the lyrics to WAP?” she asked. “I get it WAP might be a lil vulgar but stop comparing a sensual song to books that has RACIST content! How can ya not tell the difference? I see that common sense ain’t that common,” Cardi clapped back.

She didn’t stop there with her schooling of Young! Cardi pointed out that the six Dr. Seuss books longer being published because of racist and insensitive imagery happened because of the late author Theodore Geisel‘s Dr. Seuss Enterprises choosing to protect his legacy, and not anyone banning the books. “By the way Dr Seuss publishing company made the decisions to remove those books on their own. Black people are not the one telling these companies to do things that they think is ‘progressive.’ Black only ask for equal justice,” Cardi continued in a second tweet.

Cardi then completely ended Tim, tweeting, “Conservatives been making viral tweets comparing WAP to the banning of some of Dr Seuss books as if there’s any correlations between the two….Well I can DEFINITELY tell some of ya ONLY read Dr. Seuss books cause ya mind lacks comprehension.” Bow down to this woman! 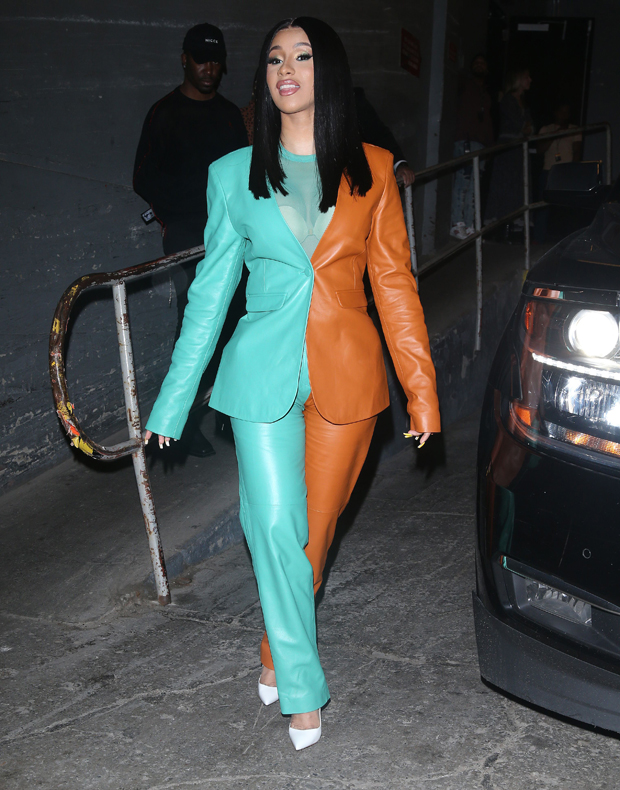 Tim so far hasn’t responded to Cardi since she completely destroyed his comparison between the very adult song “WAP” — which was never meant for kids — with the racist illustrations in six of Dr. Seuss’ decades old children’s books. Some of the titles removed by his estate go so far back as 1937’s And to Think That I Saw It on Mulberry Street and 1950’s If I Ran the Zoo.

Meanwhile, Cardi’s fans piled on Tim about how utterly ridiculous his original tweet was about how “WAP” would be welcome to be taught in schools. One fan @leftjerkstore put it very succinctly, responding “Sex is cool. Racism in books is not.” User @robsolonhamer told Tim, “I too sometimes like to imagine things that aren’t actually happening to get good and panicked about a made-up moral outrage. Oh wait, no I don’t, because I’m a functioning adult.” Cardi’s fans were just as epic at shutting down Tim as she was!