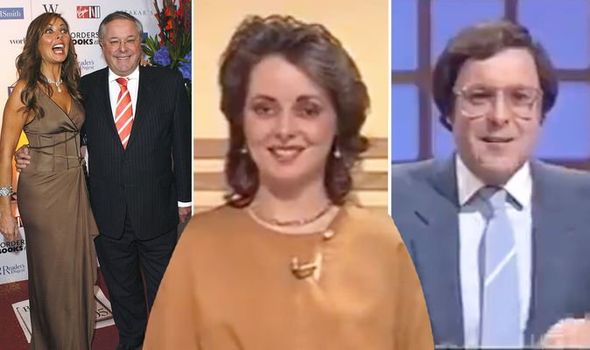 Today marks 39 years since Carol Vorderman, 60, made her debut on Countdown as the show’s statistician. Aged 21 at the time, she was put forward to do the show by her mum having recently graduated from Cambridge University. In an unearthed video, the presenter is seen introducing a fresh-faced Carol to viewers.

She wrote: “39 years ago today I started on the telly with my beloved Richard Whiteley on Countdown as the first ever show broadcast on the new channel @Channel4.

“I was 21. We had 23 cheeky happy laughing years together until he died.

“The clock stopped too soon and I still miss him.”

“One of the best educational programmes on TV to date #RIP,” Mr Lawrence commented.

Bernie Osgood penned: “A great team. Both missed from Countdown.”

To this day, Richard is Countdown’s longest-serving presenter.

He spilled: “I saw a hole in the wall just above on his dressing table, the size of an electric plug, that sort of size hole went straight through to the next door dressing room which was the dressing room of Carol Vorderman.

“I said to him, ‘Did you see that hole in the wall? It goes right the way through to Carol’s?'”

According to Gyles, Richard jokingly replied: “The moment I saw, I was going to phone maintenance and report it but then I thought what the hell, let her look.”

“He was very amusing,” the broadcaster added.

Following his death, he was replaced by Des Lynam.

The show’s current host is Anne Robinson, who stepped in for Nick Hewer back in June.