Tigers are the focus of an all-new episode of Nat Geo’s hit docuseries, Trafficked With Mariana van Zeller, which takes viewers inside the most dangerous black markets on the planet. As she tackles what’s been called an “untouchable smuggling story,” the journalist sits down with Carole Baskin and Doc Antle of Tiger King fame. ET has an exclusive look at their fierce rivalry, which continues today.

After first speaking with Antle, who was recently indicted on animal cruelty and wildlife trafficking charges, van Zeller then sits down with Baskin, who comments on her rival’s assertion that animal sanctuaries aren’t saving tigers.

“The sanctuaries scam-tuaries in the United States I feel are an enormous drain to saving tigers,” Antle says.

Baskin responds by telling van Zeller, “I think people like him project their own failings on people around him. We saw that with Joe Exotic. He would constantly accuse me of things it turned out that he was doing.”

As she stated in the Netflix docuseries, her continued goal is to change the laws in the U.S. and to make owning big cats illegal. “Our primary mission is to put ourselves out of business,” she tells van Zeller.

While Antle and Baskin continue to lash out at each other in this ever-intense battle over the ownership and breeding of big cats like tigers, van Zeller goes deeper into the black market for these animals, uncovering ugly details of the lucrative and secret trade. 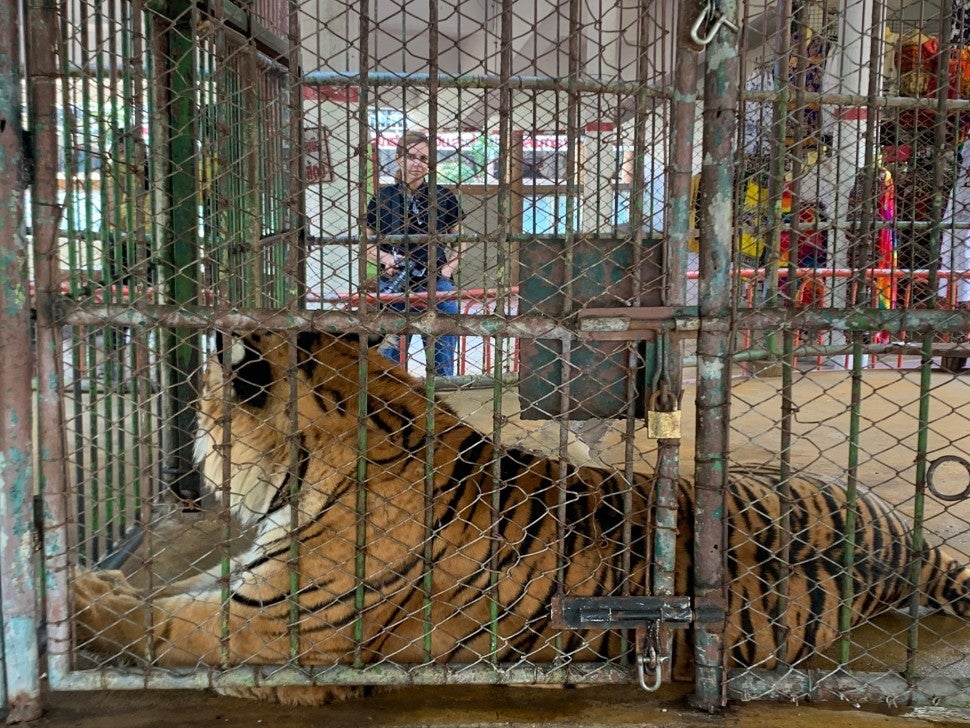 It’s a far cry from the lives of Baskin, who recently attempted her best on Dancing With the Stars, while Antle denies any wrongdoing in his ongoing legal battle and promotes his own docuseries, Tiger Kingdom: More Than a King.

“I categorically deny any act or conduct that could ever be considered as ‘animal cruelty,’” he said in a statement to ET. “I have spent my entire professional life promoting the welfare and conservation of big cats and other species. I have deep regard and feelings for the animals in my care and would never hurt or abuse them in any way. I look forward to being able to answer these charges and to be able to clear my good name.”