Blocking out the noise. Christina Haack spoke out about her new romance with Joshua Hall after trolls criticized her for being in “another relationship” following her split from Ant Anstead.

The Christina on the Coast star, 37, took to social media on Thursday, July 8, to answer a few questions about her love life, one day after Us Weekly confirmed that she had been seeing the realtor “for a few months” before they traveled to Mexico on Tuesday, July 6, together.

A source later told Us that the duo “briefly” met at a real estate conference “a few years ago” before “reconnecting” in Tennessee in April. 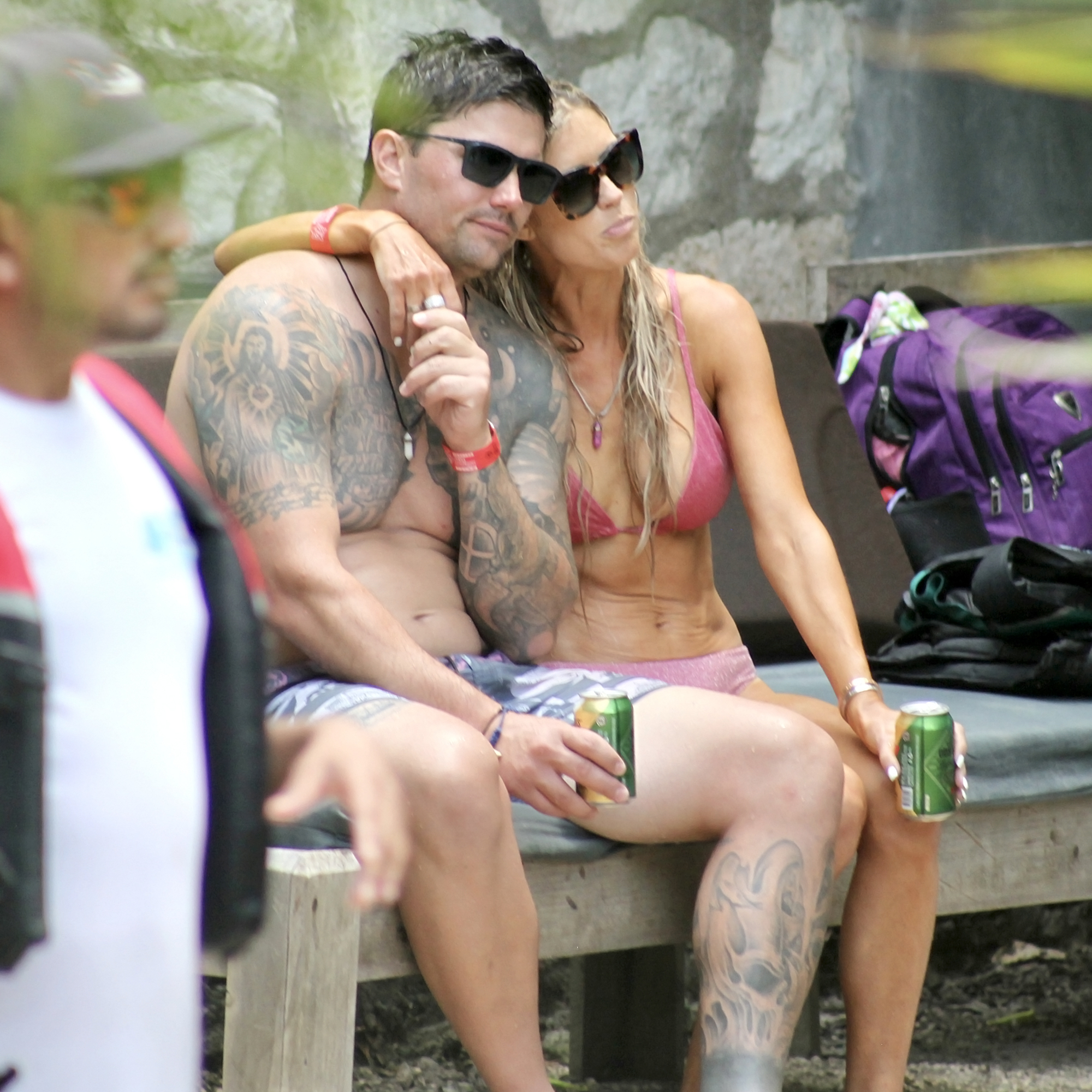 “I met Josh when I wasn’t in a state of fear or fight-or-flight,” Haack wrote via Instagram on Thursday while on her romantic getaway with Hall. “I had taken time off social, hired a spiritual coach and smoked a Bufo toad (which basically reset my brain and kicked out years of anxiety in 15 mins).”

She recalled seeing him again “this past spring” amid her divorce from Anstead, 42, and feeling an instant connection. Us confirmed last month that Haack and the British TV host finalized their divorce nine months after calling it quits in September 2020.

“The synchronicities hit us so hard and fast they were impossible to ignore,” the TV personality said of her new love on Thursday. “I felt immediately crazy protective over him and wanted to keep him for myself and get to know each other before the tornado (media attention) hit.”

The mother of three, who shares daughter Taylor, 10, and son Brayden, 5, with ex-husband Tarek El Moussa, and son Hudson, 22 months, with Anstead, then detailed how her and Hall’s relationship has since progressed. 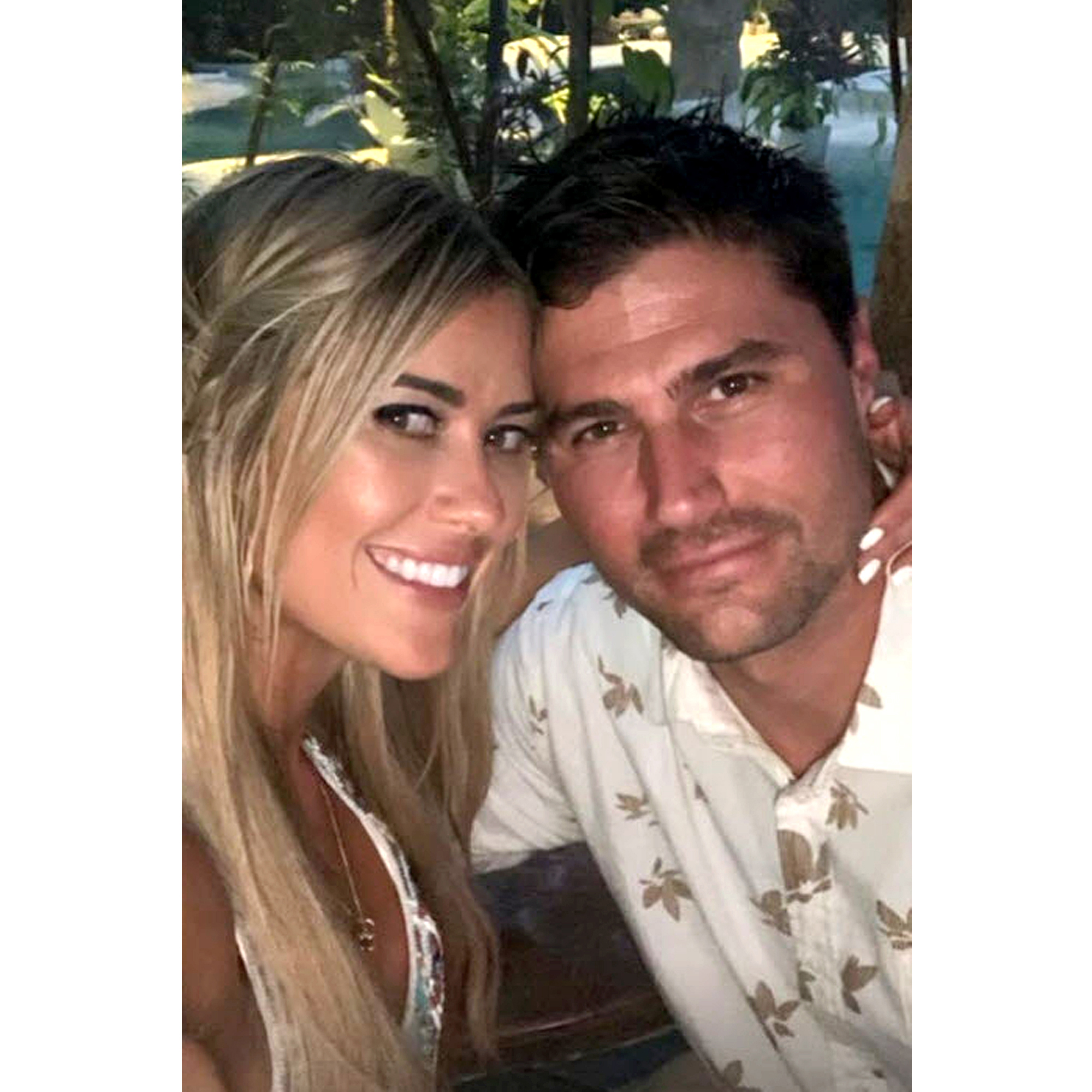 “We’ve had a few solid months of just us getting to know each other and I’ve loved every second of it,” she explained.

Haack then admitted that “fame” can be great, but it can also “tear you down,” which is why her “heart started beating out of [her] chest” when she saw cameras capturing her interaction with Hall at LAX Airport in Los Angeles on Tuesday.

The Wellness Remodel author claimed that “false narratives” get thrown around during new celebrity romances, which can turn a budding relationship into “a circus.” Haack revealed that since she began seeing the Texas resident, they’ve chosen to leave the past “in the past” and instead focus on the now.

“I may be a bit crazy and I’m definitely not perfect, but I will never live my life based on other people’s judgments or opinions,” she continued. “We pride ourselves on never judging others and always wanting others to be happy and we wish others would have the same respect.”

Haack concluded by thanking her new beau for “whisking me away on a romantic tropical vacation,” noting that he doesn’t have social media.

She then clapped back at haters, saying, “So, yes, ‘another relationship’ and guess what. I’m 38 — I’ll do what I want.”

Christina Haack and Ant Anstead: The Way They Were

Haack and Hall first made headlines on Tuesday after they arrived at LAX. The new romance news came one week after Anstead confirmed his relationship with Renée Zellweger when the actress, 52, was spotted at his home in Laguna Beach, California, over the 4th of July weekend.

“He’s excited about life and excited in general,” a source exclusively told Us on Thursday about the former For the Love of Cars cohost. “Part of it can be because he’s dating Renée, but he definitely was excited about doing this project and he seems excited to do all the various projects he’s working on.”