Make way for the new generation. What use is decades of experience when today’s youngsters leave school already knowing everything?

The fast-moving and deftly drawn prison drama Screw (C4) pits cynical and overworked warders against the devious, violent inmates of C Wing. But the real conflict is between youth and age, new brooms and old hands.

Nina Sosanya plays senior officer Leigh Henry, who’s been doing the job so long she can quell trouble just by raising an eyebrow. When one con goes on the rampage wearing his tattoos and nothing else, Leigh halts him in his tracks with a stare. ‘What is that, Yoyo?’ she demands, pointing below his waist. ‘Has it always been that shape?’ 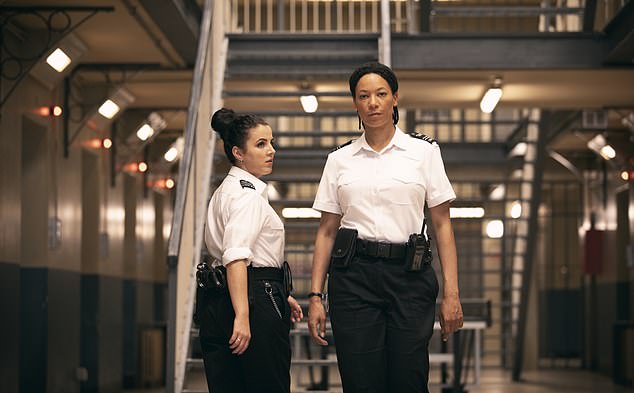 Mortified, the villain allows himself to be led away. She knows what spells genuine menace — such as the disappearance of a lavatory seat. That prompts a full lockdown with prisoners confined to their cells, while Leigh’s team conduct a fingertip search of every landing.

There’s only one reason to nick a loo seat . . . and that’s to break it into plastic shards to make a knife.

Her colleagues know she is irreplaceable. ‘You’re the best masochist for the job,’ says one, who also knows the secret of why her boss puts in such long hours: Leigh can’t stand to go home, and prefers to sleep in an empty cell.

All her time-worn knowledge counts for little in the eyes of the new governor (Karan Gill), who looks like a reject from a boy band. He’s assessing Leigh for promotion — but he’d rather see her retire.

‘There are those who prefer the more experienced staff to make way for new people,’ he remarks, adding that he was just eight years old when she started at the prison.

Not every novice brings a guarantee of fresh enthusiasm and better practices. Probationer Rose (Jamie-Lee O’Donnell) says she applied for the job because she got fed up with her job in a call centre. 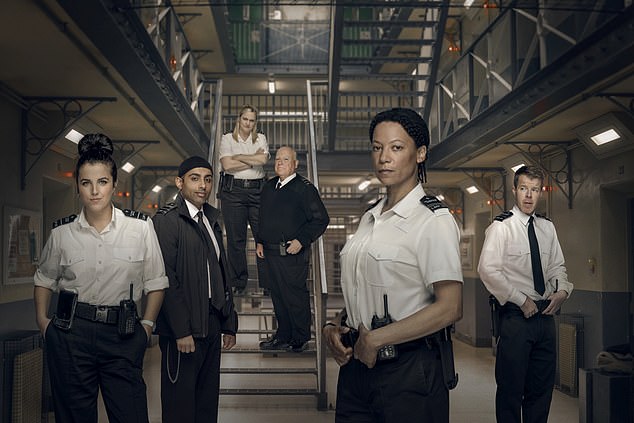 All her time-worn knowledge counts for little in the eyes of the new governor (Karan Gill), who looks like a reject from a boy band. He’s assessing Leigh for promotion — but he’d rather see her retire

But at least one of the inmates recognises her from the outside world. A cliffhanger ending left us wondering whether Rose is working for an organised crime gang.

Screw is tightly constructed, with a barrage of rapid, overlapping incidents and longer, interwoven storylines. It’s a long way from Porridge, but it has sharp jokes, too.

Stephen Wight is relishing his role as sexist, racist, boorish officer Gary. He nicknames one of his colleagues ‘Swiss’ because he is ‘nowhere to be seen when the fighting starts’.

Rolling his eyes, Gary predicts trouble with the ‘benefit frauds . . . sorry, asylum-seekers’. There’s a lot more where those one-liners came from, but none of them is printable.

There was a strong sense in Andy Warhol’s America (BBC2) that many of the anecdotes about this enigmatic genius were unprintable, too.

Then he gave a shoulder-rolling New York shrug: ‘Ah, you’ll cut it out.’ The story is well documented, of how this momma’s boy from Pittsburgh electrified the Big Apple with his exaggerated effeminacy and screen prints of soup can labels.

But the archive footage brings it alive, showing us not just Andy but the pretentious milieu in which he moved.

Film from one 1960s art exhibition was hilarious. A young man in suit and tie opined that pop art was already passé.

He was vigorously contradicted by a terribly English woman in a gauze hat: ‘Pop art is here for a very long time.’

Then, as now, you can say anything about art if you’re clutching a glass of champagne.

Forgotten star of the night: Monty Python’s Carol Cleveland, 79, was one of the diners looking for love on First Dates (C4). Carol appeared on more than 30 episodes of the surreal comedy. You can’t help thinking, if it was John Cleese or Eric Idle, there’d be more fuss.