She may well be a saint, but that music’s an unholy racket: CHRISTOPHER STEVENS reviews Mum on BBC2

Sitcom was on the side of mothers everywhere, as two comedies leapt to their defence — from opposite ends of the social spectrum.

In a high-rise flat on a concrete estate in London, a furious mum (Shola Adewusi) was laying into her good-for-nothing grown-up son (Samson Kayo) about the unpaid rent, on the Dave channel’s try-out show, Sliced. 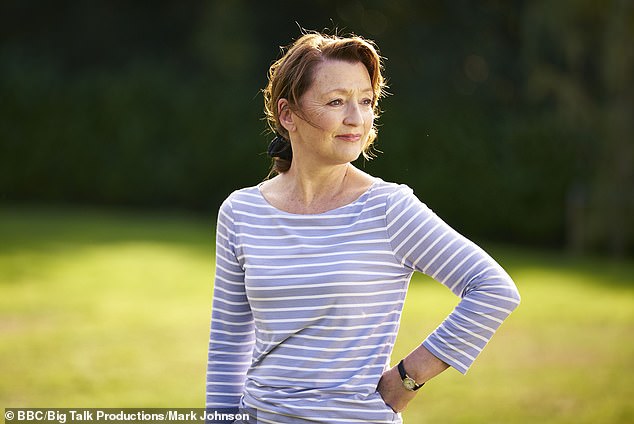 Lesley Manville was in much posher surroundings but was just as much exploited by her family, as the widowed Cathy in Mum (BBC2)

When he was five, she bellowed, he was her little boy. Now he was 30, he was her tenant . . . ‘and you know what they call a tenant who doesn’t pay the rent? A burglar!’

Lesley Manville was in much posher surroundings but was just as much exploited by her family, as the widowed Cathy in Mum (BBC2) — back for a third and final season after being nominated for three Baftas at last weekend’s awards.

More from Christopher Stevens for the Daily Mail…

Cathy and her dim-witted son Jason, with his pregnant girlfriend Kelly, and her bilious parents-in-law, are celebrating her brother Derek’s birthday by renting a millionaire’s mansion for a week. Derek’s snobbish partner Pauline (Dorothy Atkinson), desperate to be this rich, is being eaten alive by envy.

This show, like Jason and Kelly, can sometimes be so slow you want to weep. The opening shot, of Cathy’s car motoring through the electric gates of the house and up the gravel drive, took a full half-minute.

And there’s really only one joke: everyone takes Cathy for granted, even her amiable gentleman friend Michael (Peter Mullan, more usually to be found playing blood-spattered gangsters). She’s practically their housemaid, though she does bring it on herself by being so patient and meek — you can’t imagine Cathy screaming at her son to start paying his way.

The family treated their luxurious lodgings with barely any more respect. I have a feeling that, by the end of the six-part series, they’ll have trashed the place.

Try as I might, I’ve never warmed to Mum. As with all saints, it’s hard to have much sympathy for anyone who invites the world to walk over her. 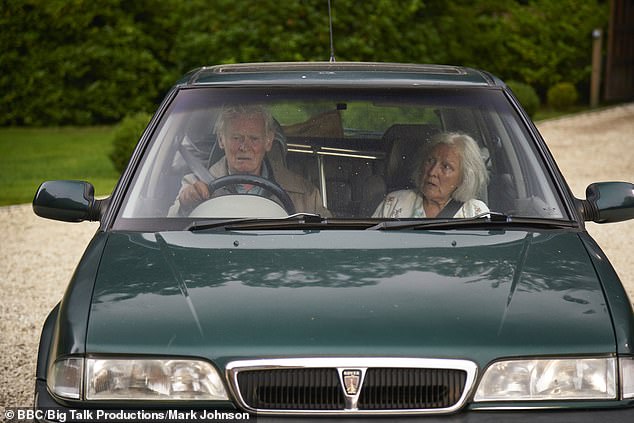 Try as I might, I’ve never warmed to Mum. As with all saints, it’s hard to have much sympathy for anyone who invites the world to walk over her. Pictured: A grab from the show

But the thing that really annoys me is that quirky, hand-clappy music. It sounds like the sort of busker you’d cross the street to avoid.

First prize for original soundtrack was won easily by The Virtues (C4), for its theme by rock queen PJ Harvey, all droning strings like a police siren. The last time music over the credits overwhelmed me this way was David Bowie’s song for The Last Panthers, just before his death.

Stephen Graham, suddenly a national star after his turn as a corrupt undercover cop on Line Of Duty, delivered a solo tour de force, as alcoholic builder Joseph who launches himself into a messy night of drink and drugs when his ex-wife takes their son to live in Australia.

The scenes of drunken self-harm paralleled those of Benedict Cumberbatch’s epic binge in Patrick Melrose, which has just earned him a Bafta for Best Actor. Graham deserves a gong just as much, though there was no champagne and heroin in a Manhattan bathtub for him — this was quadruple vodkas and cocaine sniffed off the toilets in a dirty backstreet Sheffield pub.

The Virtues demands a strong stomach. The final scenes of Joseph’s all-nighter were a lurching, head-spinning stagger through a shopping precinct, the sound blurred and the picture reeling, apparently filmed by the actor himself.

The hangover that followed, and the lies Joseph told his son to hide what he’d done, were nauseating in every way. But this was relentlessly powerful television.