Clooney: It was insane to give live bullets to Baldwin on movie set 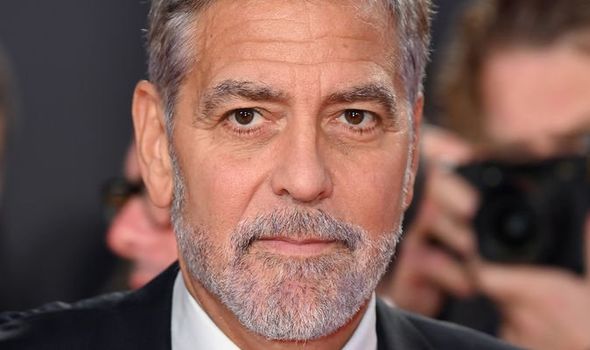 The tragedy, which resulted in the 42-year-olds death, happened on the set of the western Rust in New Mexico last month. After being handed the loaded gun, Baldwin, 63, unknowingly pulled the trigger. Director Joel Souza, 48, was also wounded in the shoulder by the bullet.

Clooney said he thought the assistant director could be at fault and said it was “insane” that live bullets were loaded into the gun.

He added: “I’ve been on sets for 40 years and the person responsible for the gun is either the prop person or armourer.

Clooney said: “Every single take you hand it back to the armourer when you’re done. Everyone does it.

“Maybe Alec did that, I hope he did, but dummies are tricky because they look like real bullets.

“Maybe they weren’t even using that gun to do target practice, but they had live ammo with dummies.That is insane.

“Every time I get handed a six gun, you point it at the ground and you fire. You squeeze it six times. Always.”

David Halls, the assistant director, was given the weapon by armourer Hannah Gutierrez Reed, 24, and then announced “cold gun” on the set.

He also told how he had never thought he would have children before meeting lawyer wife Amal in 2013 – and how it is tiring being a dad at 60 to his four-year-old twins, Alexander and Ella.

He said: “The first moment I met Amal I thought, ‘This is the most extraordinarily smart, beautiful woman I’ve ever met’.”

Reflecting on welcoming his twins into the world, he said: “I was convinced that wasn’t my lot in life. I was comfortable with that. The hard part is being 60 and the sheer running around.”