DaBaby Allegedly Swings on His Own Artist Backstage During Concert 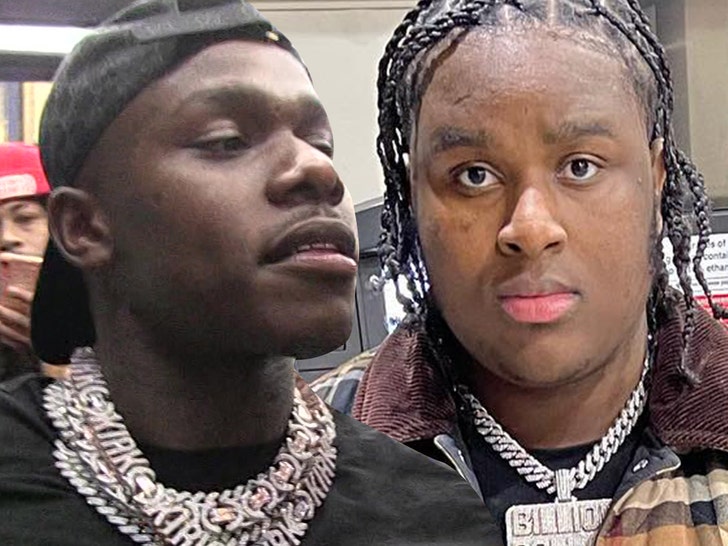 DaBaby appears to be at it again — a video making the rounds purports to show the guy sucker-swinging on a man in a hallway … and it’s apparently his own artist.

The clip, which has since gone viral, was shot Friday somewhere backstage at Colonial Life Arena in Columbia, SC — where DB and other artists were scheduled to perform for something called Spring Jam 2022.

It’s unclear if this happened before or after the curtains went up … but in any case, you see a guy who strongly resembles DaBaby walking by a larger man, who seems unsuspecting.

All of a sudden, the shorter dude quickly turns around and unloads on the other guy … apparently connecting. The bigger man, who’s said to be DB’s new artist Wisdom, squares up immediately and even throws a jab himself. Before long, they’re broken by security. 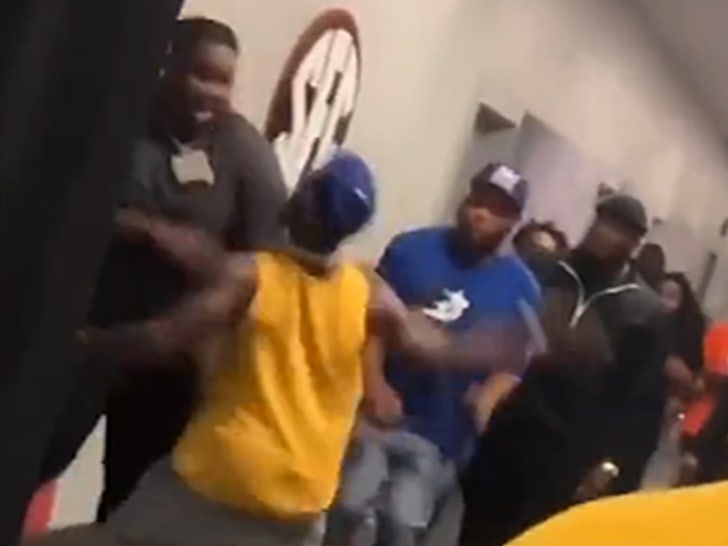 Like we said, no word on what precipitated this or what happened later. What we do know … cops weren’t called. A rep for the University of South Carolina Law Enforcement and Safety — which oversees the stadium — tells TMZ … no complaint/report was filed.

That’s probably a good thing for DB … he’s got more than enough legal matters on his plate as it is. He recently shot a guy on his property — claiming self-defense — and that case is under review. His bowling alley beatdown case is also still in the air, albeit stalled of late.

Probably best to lay low for a while … and, y’know, not attack people out of the blue like this. Just sayin’. We reached out to DB’s attorney, no word back yet.