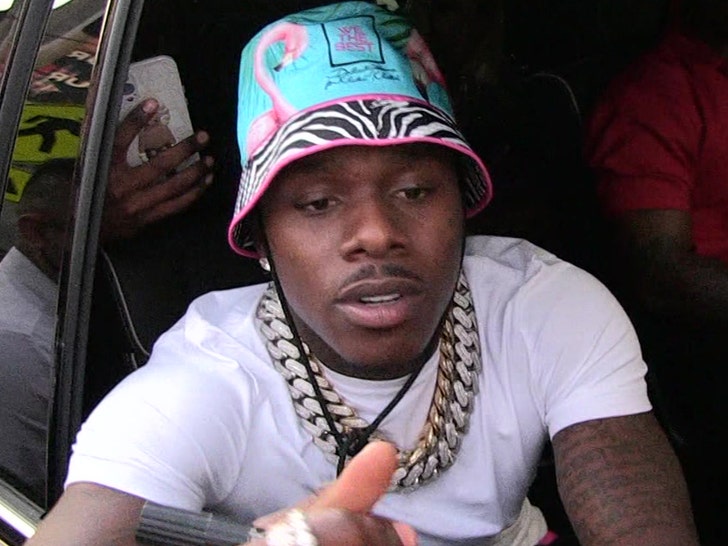 DaBaby may not have sold enough tickets to put on a show in New Orleans, but he seems to be taking it in stride … laughing it off with a social media GIF.

The rapper was supposed to perform at the Smoothie King Center Friday, but the show was canceled after he reportedly could only sell 500 tickets for the 14,000-seat venue. Of course, Twitter went into a frenzy, poking fun at the rapper … and he surprisingly joined in.

DaBaby posted a GIF of himself, slyly looking around before smirking and taking a sip of a drink … seemingly to acknowledge the social media buzz the story created.

Of course, DaBaby’s slide in popularity has been pretty significant since his homophobic rant at Rolling Loud … he’s also faced legal issues as well.

7th Ward Shorty, one of the show’s promoters and also on the lineup, told Nola.com he blames the low ticket sales on the fact they also booked EDM group Showtek to entice college kids attending this weekend’s LSU vs. Florida State game.

He says once the event is rescheduled, it will be only hip hop and won’t feature any EDM.

As of now, DaBaby’s next concerts are October 29 in Paris and November 12 in Houston … so promoters might wanna start to really get the word out.