David Beckham turned 44 today and he and his famous family took to Instagram to reveal how they were marking the occasion. The former footballer got a rather unusual gift from his wife Victoria Beckham, 45, which he shared a picture of before deleting. However, the heartthrob couldn’t resist gushing about a message he got from none other than Brienne of Tarth from Game of Thrones. He shared a special video from the actress behind the fearsome warrior, Gwendoline Christie, in which she stated: “I will shield your back.”

“I can’t believe this!” David had admitted to his 55.3 million followers, as he uploaded a video of yet unknown person today.

Only the blonde star’s eye could be seen at the beginning as she spoke confidently down the camera.

She said: “I will shield your back and keep your counsel. And give my life for yours if need be. I swear it by the old gods…”

But the lens than zoomed out to reveal it was Gwendoline as she flashed a huge smile at him at the end.

“Happy birthday David, from Brienne of Tarth,” she stated, which he captioned: “Thank you @gwendolineuniverse @gameofthrones. AMAZING!!”

The athlete is a huge fan of the HBO drama, regularly posting on social media about it, as the final series, season 8, airs. 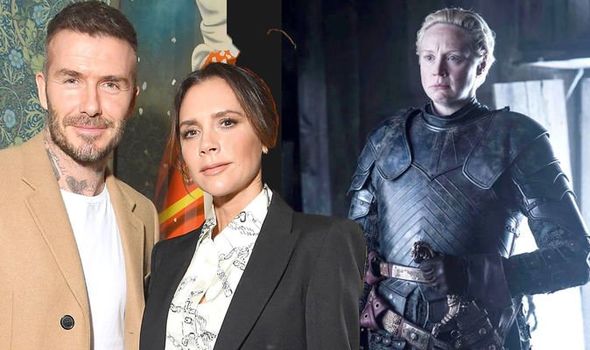 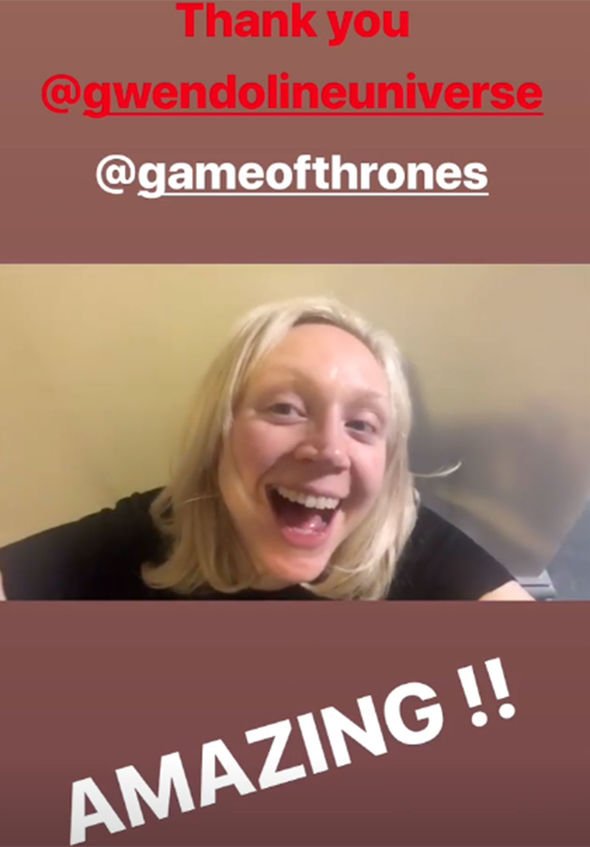 Meanwhile, David had previously gushed about what presents he had received, explaining one from his spouse of nearly 20 years.

In a deleted grab, he stated: “Cheeky cards from my kids… shirt cuffs… Clean deodorant from my wife. I did ask for it though @victoriabeckham.”

Two bottles from brand La Roche Posay could be seen on the table, in front of a number of fun cards.

He had also said: “Sausage sandwich made by Harper for daddy’s birthday. And some cheeky cards from the boys.” 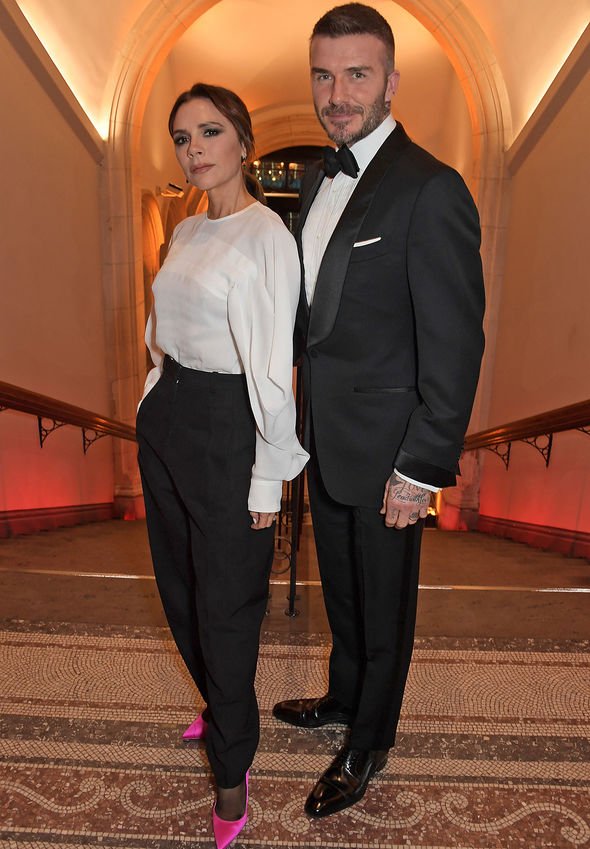 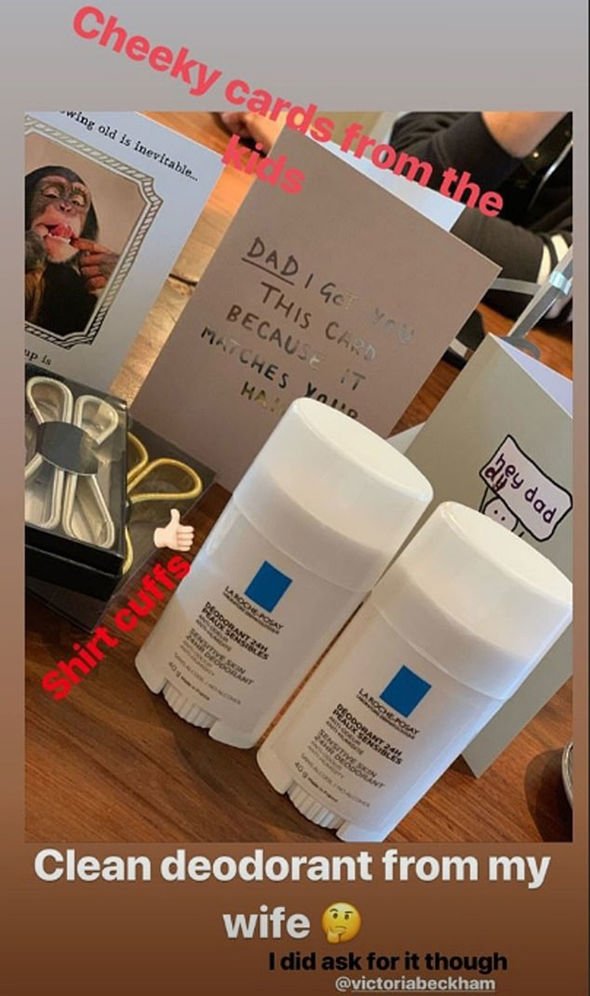 Her words accompanied a sweet snap of her hand resting on his, while she showcased a huge yellow diamond ring.

The fashion designed uploaded a video, in which their daughter Harper, seven, could be heard saying: “It’s daddy’s birthday.

“Me and mummy have been wrapping these and putting these down. Happy birthday daddy, love you! Bye!”

Their second eldest son after Brooklyn, 20, Romeo, 16, showed off his white card on the picture-sharing app which was emblazoned with the words: “Dad I got you this card because it matches your hair.”

Youngest boy Cruz, 14, added: “Happy birthday dad have a amazing day thank you for all you have done for me i love you @davidbeckham.”