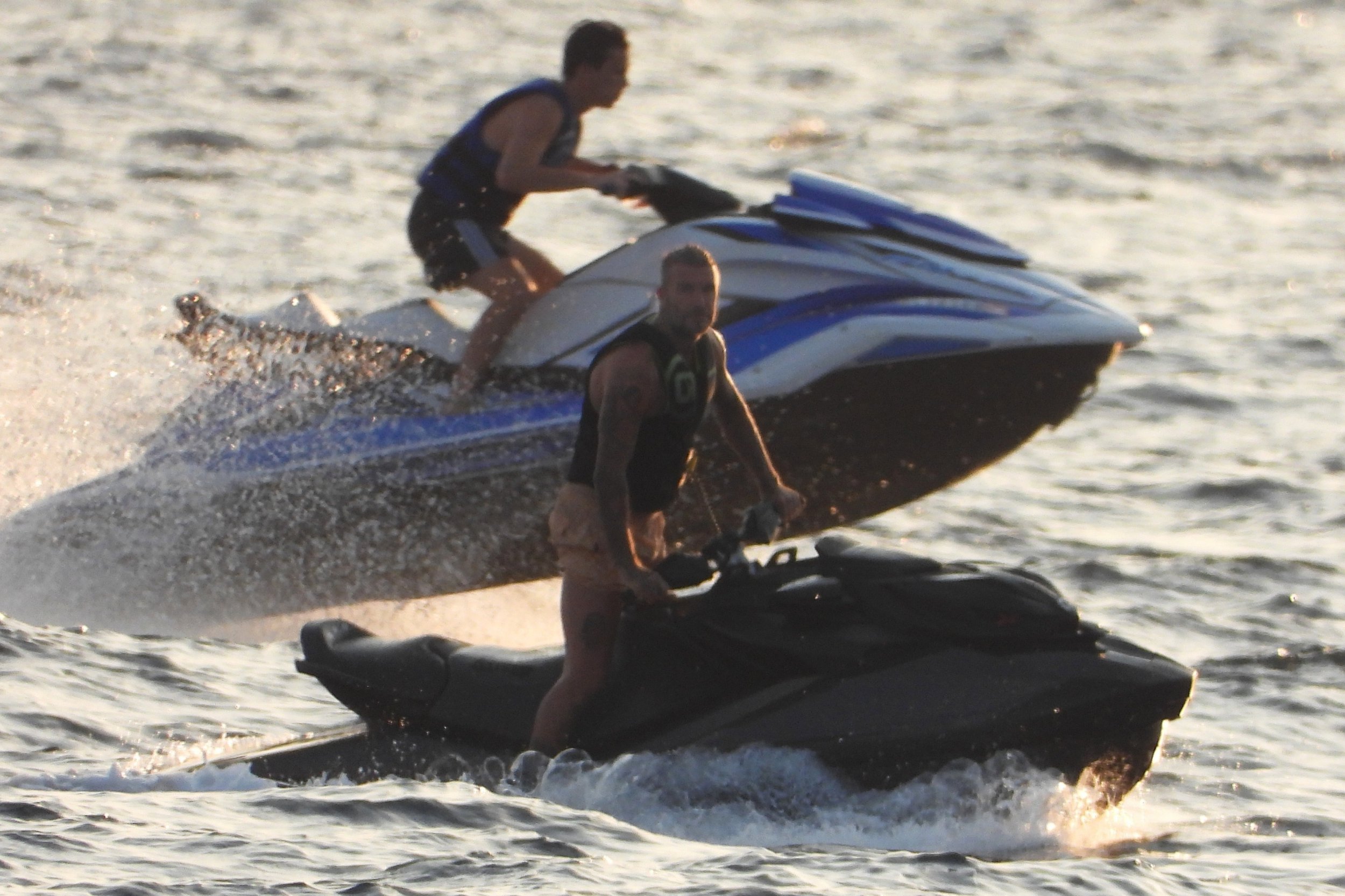 Another day, another round of pictures of David Beckham and family living their best lives while enjoying a fancy European holiday on a luxury yacht.

David was spotted enjoying a jet ski ride on Monday evening as the sun set on the French Riviera, having previously taken the personal watercraft out for a spin earlier during their trip.

The 47-year-old footballer showed off his prowess on the waves in the golden glow as he zipped about on his jet ski, joined by his 17-year-old son Cruz.

The football icon wore orange swimming shorts and a black life vest as he took advantage of some of the recreational activities that come attached to the rented superyacht that he has been enjoying with friends and family in recent weeks.

He was seen sanding up and smiling on his black model while Cruz rode a blue and white jet ski alongside his dad, with his long hair held back by a headband.

David also managed to tempt daughter Harper, 11, out for some fun on the waves too.

He was seen beaming broadly as he drove alongside his daughter in blue on a matching jet ski, with a companion holding on round her waist as she let the youngster take charge.

This came after the family were seen making the most of their jet skis in Sardinia, alongside some guests, although David’s 48-year-old wife Victoria – who he playfully scooped up into his arms to climb ashore over the weekend – opted to remain onboard for some sunbathing on that occasion.

Posting a picture of herself perched behind her husband of 23 years on his jet ski and with one arm around his waist, she wrote in the caption: ‘Yes, that’s right… @davidbeckham got me on a jet ski 😂😂 What next?!’

The family’s holiday exploits have also included Victoria polishing off her Posh Spice skills as to sing along to the Spice Girls’ hit Stop! during a recent viral karaoke session, as well as keen dad David  accompanying youngest Harper on multiple thrill rides at Azur Park funfair.

David has also been letting loose with some of his finest dance moves as he showed off his best ‘worm’.

‘After 25 years @davidbeckham showed me his worm,’ joked Victoria suggestively, leading son Romeo to lament in the comments: ‘Hahahahaahaha mum u gotta change that caption 😂’