Demi Lovato says she had herself ‘fooled’ into thinking she had her life together by getting engaged to Max Ehrich after a whirlwind romance.

Demi Lovato‘s sorry not sorry when it came to getting engaged so quickly to actor Max Ehrich in July 2020. It went down just four months after they started dating amid the COVID-19 home quarantine. The 28-year-old says she had herself “fooled” into believing that type of commitment was something that she needed in order to “prove” she was “okay” in the two years since her July 24, 2018 near fatal drug overdose.

“I really had myself fooled, because it was the safe and expected thing,” Demi revealed in the upcoming issue of Entertainment Weekly, where would not speak about Max by name. “Obviously I cared deeply about the person, but there was something inside of me that was like, ‘I have to prove to the world that I’m okay.’” 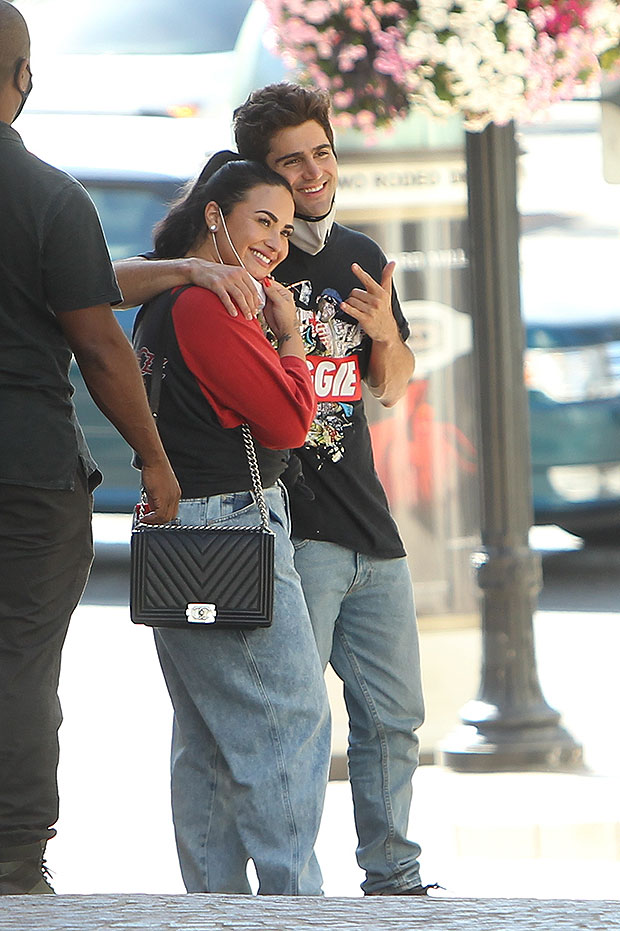 “Now that I’m not engaged or married and I’m okay, I’m like, ‘Wow. Isn’t that so much more empowering?’ It’s not this false sense of security,” Demi explained. She and Max began dating in March 2020 and lived together while in home lockdown. He proposed to her on a beach in Malibu on July 22, 2020, getting down on one knee and presenting the “Confident” singer with a massive multi-carat emerald cut diamond ring. It turns out that piece of jewelry was another way she was fooling herself.

“Also, the size of that ring, it made it really real. The second it was off, I was like, ‘You know what? I’m good. I don’t need that.’ I just don’t need an object on my finger to make me feel like I’ve got my s–t together,” Demi said. She explained, that “It looks like stability, but it doesn’t mean that it is.” 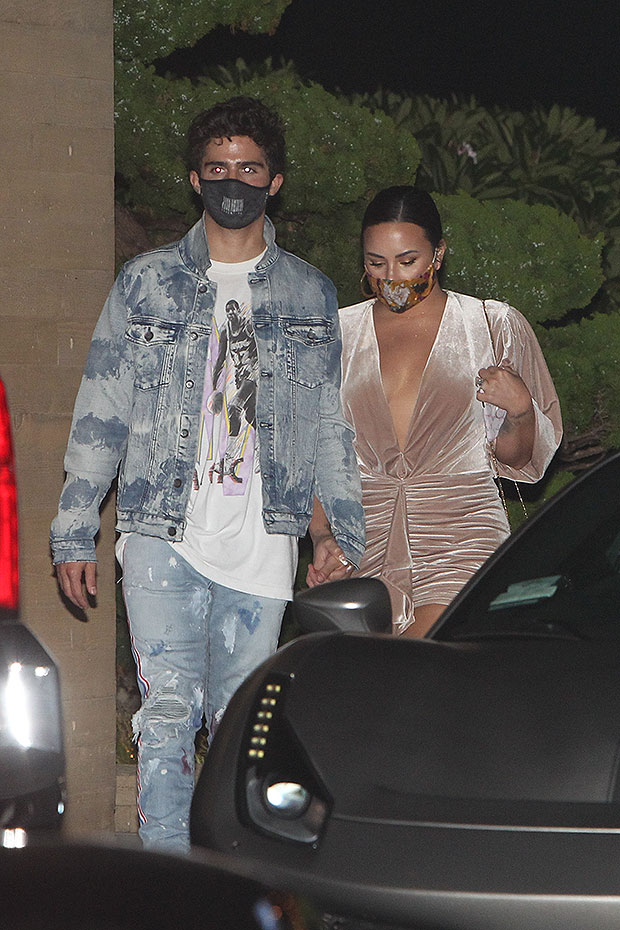 Demi said that the way she finds growth isn’t in a secure and reliable place. “I don’t actually grow through stability. I find that I like living not in chaos or crisis, but in fluidity. It’s not [being] stuck and stagnant in an ideal or a tradition that was placed upon us by the patriarchy,” she explains about why she’s not interested in marriage now. Demi is definitely not interested in settling down with a man at the moment, as she says she’s “just too queer,” after finally deciding to live her truth that she’d spoken of so many times in the past.

“Regardless if drama is happening or not, I am too gay to marry a man right now,” she told the publication. “I don’t know if that will change in 10 years and I don’t know if that’ll never change, but I love accepting myself,” Demi explained, adding, “I’ve always known I was hella queer, but I have fully embraced it.”