Demi Moore, 58, Looks Incredible In A Black Bikini While Vacationing In Croatia – Photos

Demi Moore was spotted walking around in a figure-flattering black bikini while taking in the sights of Croatia during a relaxing moment on Aug. 23.

Demi Moore, 58, turned heads on Aug. 23 when she showed off her incredible figure during her vacation in Croatia. The actress looked amazing while wearing a black bikini as she relaxed on her eventful holiday and topped her look off with stylish sunglasses. She also had her long locks down for some of the time and decided to pull them up at one point. Check out the pics of her HERE!

During the outing, Demi was seen chatting with friends florist Eric Buterbaugh and cinematographer Patrick Hilgart and showed off her natural beauty by going makeup-free. She also appeared to be sunbathing some of the time and was truly enjoying her day under the sun. 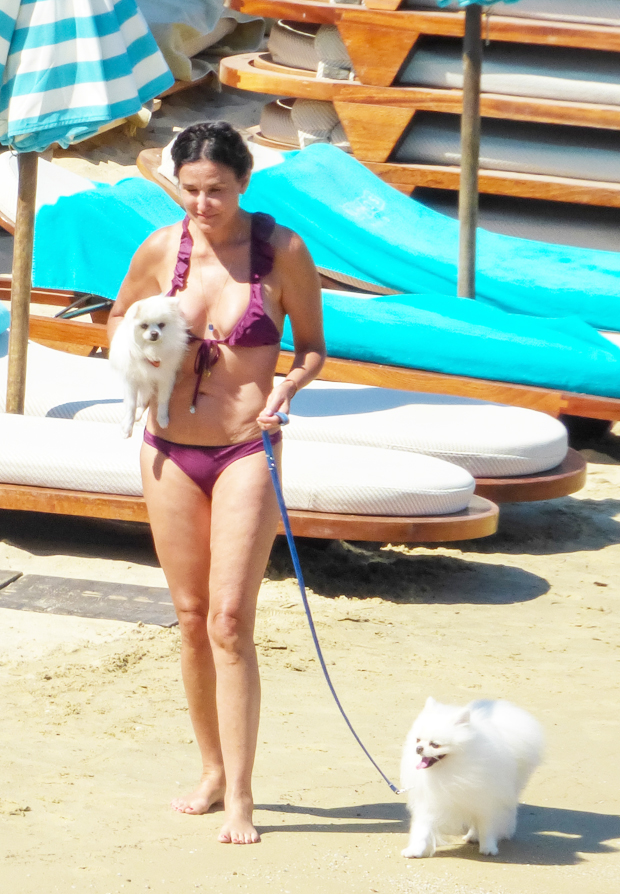 Demi’s latest vacation isn’t the first one she’s taken this summer. She was also seen taking in a Greek getaway with her daughters earlier in the season. She was photographed looking fantastic in a bikini while walking alongside her daughter Rumer Willis, 33, at the Nammos luxury beach in Mykonos on July 14.

The beauty also shared Instagram photos of herself posing in a black bikini during her vacation in Greece. One pic showed her standing in a mirror while holding up her phone and another showed her smiling while standing outside in the same epic two-piece. She also included a pic with a beautiful view of clear blue water and mountains. 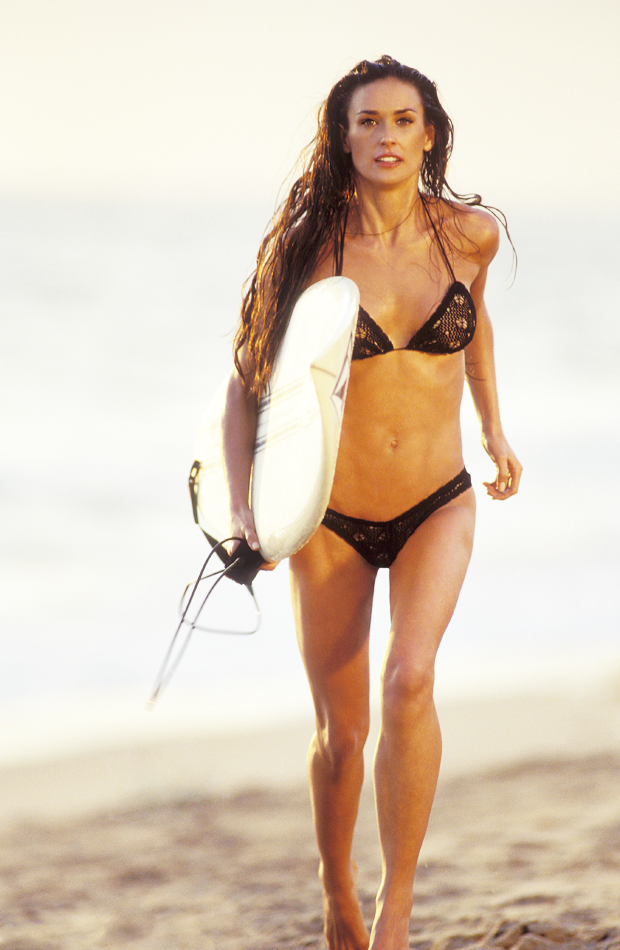 When Demi’s not wowing in swimsuits during her private vacations, she’s doing so in ads. The doting mom recently posed with her three daughters, including Rumer as well as Tallulah, 27, and Scout, 30, in one-piece bathing suits for an Andie Swim campaign. They all flaunted their look-alike features as they posed on what appeared to be a wooden dock in front of water. In one, they were all laying down on their stomachs and leaning on their elbows as they gave fierce facial expressions to the camera.

“SO excited to finally share @andieswim’s new campaign, celebrating togetherness and showing up for the people you love… It was only fitting that I got to share this moment with the people I love most ❤️,” Demi captioned the post.