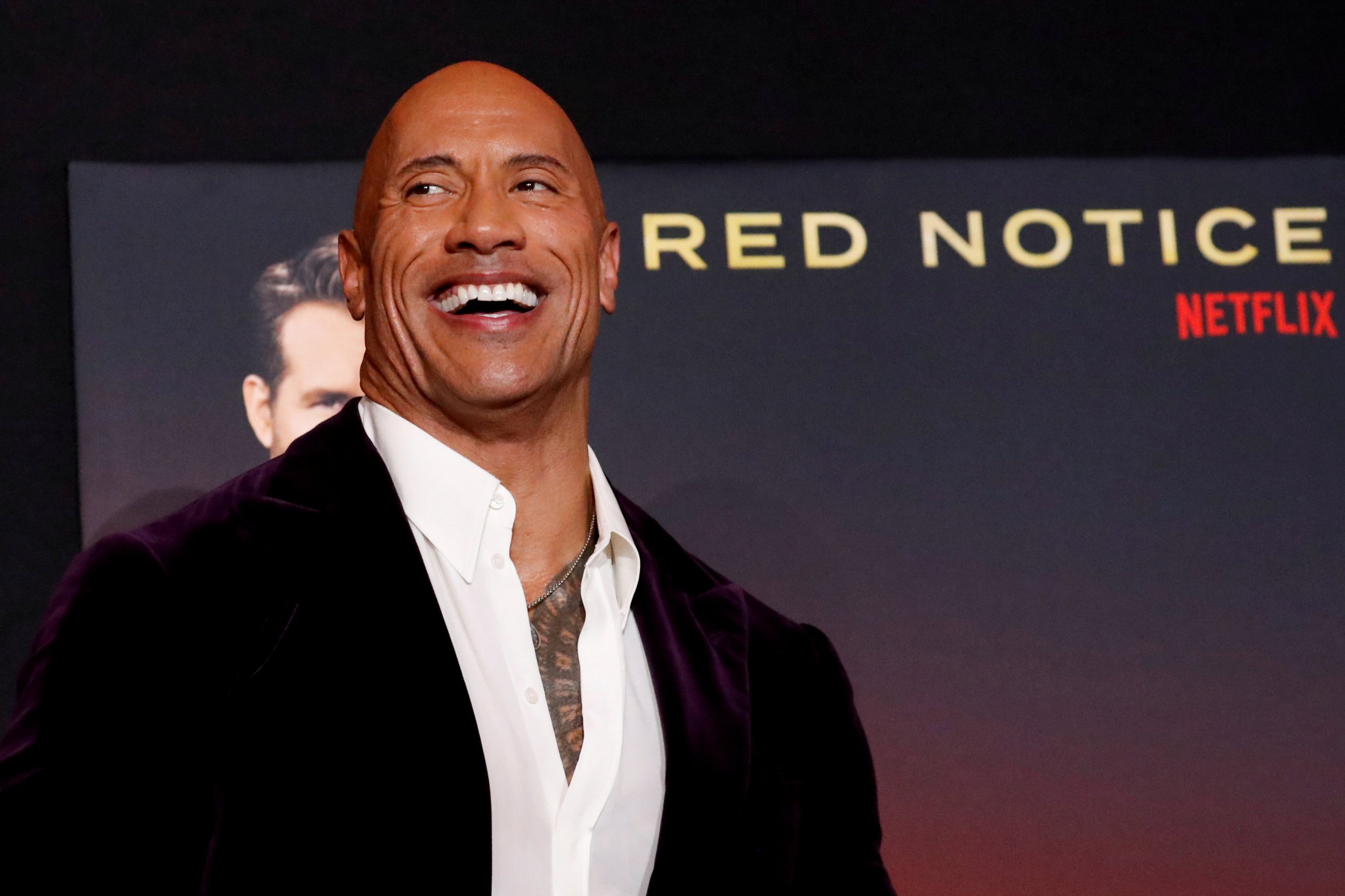 Dwayne ‘The Rock’ Johnson may be one of the most generous people on earth, as he reduced a Navy veteran to tears while giving him his own truck.

The Jumanji actor, 49, invited fans to a special screening of his new film Red Notice in Los Angeles, where he put on an array of freebies for his guests.

However, for one fan, personal trainer Oscar Rodriguez, it was about to become a really great day, as he was gifted his own personal vehicle by the Hollywood star.

Mr Rodriguez, who cares for his 75-year-old mother, is a church leader and US navy veteran and provides meals and support for victims of domestic violence.

In a video posted on Instagram, Johnson said: ‘I invited fans to a special theater screening of RED NOTICE and I wanted to do something cool for all of them.

‘I also wanted to do something BIG… something MASSIVE… something unforgettable for one fan.’

Speaking to Mr Rodriguez on stage, Johnson told him: ‘Your story really moved me because… you’re always keeping it positive and motivational and optimistic.’

An emotional Mr Rodriguez replied: ‘I’m just speechless, I did not know this was even going to happen. This is such a blessing.

‘It’s so good to meet you. I feel so encouraged right now, so uplifted. You inspire me… and yeah man, let’s do it. Let’s change the world one person at a time.’

Outside in the car park, a letter addressed to Mr Rodriguez had been left in Johnson’s customised truck.

It read: ‘Thank you for your service brother, enjoy your new truck.’

A shocked Mr Rodriguez put his head in his hands before excitedly revving the vehicle’s engine and calling his girlfriend to exclaim: ‘Look who I’m hanging out with!’

As he drove away in the truck, Johnson said: ‘His laundry list of caring credentials is pretty amazing so it’s just an honour for me to give a little bit of joy to a dude who probably deserves a lot more than just my truck.’

Looking around the car park, he added: ‘And now I can figure out how I’m getting home. Cos I don’t have my ride.’

In the caption of his Instagram post, he added: ‘Oscar said it right, just before he drove away – it’s just love.

‘That’s all it is, brother. Just love.

‘Go enjoy your new truck dude, and Merry Christmas to you and your family.’

Johnson, who recently shared his dream of becoming the next James Bond, might just be the kindest man in Hollywood.