EDEN CONFIDENTIAL: Does Toff look like a toffee? I’m A Celebrity winner sports Ascot outfit which ‘looks like a Quality Street wrapper’

Ladies’ day at Royal Ascot is meant to be a show of sartorial elegance but one aristocrat managed to lower the tone. I’m A Celebrity Winner Georgia Toffolo sported an outfit that led one race-goer to remark, a little unkindly: ‘She looks like a Quality Street wrapper.’ 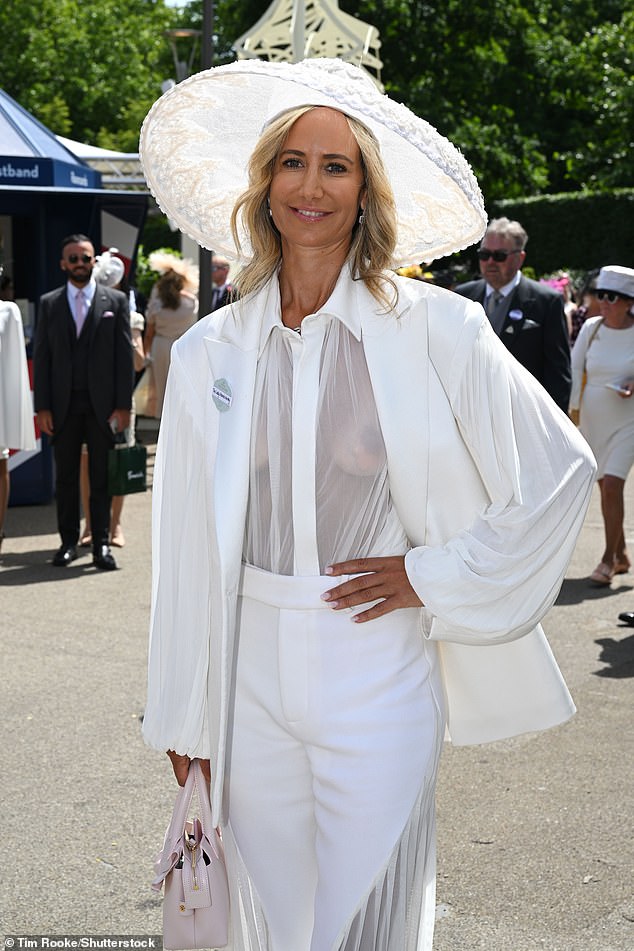 Socialite Lady Victoria Hervey, the Marquess of Bristol’s sister, 45, wore a see-through top in the Royal Enclosure. I’m A Celebrity Winner Georgia Toffolo sported an outfit that led one race-goer to remark, a little unkindly: ‘She looks like a Quality Street wrapper.’

Her BBC legal drama The Split was an addictive hit, and now Abi Morgan plans to bring her own life to the screen.

‘As a screenwriter, I always see through that prism, and it’s a very natural progression that I go that way,’ she tells me at the Women’s Prize for Fiction awards ceremony in Bedford Square Gardens, London. Speaking about her own life story, This Is Not A Pity Memoir, which details a tragic change in her family circumstances, she adds: ‘It’s about love and loss and all those kinds of themes women deal with.’

Spare a thought for the port-stained stalwarts of the Derby Club dinner, the black-tie, £150-a-head beano held annually in the River Room of the Savoy Hotel and presided over by the Earl of Derby. I can disclose that barely a week since it was lambasted for remaining an all-male affair, the club’s commit – tee has capitulated and will allow women to join ‘if elected’ and to attend as guests — if invited. ‘It was a unanimous decision,’ I’m told by a sporting gentleman, who adds that ‘a couple of ladies will be invited onto the committee’.

He transfixed the world when, alone but armed with a Colt Canada rifle, a Glock 9mm handgun and a combat knife, he confronted and killed jihadist terrorists who’d seized a hotel in the Kenyan capital Nairobi, freeing scores of hostages in 2019.

Now, in a development which sounds as though it’s been lifted from a Hollywood script, the former SAS man known by the pseudonym ‘Christian Craighead’ has found love with a member of the Cadbury’s chocolate dynasty.

Tobi-Jayne Cadbury, 35, comes from a world which could scarcely be more different from Christian’s.

Whereas Craighead, who was born in the North-East, enlisted in the Army aged 16, she is the daughter of retired judge Nigel Cadbury and a descendant of the confectionary giant’s founder, John Cadbury.

They were introduced by friends in London. Tobi-Jayne, who has followed her father into a legal career, says: ‘We are together and we have been for a while. I support him anyway I can.’ As to the future, she tells me: ‘We are extremely happy dating for the time being.’

The surname Christian has assumed is that of a former flame, Shealah Craighead, who, in another Hollywood twist, was chief official White House photographer for President Donald Trump. 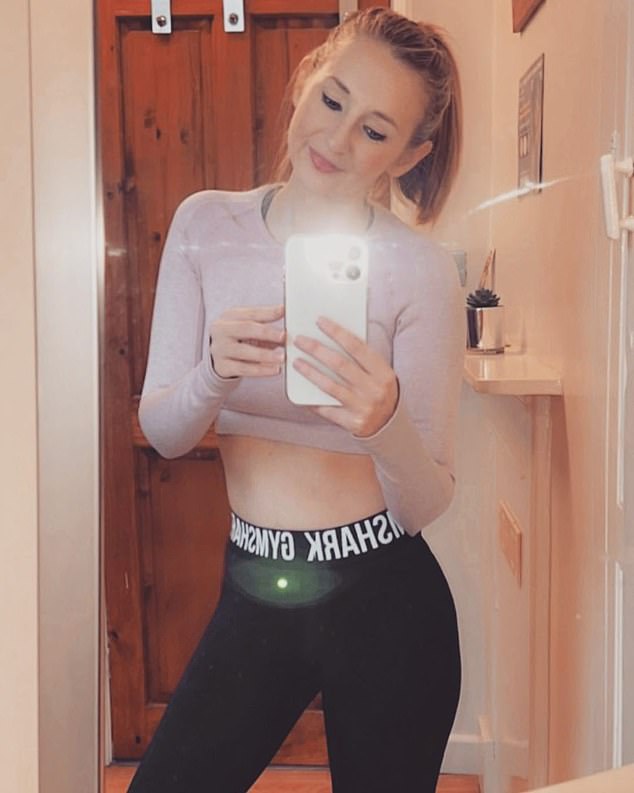 Tobi-Jayne, who has followed her father into a legal career, says: ‘We are together and we have been for a while. I support him anyway I can’

Soon after his extraordinary heroism in Nairobi, for which he received the Conspicuous Gallantry Cross — Britain’s second highest award for bravery — Craighead met Trump. ‘He took the time to thank me personally for saving American lives,’ Craighead recorded on social media alongside a photo of him with the former U.S. President.

The former SAS man, who left the Armed Forces 18 months ago, was off-duty in Nairobi, where he was training members of Kenya’s military, when he received a phone call telling him that Somali terrorists had seized a hotel and taken numerous hostages. He has written an account of the 19 hours which unfolded, One Man In: The Explosive Firsthand Account Of The Lone Special-ops Soldier Who Fought Off A Major Terrorist Attack In Kenya.

Probably not bedtime reading for Tobi-Jayne. She can snuggle up to the author instead.

He’s captured everyone from Madonna to the Queen, but celebrated photographer Rankin struggled to shoot the Rolling Stones.

‘The last time I did them, Mick [Jagger] grabbed the camera and started photographing me,’ he tells me at the launch of Rankin’s THE UNSEEN exhibition at the Quantus Gallery in Shoreditch, East London.

‘They are great fun to photograph. They give off such good energy, and some mornings I put on [the Stones’] Street Fighting Man or Start Me Up to get me going.’

When I said step up for charity…

Fancy French cobbler Christian Louboutin wasn’t in the mood for walking during his visit to London this week. 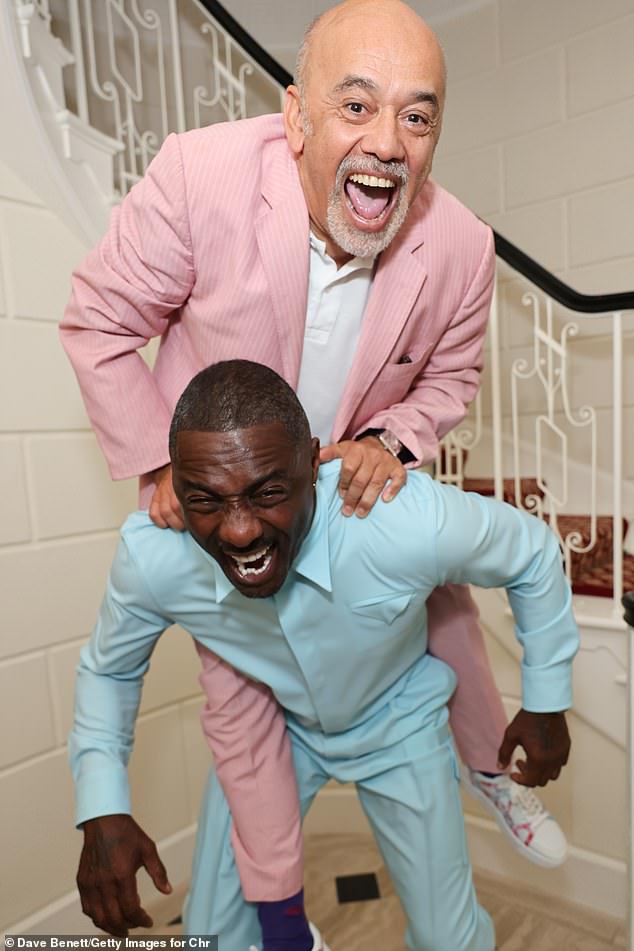 The designer, 59, was given a piggyback ride by Hollywood star Idris Elba, 49 (left) as they launched their second charity foot – wear collaboration, Walk a Mile in My Shoes II.

Luther star Elba says this time round it’s in support of ‘education, the creative arts and youth empowerment, with 100 per cent of the proceeds donated to six charities across the globe’.