Former This Morning presenter Fern Britton, 62, has given her fans a sneak peek into her Saturday night plans while the nationwide coronavirus lockdown continues. The TV presenter, who had her rollers in, explained to her followers that she was “all spruced up” for her Saturday night and revealed, “it’s going to be a hell of a night”.

I’ve got a nice Tesco ‘savvy-b’ waiting for me, chilling.

While the coronavirus lockdown across the nation continues for the unforeseeable future, ITV presenter Fern shared a video with her Twitter followers to explain what her Saturday night plans would entail.

Captioning her video with “Saturday night !!!!!!” the TV host told her 70,000 followers on Twitter: “Hello. So it’s Saturday night which is apparently the night of the week where we’re going to go and really enjoy ourselves…

“I’m all spruced up. Yes, I’m intending to go and have a marvellous evening. First of all, I will be going to the kitchen.

“And I shall be pouring myself a glass of wine from the fridge. I’ve got a nice Tesco ‘savvy-b’ waiting for me, chilling.” 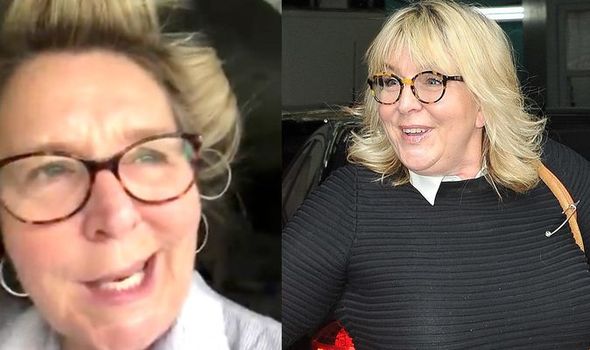 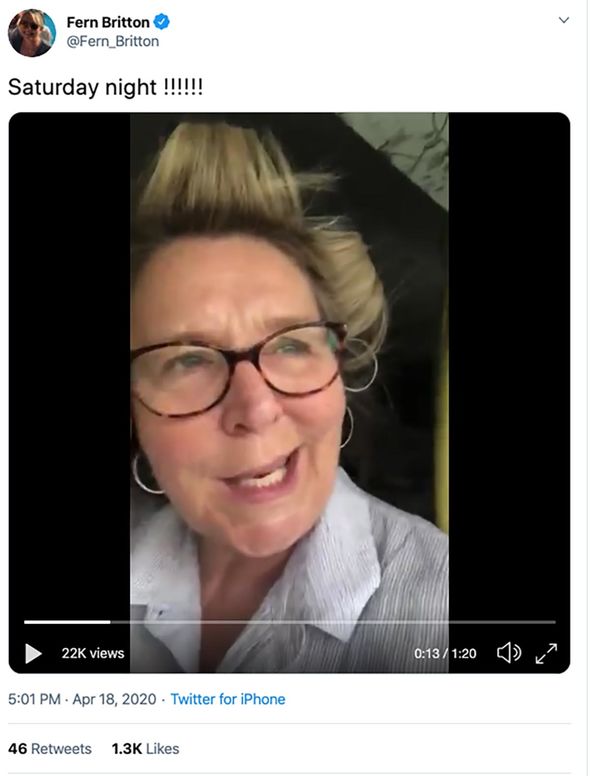 Fern continued to describe the rest of her planned evening to her followers as she added: “Then I shall probably move on to, I know don’t get too excited, a bacon sandwich.

“Yes we know how to do it in Cornwall, you know.”

The TV star continued: “After that, I’ll probably have another glass of wine, and end up slumped somewhere in an armchair watching something quite sad on television.”

Soon after, Fern comically tried to hold back her tears as she announced: “I’m missing you all…,” then moved on to jokily say: “And having perhaps a bit of a headache in the morning.” 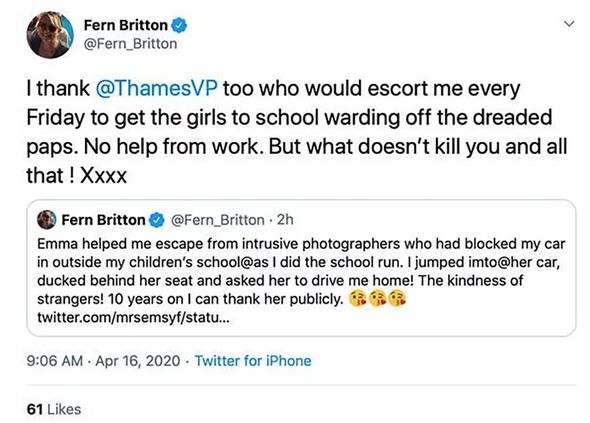 Fern rounded up her video by saying: “I’m not sure. I’m not entirely sure what the plans are but you can bet you, baby, it’s going to be a hell of a night!”

After the Ready Steady Cook host shared her “brilliant” video, fans flocked to her post and commented on how “funny” her message was.

One, who was amused by Fern’s video, wrote to the star: “Fern, I blooming love you, have a great evening.”

Another went on to say: “Haha this is brilliant, enjoy your bacon butty & the wine dahhhhling.”

Meanwhile, earlier this week Fern spoke out about the lack of support she received from This Morning after she was surrounded by “intrusive photographers” back when she presented the show.

This came after Fern was reminded of the time she left the show by one of her Twitter followers, as they wrote: “This Morning has never been the same since you left. Gave you a lift home once from a school whilst I was working and you were lovely! Was glad to have helped you out x.”

After noticing their remark, Fern responded with: “Oh yes! I just jumped in? X,” which left the fan to add: “You didn’t deserve all the grief you got back then! You made our day tho x.”(sic)

The TV personality retweeted her comment and wrote to her followers: “Emma helped me escape from intrusive photographers who had blocked my car outside my children’s school as I did the school run.

“I jumped into her car, ducked behind her seat and asked her to drive me home! The kindness of strangers! 10 years on I can thank her publicly.”

She confessed how she had “no help from work” at the time, as she explained further: “I thank @ThamesVP too who would escort me every Friday to get the girls to school warding off the dreaded paps.

“No help from work. But what doesn’t kill you and all that! Xxxx.”