Fox News Flash top headlines for May 15 are here. Check out what’s clicking on Foxnews.com

One audience member at a Florida standup comedy show couldn’t take a joke.

Comedian Ahmed Ahmed, who is of Egyptian descent, was performing at the Off The Hook Comedy Club in Naples, Fla., on Saturday when he made a joke about Islamic terrorism, prompting someone in the crowd to phone 911.

"Clap if you're from the Middle East," Ahmed said, according to a clip posted on the club's Facebook page. "All right. We got a handful of us in in here, nice. But, hey, it only takes one of us … to tell a joke."

The wisecrack prompted one audience member to call the Collier County Sheriff's Department to report Ahmed. He claimed the comedian also joked about starting a terrorist cell after asking how many Muslims were in attendance. 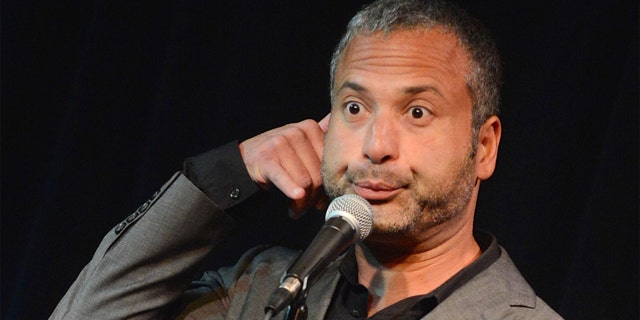 "I mean it really bothered me," the caller said, according to the sheriff's department audio release of the call. "And I yelled out, `And the paddy wagon is going to be outside to get all of you.' "

He said he was concerned Ahmed would make the joke again in a later performance.

"I don't know if it's fear, racism, ignorance, or Islamophobia, or whatever you want to call it," Ahmed told WBBH-TV in Fort Meyers. "It's unfortunate that somebody was very adamant about making a point to make a 911 call."

Sheriff's deputies showed up to the club to speak with Ahmed before his Sunday night set and left.

Club owner Brian Spina said he was just as surprised by the call as Ahmed was.

"Nothing I can remember sparks anything in my mind that I say 'Wow that was way off track,'" Spina said in a video Ahmed posted to Twitter.