The new Marvel ‘Eternals’ trailer has dropped, and fans are so excited to see Kit Harington and Richard Madden back together in the Chloé Zhao-directed film.

It’s a Game of Thrones reunion! The latest trailer for Eternals dropped on May 24, and fans got their first glimpse of Kit Harington as Dane Whitman aka the Black Night, and his former GOT co-star Richard Madden as Ikaris. The upcoming Marvel film is now set to be released in November 2021, and fans can’t wait to see the pair reunite on the big screen. “RICHARD MADDEN AND KIT HARRINGTON IN THE NEW MARVEL MOVIE I could cry omg my winterfell boys,” one fan wrote on Twitter, while another said, “I WAS NOT READY TO SEE KIT HARRINGTON AND RICHARD MADDEN IN ONE TRAILER.”

It comes a couple of weeks after Marvel dropped another clip, which showed Angelina Jolie as Thena, wielding a glowing sword. She was also sporting platinum blonde hair. “When you love something, you fight for it,” the voiceover says when Angie is on screen. The hotly anticipated movie also stars Kumail Nanjiani’s as Kingo, Gemma Chan as Sersi, Don Lee as Gilgamesh, Lia McHugh as Sprite, Salma Hayek as Ajak, and Brian Tyree Henry as Phastos.

The cast was first revealed way back in 2019, and Kit opened about about joining the MCU. “I went from a brilliant play which sort of kickstarted my career and Game of Thrones came along and that lasted ten years. As Game of Thrones finished, Marvel came along and so what I’m really excited about is getting involved in a new world and in a new universe,” Kit said at an ACE Comic-Con appearance in 2019. 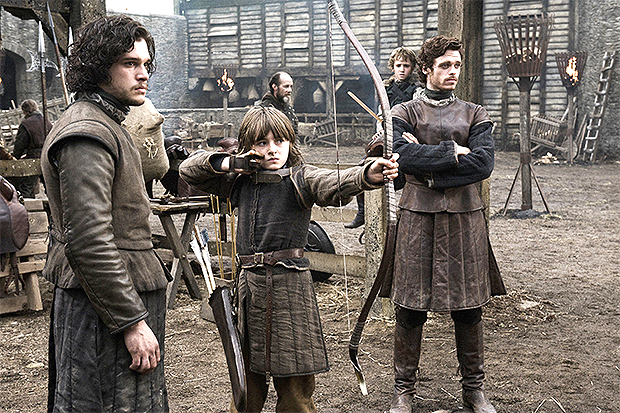 “Coming here, I can see just how passionate people are about this world. This is the first time I’ve met people on that level about Marvel and I’m just thrilled. It’s a whole new chapter and a whole new character to start thinking about. Without saying too much at all, on the surface, [Black Knight] can look like Jon Snow in the comics but there is actually a lot to be done that is different.”