Scott Speedman is a dad! The star of Grey’s Anatomy, 46, announced the arrival of his daughter with girlfriend Lindsay Rae Hofmann on Instagram on Thursday, Nov. 4, about a week after she was born. The actor’s daughter, named Pfeiffer Lucia Speedman, was born at home on October 26, his Instagram caption revealed.

Scott shared two sweet photos with his newborn: in the first, he could be seen gazing at her little face as she sleeps (little pink beanie in tow), and in the second, he could be seen carrying Pfeiffer. His girlfriend, who he has been dating since 2017, also shared a series of black-and-white snapshots on her Instagram on Thursday, revealing the meaning behind the newborn’s name.

“Our beautiful daughter was born at home on October 26th at 8:33am weighing 6.6lb,” Lindsay explained on Instagram. “Pfeiffer, for her heart to always feel connected to the nature and sea & Lucia, to forever be our little ‘light.’” The arrival of baby Pfeiffer ahead of Halloween comes after the couple announced in May that they were expecting.

While on The Drew Barrymore Show on October 18, Scott opened up about how he and his girlfriend had been preparing for a home birth, revealing that they borrowed a tub from a neighbor he didn’t even know very well. “We had to go pick up the tub from who just happens to be our neighbor; we don’t know these people,” he told host Drew Barrymore.

“I just knocked on the door and this guy just delivered this tub and now I am in charge of blowing it up and getting water in and all of that stuff,” the actor continued. “It’s kind of a weird experience, I’m not gonna lie.” Prior to his appearance on Drew, Scott told PEOPLE that he was “tremendously excited” to become a father for the first time. 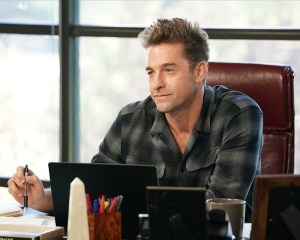 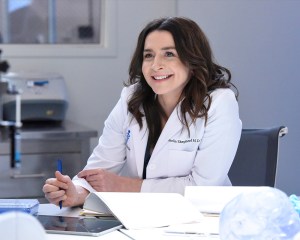 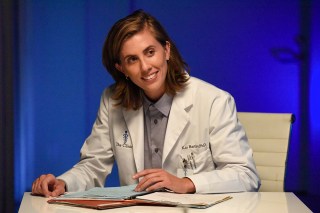 “I’m tremendously excited,” he told the outlet. “I probably wasn’t ready as a younger guy, and now I’m ready to sort of give over to it. The timing just feels great.” He gushed about his “amazing” girlfriend, adding, “I’m aware that I don’t have to do the heavy lifting so I’m a coach and support team for my girl. We’re just trying to get everything ready.”

While he admitted that he has “no idea what’s coming,” Scott added, “Everybody says that having kids changes your life; and whatever that means, I’m excited to find out.”