Setting the record straight! Hailey Baldwin took to social media to clear up any rumors about whether Justin Bieber was yelling at her in a clip that went viral.

“Reminiscing on how amazing last weekend was. Had the best time surrounded by so much love,” Baldwin, 24, captioned a photo of her kissing Bieber, 27, via her Instagram Story on Wednesday, July 14. “Any other narrative floating around is beyond false. Don’t feed into the negative bulls–t peeps.” 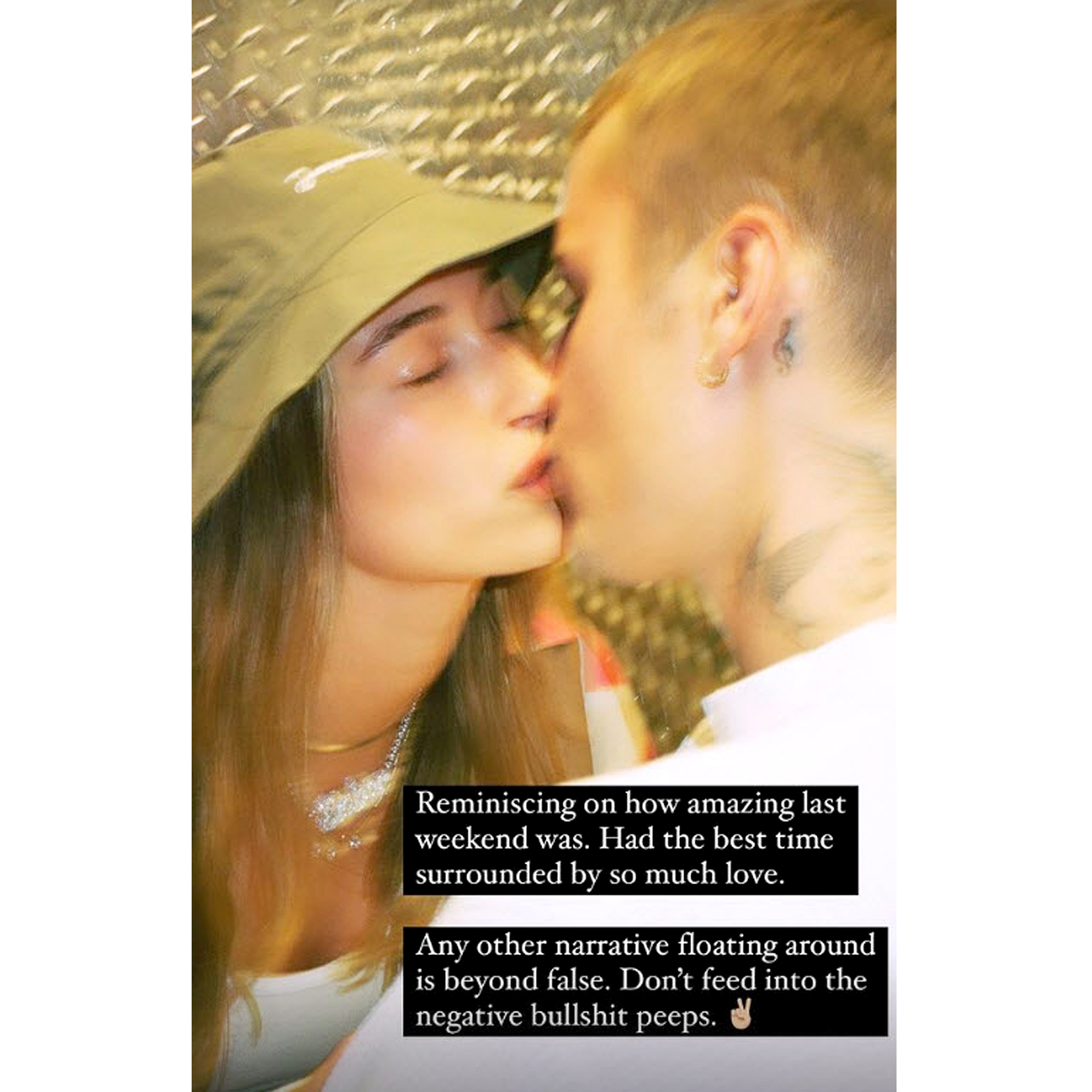 The model’s clarification comes after the couple enjoyed a trip to Nevada where the singer performed at multiple locations on Friday, July 9. In a video that later was shared by fans online, Bieber was seen seemingly speaking very loudly to Baldwin as they left a club together. Some people questioned whether Bieber was actually yelling at his wife, or if he was just talking with excitement.

After the clip went viral, several social media users tried to clear up what happened.

“He was not yelling and we were there to witness what went down. He was all adrenaline,” one person commented on Twitter at the time. Another fan noted that Bieber was “on STRAIGHT adrenaline from performing” adding, “He wasn’t mad at Hailey and he wasn’t yelling at her.”

Bieber and Baldwin got engaged in July 2018 after getting back together weeks prior. The pair exchanged vows at a New York City courthouse in September 2018 and later had an official ceremony for their loved ones in South Carolina. 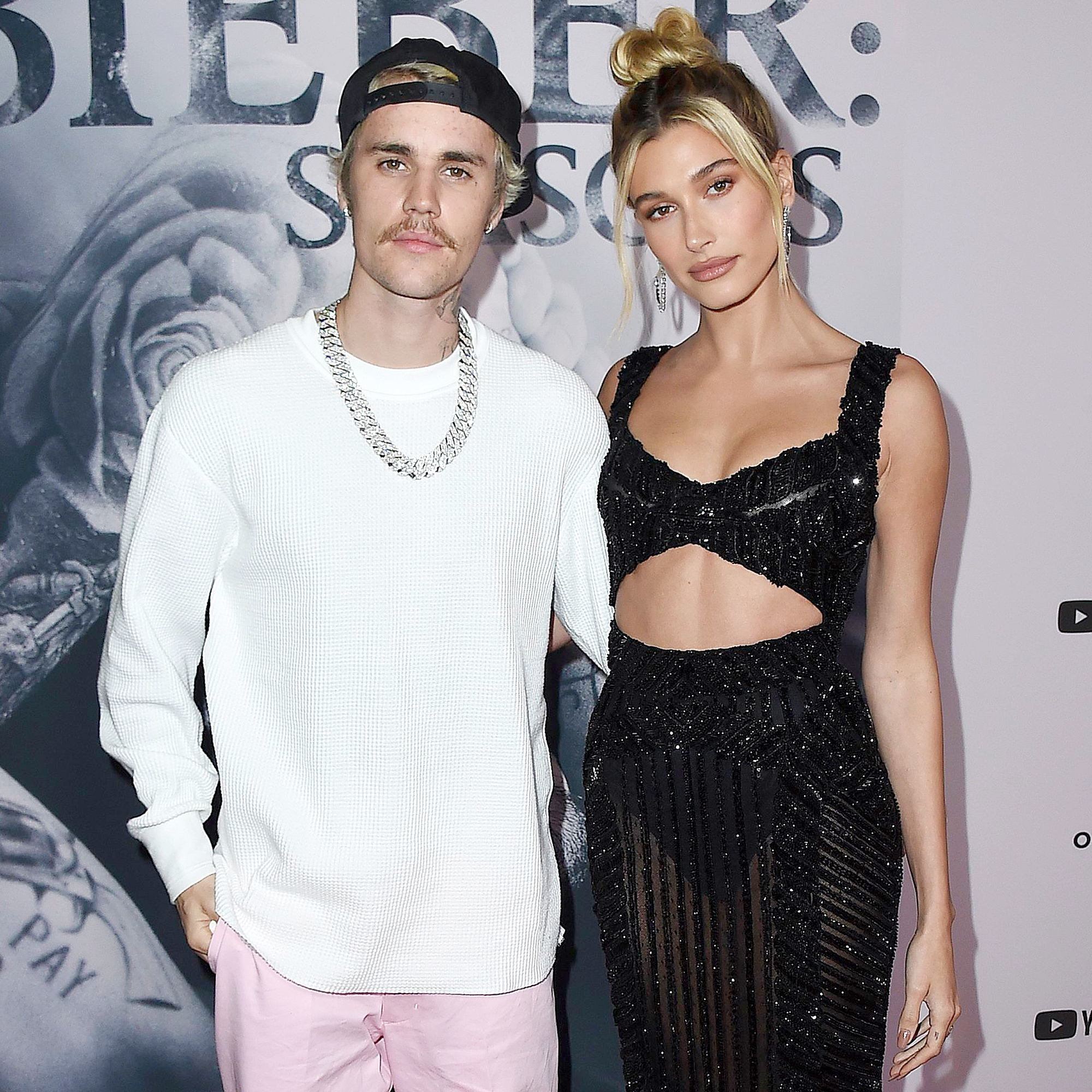 The “Peaches” performer recently opened up about the complications that come with marriage.

“The first year of marriage was really tough because there was a lot going back to the trauma. There was just a lack of trust,” Bieber revealed to GQ in April. “There was all these things that you don’t want to admit to the person that you’re with, because it’s scary. You don’t want to scare them off by saying, ‘I’m scared.’”

Even though his relationship required work, Bieber was willing to make that commitment because he wanted a future with Baldwin.

Justin Bieber Through the Years

“I just felt like that was my calling. Just to get married and have babies and do that whole thing,” he added at the time.

For the two-time Grammy winner, one of the obstacles after tying the knot was working through his past “unstable” personal life.