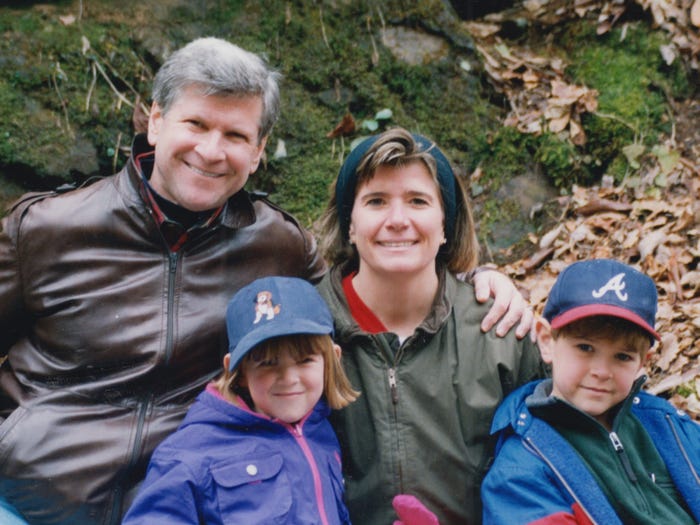 HBO's new docuseries "Murder on Middle Beach" is a moving exploration of one woman's life and murder, and how her family dealt with the aftermath of her death.

The show is directed by Madison Hamburg, the 29-year-old son of Barbara Beach Hamburg, who was found dead outside of her Connecticut home in 2010.

As the series progresses, Madison gains new insight into his mother's life before her murder, including her troubled relationship with his father and Beach Hamburg's ex-husband, Jeffrey Hamburg. He also works to eliminate several of his family members as potential suspects in his mother's murder.

Here's everything you need to know about Beach Hamburg's death and "Murder on Middle Beach."

Who was Barbara Beach Hamburg and when did she die?

The 48-year-old mother of two lived on Middle Beach Road in Madison, Connecticut. Prior to her death, she'd been engaged in a legal battle over child support with her ex Jeffrey Hamburg, who's also the father of Madison and his younger sister Ali.

On the morning of March 3, 2010, Beach Hamburg was found dead in the front yard of her home by Ali and her sister, Conway Beach. According to the HBO docuseries, Beach Hamburg's body was covered with outdoor furniture cushions when it was found. She also suffered numerous stab wounds to her face, chest, and hands.

The medical examiner later ruled her death a homicide, noting that she died as a result of "multiple blunt and sharp force injury."

Beach Hamburg had been expected in court, along with Hamburg, on the morning of her death, but never made it to her 9:30 a.m. appearance.

Has anyone been arrested or charged with her murder?

While Madison police initially questioned Hamburg after Beach Hamburg's murder, he was never formally charged with a crime, despite being named as a suspect.

Beach Hamburg and Hamburg married in 1989, but divorced in 2002. In the following years, they appeared in court together numerous times after Beach Hamburg said her ex-husband failed to make alimony and child support payments. Hamburg, for his part, said Beach Hamburg was behind on mortgage payments for their property.

At the time of her death, Beach Hamburg had primary custody of Madison and Ali, while their father received visitation rights.

Beach Hamburg is survived by her children, Madison and Ali, 27, as well as her mother, also named Barbara, and numerous siblings.

Beach Hamburg's sister, Conway, and her great-aunt, Jill Platt, are featured prominently in "Murder on Middle Beach," as is her mother.

In addition to the Beach family, Hamburg makes several appearances in the series as well although he's never formally interviewed.

What does Beach Hamburg's son learn about his mother in 'Murder on Middle Beach?'

While her murder and its aftermath are explored on the show, it also paints a vivid portrait of who Beach Hamburg was before her death, and how her family is managing to cope with their loss 10 years later.

Through interviews with family members and friends of his mother, Madison is able to come to a better understanding of who his mother was as a person.

"Murder on Middle Beach" premieres Sunday on HBO at 10 p.m. ET. You can watch the trailer below.