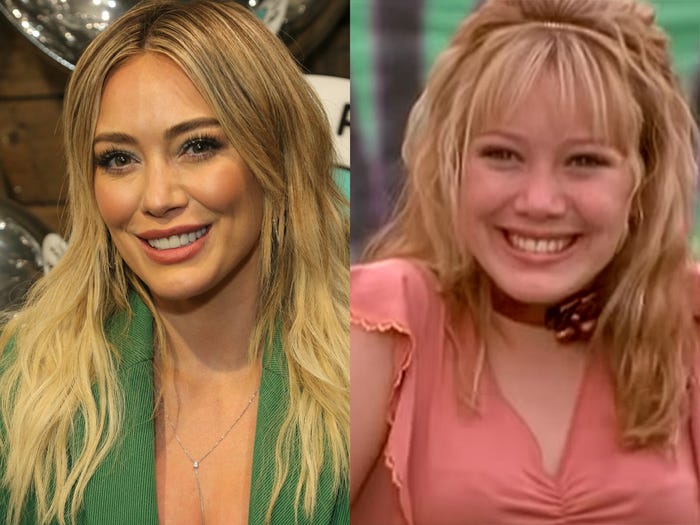 "I've been so honored to have the character of Lizzie in my life," Duff told fans in a statement shared on Instagram on Wednesday. "She has made such a lasting impact on many, including myself. To see the fans' loyalty and love for her, to this day, means so much to me."

The 33-year-old actress went on to say that attempts were made to "make a reboot work, but sadly and despite everyone's best efforts, it isn't going to happen."

Reiterating on past comments about her vision for a potential "Lizzie McGuire" series, Duff said that she wants "any reboot of 'Lizzie' to be honest and authentic to who Lizzie would be today. It's what the character deserves."

"We can all take a moment to mourn the amazing woman she would have been and the adventures we would have taken with her," she added.

"I'm very sad, but I promise everyone tried their best and the stars just didn't align. Hey now, this is what 2020's made of," she concluded, referencing the song "What Dreams Are Made Of," which was part of the 2003 "Lizzie McGuire Movie."

Even celebrities were disappointed by the news.

Sutton Foster," Duff's costar on the show "Younger," wrote, "You are the real deal. [Love] you."

News of the reboot was announced during Duff's surprise appearance at Disney's D23 Expo in Anaheim, California in August 2019

There, she revealed that she would be reprising the beloved role for a Disney Plus reboot centered on the adventures of 30-year-old Lizzie living in New York City.

Duff had begun filming the show in NYC in fall 2019, but production was halted months later after the original "Lizzie McGuire" creator, Terri Minksy, exited the new series due to creative disagreements.

The actress then provided an update for fans in February 2020, explaining that she wanted to provide a more mature, grown-up version of Lizzie while Disney Plus wanted a more family-friendly series.

"I'd be doing a disservice to everyone by limiting the realities of a 30-year-old's journey to live under the ceiling of a PG rating," Duff wrote on Instagram. "It's important to me that just as her experiences as a preteen/teenager navigating life were authentic, her next chapters are equally as real and relatable.

The actress also suggested moving the series to Hulu, since the streamer might be a more suitable home for the show.

In July 2020, Duff told Insider that there were "some creative bumps that we came across," but she was talking to Disney "several times a week" about the project and was "feeling hopeful."