Holly Willoughby, 38, shared some exciting news in view of her 5.5 million followers on Instagram this afternoon, as the glamorous This Morning presenter snapped a selfie in the car on the way to film an episode of Bradley Walsh’s new show. The star sported a casual look in a black and white flannel shirt, wearing her signature blonde locks in a messy up-do, with loose strands framing her face. She also opted for a natural makeup look, with mascara elongating her eyelashes and a light pink shade on her lips. Holly excitedly captioned the post: “On my way to @bradderswalsh new show… what’s this all about then?… let the chaos commence!”

The TV personality’s followers were quick to offer their thoughts on her announcement in the comments section of the post.

One wrote: “You are going to have so much fun.”

A second added: “Have a great time at the show, Bradley is hilarious! He just has to start laughing and I do too, his laugh is contagious!”

A third responded: “Gorgeous! I hope you have a great time!!”

Piers Morgan, who has also confirmed his appearance on Bradley’s show, revealed his competitive side in the comments as he told Holly: “You’re going down.”

It was revealed last week that the ITV favourite had secured a starring role in The Chase host’s forthcoming project, Late Night Guestlist. 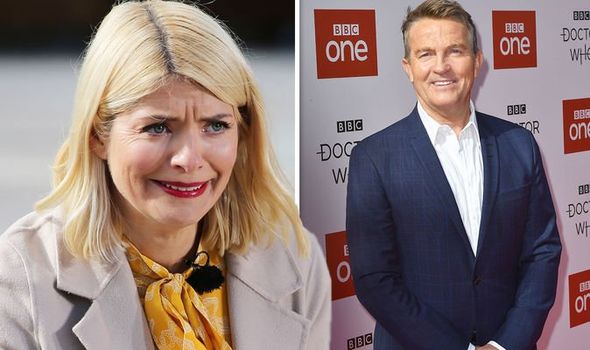 On my way to @bradderswalsh new show… what’s this all about then? … let the chaos commence!

Holly’s husband Dan Baldwin will be working alongside her as the show’s executive producer.

Dan spoke out about the concept behind the new ITV programme in an interview with Female First, explaining: “You will see Brad at his very best, entertaining huge A-list stars and the audience, both at home and in the studio.”

Bradley also spoke about his show to the publication, gushing: “I’m so excited to be filming this TV special.

“On my guestlist are going to be some big stars, with some fantastic music, funny games and at the heart of it, the great British public, who will hopefully get to win some truly amazing prizes.”

Elsewhere, Holly surprised This Morning viewers when she referred to herself as a “child dispenser” during a bizarre conversation with Phillip Schofield, 57. 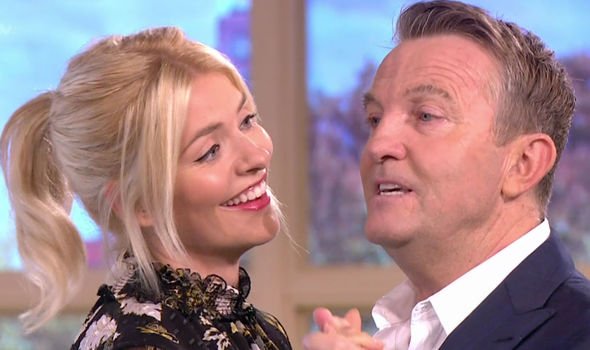 Holly began to laugh when she realised how odd her comment sounded, clarifying: “We all dispense something!”

Phillip appeared stunned by his pal’s remark as he replied: “Is that what you are? You’re a child dispenser?

The presenter then continued to giggle as she added: “No, but you know what I mean!”

This Morning airs weekdays at 10.30am on ITV.