If you’re a fan of former Food Network star Alton Brown but have perhaps felt intimidated to try his recipes in the past, his recently released cookbook Good Eats 4: The Final Years is a great opportunity to give some of them a go.

Packed with gorgeous photographs and the chef’s own sticky-note-style fascinating “factoids” throughout, this cookbook features Brown’s recipes from the Good Eats series Reloaded and The Return that he felt needed updated fixes.

I gave his reworked Lemon Meringue Pie from the new book a try and, for me, unfortunately, it was most definitely not good eats.

As with most of the recipes in Good Eats 4, Brown’s lemon meringue pie filling landed a spot in his book because of earlier “issues.”

Specifically, the problem his original recipe had was with the filling going “to goo” a day after the pie was done.

While most of the reviewers on Cooking Channel’s site had success with his “reloaded” recipe, which Brown noted was “changed yet again” for his cookbook, others did not.

“I was pretty disappointed in this recipe had high hopes. followed recipe as written. Crust was tough filling was runny,” one reviewer wrote. Another said, “I have tried to make lemon meringue pie for years and it always turns out the same way running lemon filling.” 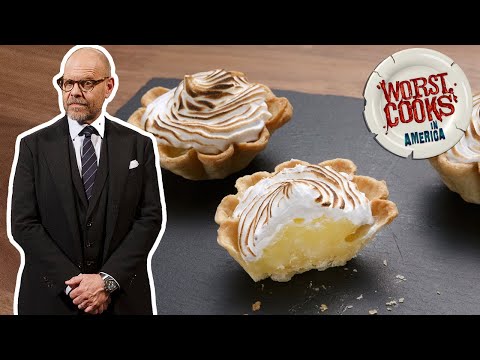 I had success with Brown’s crust and meringue

Brown’s recipe for the classic lemony dessert looks utterly doable, but for me, it was a resounding ‘meh.’ I don’t blame the chef; I’d never made this dish before and was optimistic my first time making it would be a success. I gathered all of the ingredients he required for the recipe and had each measured amount ready to go.

My pie crust and meringue, following Brown’s instructions faithfully, resulted in a flavorful, golden crust and fluffy meringue. Especially with the meringue, I was surprised at how well it turned out. 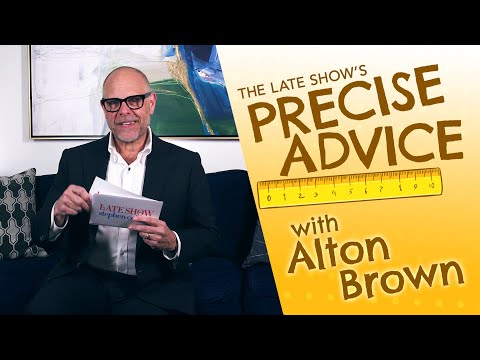 The pie filling, however, just didn’t have a chance. Again, I kept to the recipe instructions. It was delicious, but soupy.

Brown is so precise in all of his recipes, which is what I love about his dishes. Unfortunately, I don’t think my digital food thermometer was up to the task of registering liquid temperatures for, first, the lemon juice-sugar mixture and then, when bringing together this hot mixture with the egg yolks in order to temper the yolks.

As Alton Brown has proven to his fans time and again, cooking is a science, whether it’s pulled pork or pie, and it thrives on experimentation. I’m sure this won’t be the last time I try his lemon meringue pie.