I Raced Christina Aguilera in Mario Kart as Part of My Job, and She Completely Destroyed Me

Working at Cosmopolitan magazine presents its unique set of opportunities. The latest to cross my desk? Racing Grammy-winning Cosmo cover star Christina Aguilera through Mario Kart 8’s Deluxe Booster courses while trying to interview her. And she was fantastic at it.

Here is a comprehensive list of the warning signs I missed that suggest Christina Aguilera’s Mario Kart mastery:

As Christina got her game face on, my general vibe was more like this:

Red-shell-shaped flags aside, I went into the race with the optimism of someone who had no idea what was coming. Christina picked her racer (Pink Gold Peach, a “heavyweight racer” not for beginners. Sign #4.), and it was immediately clear I was out of my league. But since Christina is a gracious winner, she at least answered my questions, starting with her favorite weapon of choice aside from the red shells she pelted me with.

“The lightning bolt used to be a big one for me. Everybody has to be small, and then you’re the biggest one and you can run them over,” said the Muhammad Ali Humanitarian Award winner. “The bullet’s a great one, or the star when you’re invincible, that’s another great one. I mean, those are those are the ones you want to get.”

Despite what her performance on the race track might indicate, Christina was not born a savant gamer and instead learned to play in her basement alongside her sister growing up. (To this day, they still play together; Christina as Wario and her sis as Waluigi. Yes, they can do the voices.) 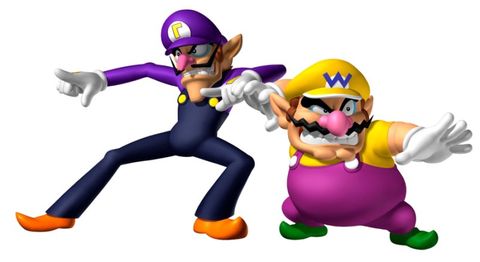 “We predominantly lived with my grandma, and she was like dead set against [gaming]. She was very old fashioned. She’s much older and she didn’t believe in it, but then when my mom started dating my stepdad, we got introduced to games there, and I was an immediate fan,” Christina said. “It’s definitely been something I’ve carried for the rest of my life. I mean, me and my sister still laugh about, you know, all the little things that happened. I was definitely the game control hog. They gave me a hard time about that, because I didn’t like to share the controller whenever it was a one-person situation. But it was such a big part of my childhood. My sister and I still play to this day when she comes over.”

As we circled the Paris Promenade—a new course featuring vaguely French architecture that flips into a mirrored track on the last lap (Christina knew this; I did not)—she explained how gaming helps her calm down, especially during stressful career moments. She used to have an entire gaming setup she’d haul around on tour to help her relax before she sang to sold-out stadiums. (Ever the Nintendo ambassador, she noted that she appreciates the portability of the Nintendo Switch, which prevents the uniquely A-list problem of world tour TV-lugging.) 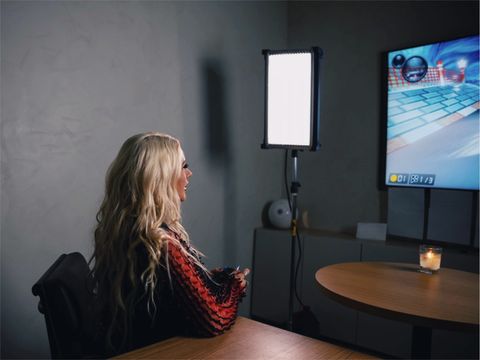 For Christina, it’s part stress relief and part bonding, and how competitive she gets has a lot to do with who she’s playing with. “If it’s my daughter, I want her to win. I want her to do a great job. I want to be encouraging I want her to, you know, find a love for gaming like I do because it’s something that has definitely carried through and is still fun to this day. But if it’s my partner?” Christina paused and smiled, referencing her longtime love Matthew Rutler. “I’ve never seen anybody more competitive than him, to be honest. It brings out my competitive side. So I think your competitiveness really depends on who you’re playing with, because some people definitely push you to bring it out of you more than others.”

Given that I did not push her at all—and we both lost to the skilled Nintendo rep who raced with us—her next quote about losing felt way more poignant than a Mario Kart interview setup might suggest.

“Whenever I see my kids play together, you know obviously there’s an age difference [of 7 years]. It’s a good life lesson for them. Of course you’re disappointed when you lose, and you don’t want to show that you’re mad at the other person. There’s good sportsmanship that goes along with this, so these are encouraging life lessons. I think being a good winner is just as important of a lesson because sometimes, if somebody wins and they’re making fun of the other person for losing, or gloating, that’s not a nice thing to do either,” she said. “I try to teach them from both sides, how to be a graceful winner and a graceful loser. You can’t win them all. Practice makes perfect, and so we encourage the practice.”

I will take those words to heart as I embrace my L. And if you yourself are practicing Mario Kart online and spot Wario zooming around the track, heed my warning and prepare yourself. Because you just might be racing Christina Aguilera.