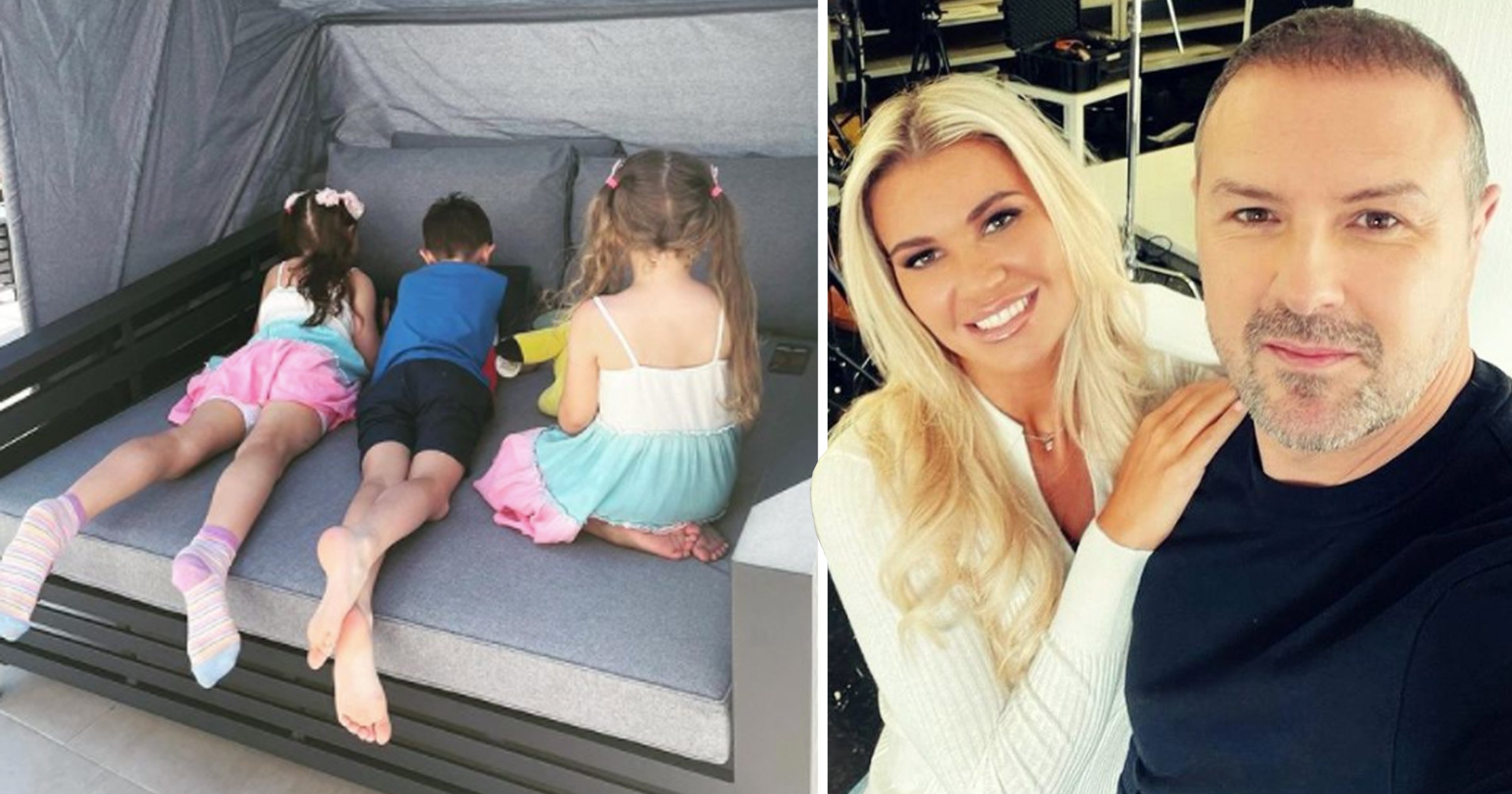 When my son’s nursery first alerted us to the possibility of his autism when he was 18 months old, my partner and I were actually relieved because it explained his language delay.

With him being our only child, we had no frame of reference to compare him to. But as the nursery had brought it up, we decided to follow their lead, which eventually took us to a diagnosis two years later in the middle of 2019.

So when I saw that Christine and Paddy McGuinness are releasing a very personal BBC One documentary called Paddy and Christine: Our Family and Autism about the everyday challenges they face bringing up their three autistic children, I was really pleased that they were using their profile to highlight a cause that affects so many families. They’re being so incredibly brave and open about the struggles they have been facing with it.

Pre-diagnosis, the fact our son might be autistic never crossed our minds at any point.

For us, getting a diagnosis was relatively straightforward because the nursery were really supportive, and we hadn’t realised that we were actually winners in the postcode lottery of diagnosis.

We went to our doctor, who referred us to a pediatrician, who then diagnosed him with autism at our first appointment. Our son is a happy, intelligent boy, and his autism challenges are communicative, meaning he struggles with expressing himself.

My son is now five, and he is the most amazing human being I know (yes, I am biased). While he’s thriving at school and seems to be enjoying it, the communication issues he has due to his autism mean that we’ve not yet had a proper conversation with him.

This means he has an amazing memory, can recite entire Thomas the Tank Engine stories verbatim and can sing every song from the Yellow Submarine album, but he’s unable to tell us what he did at school each day.

He goes to an incredible state school in South London, which has a specialist autism resource provision (ARP) unit with just six students per class, a teacher and two teaching assistants. Again, we remind ourselves daily of how lucky we are because we know this isn’t the case for so many other families.

Paddy and Christine McGuinness have been very open about the fact that bringing up three children with autism has been a struggle for them, which is incredibly brave of them.

By doing the documentary, Paddy said he hoped that other families might not feel so alone or isolated. That message is an important one.

As we had such an early diagnosis, we were able to attend speech and language courses from early on and there was a support network available to us. Where it’s been more difficult is being able to leave our son with relatives and go out because he’s quite lively and can be quite stressful to care for sometimes.

It’s so easy to put pressure on yourself to be a good parent, and when there are so many factors that are out of your control, this pressure is intensified. Autism is a condition that is only now becoming more widely-understood, and every case is different.

Then there are the external sources of anxiety; every parent of an autistic child will also have well-meaning friends and relatives who tell you that there’s nothing wrong with him yet continue to judge you for the decisions you make, which piles on more parental anxiety.

Sometimes people speak to him like they would a non-autistic child, and wonder why they would get no response. This is not their fault, it’s just a result of a lack of understanding of the condition.

While it’s natural for any parent to worry about their child, when you have a child who doesn’t possess the mainstream communication capabilities you see every day in other children, this worry is compounded.

I know my son is only just short of his sixth birthday, but I think about whether we’ll actually get to have a conversation with him. I wonder about his mental health and I worry about how he gets on at school every day because he isn’t yet able to talk about his everyday experiences with me.

The worries you have as the parent of an autistic child don’t just come and go. Will my son be able to communicate how he feels and will he be able to leave home one day and live independently from us? The latter Paddy McGuinness echoes too, previously saying: ‘I think my kids will probably be at home with me forever.’

My son came home from school recently with a note in his diary saying that he’d been involved in some pushing at school. Trying to find out what happened was not easy, and even now we don’t know what took place, nor how it started.

The thought of your child being bullied is distressing, and when you can’t get a clear picture of what happened, all sorts of troubling thoughts go through your mind.

The pandemic has not been kind to parents or children dealing with autism. It messed up routines, stopped us from enjoying the sensory pleasures we were so used to – like going swimming or visiting the coast to see family – and isolated us from the family and friends who might have been able to offer us comfort.

It’s been especially difficult for those who have been unable to get a diagnosis and are therefore unable to access any support at all.

It’s something Paddy feels strongly about too, recently saying: ‘In some areas of the UK, the wait for a diagnosis doesn’t take weeks or months, but years. It needs to change. People need to be seen much faster.’

Ultimately, we want our children to be happy and independent, to live fulfilling lives and be able to survive without us.

Until autism is understood universally, it will continue to be challenging for all parents of autistic children, as well as the children themselves.

I really hope that Paddy and Christine’s documentary will be received positively, and that as a result people will be more open-minded about neuro-diversity. Autism is a complex condition where no two cases are the same, so it’s difficult to understand unless you’re directly affected by it.

What they’re doing by opening their doors is making it easier for people to be more compassionate about what it means to have autism, which is truly admirable.

We are getting better, but can only hope to educate people on the condition as much as we can and develop more specialist ARP units in mainstream state schools to help children when they are first diagnosed.

This will require long-term investment in the education system and backing from the government.

As for me and my family, my only hope is that we are happy, healthy and independent.