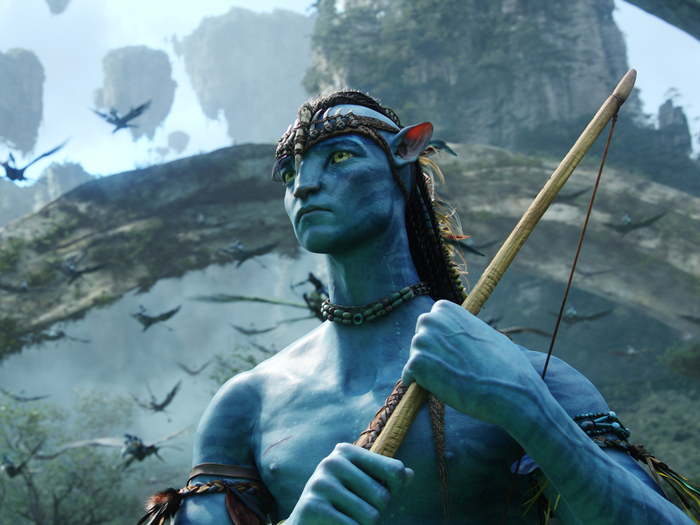 We are one step closer to returning to Pandora.

Director James Cameron revealed in a recent interview with Arnold Schwarzenegger for the 2020 Austrian World Summit that "Avatar 2" has completed filming and that "Avatar 3" is "95%" complete and will be finished after he delivers "2" for release.

The Oscar-winning director, who is currently in New Zealand making both "Avatar 2" and "3" simultaneously, told Schwarzenegger that due to the coronavirus they lost four-and-a-half months of production. It resulted in the movie's studio, Disney (which owns 20th Century Studios, which released the first movie when it was a standalone studio), pushing back its release date to December 2022.

"Now that doesn't mean that I have an extra year to finish the film because the day we deliver 'Avatar 2' we'll just start working on finishing 'Avatar 3,'" Cameron said. "So where we are right now, I'm down in New Zealand shooting. We're shooting the remainder of the live-action. We've got about 10% left to go. We're 100% complete on 'Avatar 2' and we're sort of 95% complete on 'Avatar 3.'"

You may be asking yourself, "Well, if he's done with shooting the movie why do we have to wait until 2022 to see it?" That's because there's a massive amount of CGI in the movie. So though the live-action footage is complete, there's still a lot of work to go in post production.

Cameron has been talking about the sequel to "Avatar" as far back as when it opened back in 2009 and went on to become the highest-grossing movie of all time (until "Avengers: Endgame" took the title in 2019). "Avatar 2" has had countless release date changes since its original date of 2014. And in that time Cameron has also revealed that he's been making an entire franchise. If "2" and "3" are successful, Cameron said he plans to make movies "4" and "5."

Since the pandemic closed down the industry in March, "Avatar" franchise producer Jon Landau has sent out photos of the movies' production restart through his Instagram account.

Here's Sigourney Weaver filming an underwater scene for one of the sequels:

Here's Zoë Saldana and Sam Worthington with new stars to the "Avatar" franchise, Kate Winslet and Cliff Curtis, filming in the massive 900,000 gallon performance capture tank that was built in New Zealand for the sequels.

Cameron noted to Schwarzenegger that filming in New Zealand has been a big advantage because the country has continued to have one of the lowest infection rates of COVID-19 in the world.

"We're able to operate, we're able to shoot, and we're able to have a more or less normal life here, so we're very fortunate," Cameron said. "I don't see any roadblocks to us getting both pictures finished."

Watch Cameron's chat with Schwarzenegger about the "Avatar" franchise: