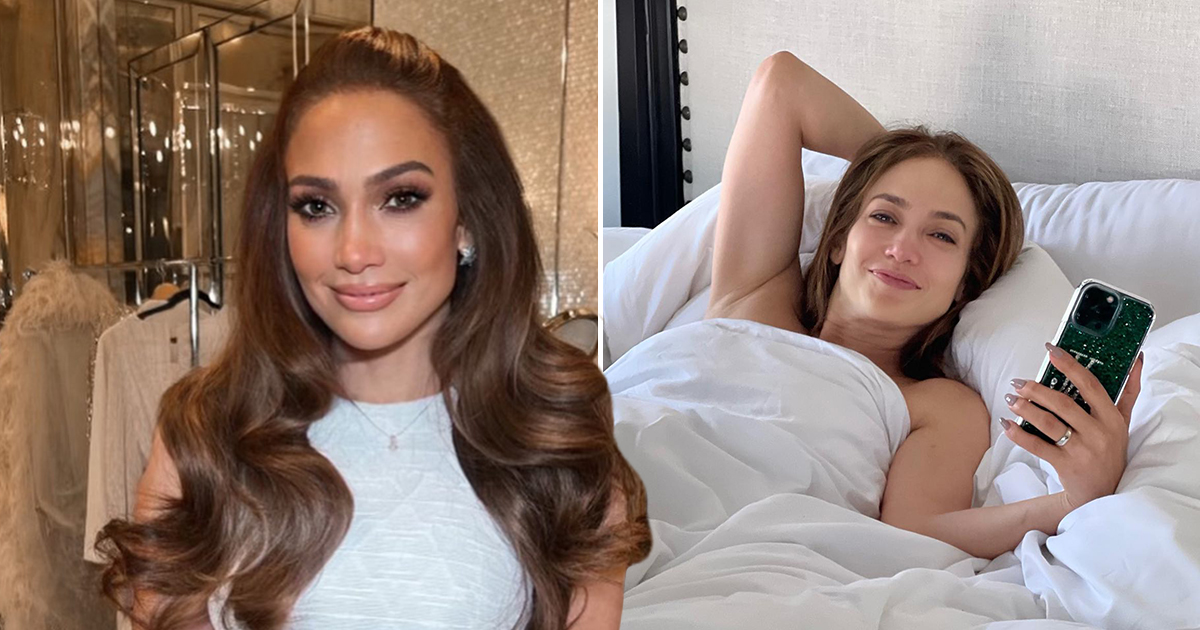 Jennifer Lopez is officially a married woman, and she seems over the moon as she showed off her shiny new wedding ring following her nuptials with Ben Affleck.

Who can blame her?!

Almost two decades on from when they first got engaged, the Jenny From The Block singerand Batman actor have finally tied the knot, in a tiny ceremony in Las Vegas.

Jen – or the new Mrs Affleck – updated fans with a new photo hours after she tied the knot, beaming in bed and holding her phone as she displayed her brand new silver wedding ring.

It came after Jennifer and Ben tied the knot in Sin City on Saturday, three months after he popped the question – and a year after they reconciled.

Reports of the nuptials first emerged on Sunday andJennifer, 52, has detailed what happened when she and Ben, 49, said their vows.

In a new blog post on her OnTheJlo website, the Marry Me actress shared a set of photos and videos offering a behind-the-scenes look at their special day.

One clip shows Jennifer admiring herself in the mirror after slipping into her wedding dresses – one of which was a minimalist yet classic sleeveless white dress featuring a puffball skirt and embroidery, and the other, a strapless gown with lace sleeves, while her hair was worn down in loose curls.

Meanwhile, the groom filmed himself getting ready in a pretty bog-standard toilet, and wore a white tuxedo.

Jennifer wrote in the blog: ‘We did it. Love is beautiful. Love is kind. And it turns out love is patient. Twenty years patient.

‘Exactly what we wanted. Last night we flew to Vegas, stood in line for a licence with four other couples, all making the same journey to the wedding capital of the world. Behind us two men held hands and held each other.

‘In front of us, a young couple who made the three hour drive from Victorville on their daughter’s second birthday—all of us wanting the same thing— for the world to recognise us as partners and to declare our love to the world through the ancient and nearly universal symbol of marriage. ‘

She continued: ‘They were right when they said, “all you need is love”. We are so grateful to have that in abundance, a new wonderful family of five amazing children and a life that we have never had more reason to look forward to.

‘Stick around long enough and maybe you’ll find the best moment of your life in a drive through in Las Vegas at twelve thirty in the morning in the tunnel of love drive through, with your kids and the one you’ll spend forever with. Love is a great thing, maybe the best of things-and worth waiting for.’

She signed off the blog with her full – and new – married name: Jennifer Lynn Affleck, confirming details from the marriage licence that saw her indicate she was taking her new hubby’s last name.

JLo and Ben first dated in 2002 and got engaged in November that year – but they then postponed their wedding, which had been scheduled for 2003 and eventually split in 2004.

However, they sent fans into a tailspin last year when they revealed that they had rekindled their romance – and they seem to have gone from strength to strength ever since.

It is Jennifer’s fourth marriage as she was previously wed to Ojani Noa, Cris Judd, and Marc Anthony, with who she shares twins Max and Emme, 14.