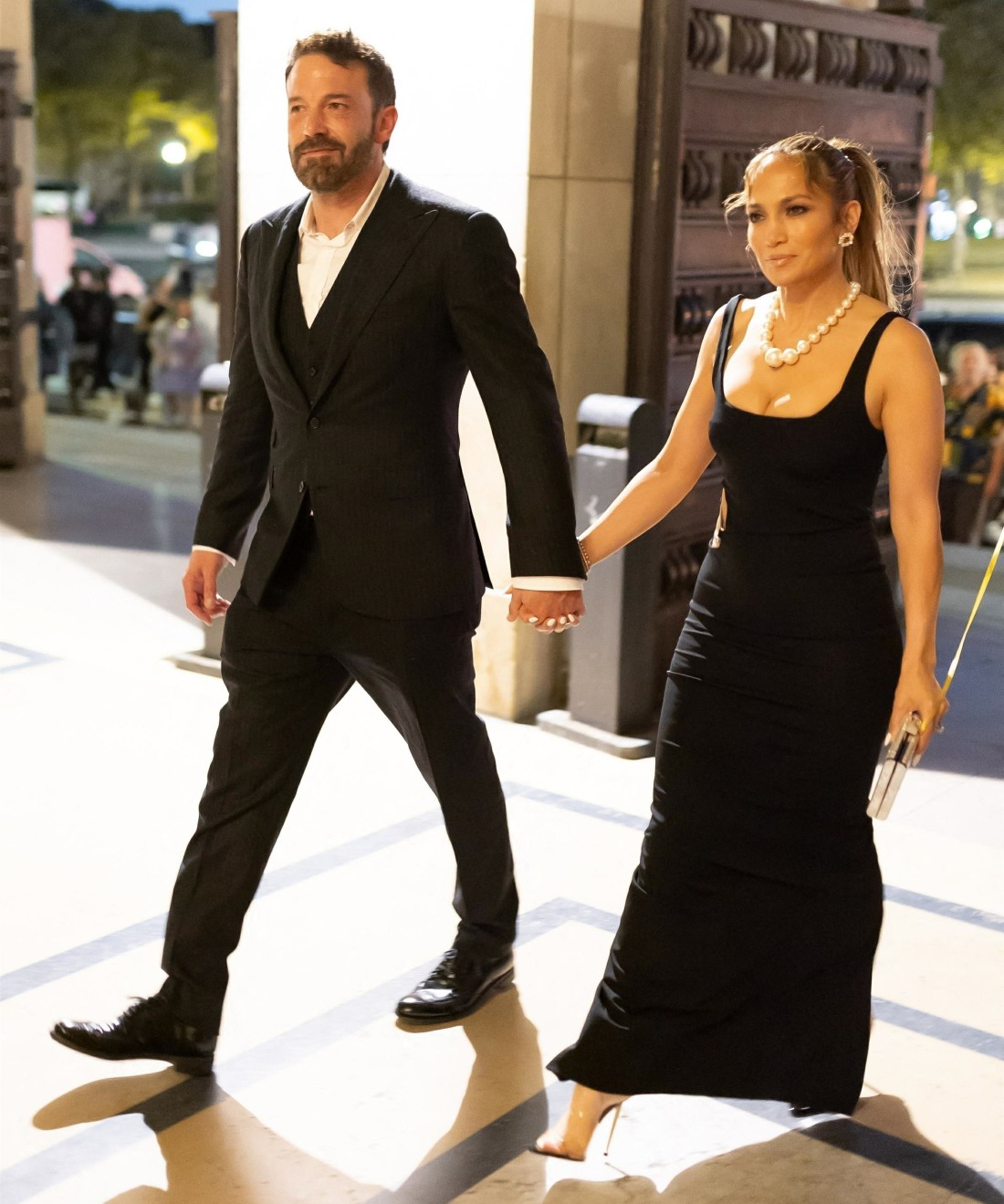 Ben Affleck and Jennifer Lopez-Affleck’s Paris trip has been a whole journey. A journey from stressed out to joyful to pap-strolly to exhausted to fashion parade to something involving tears and the evocative image of J.Lo slowly releasing her birthday balloon by the Eiffel Tower. So, the photos of J.Lo in the excellent black dress? Those are from Sunday, her birthday. Ben took her out to dinner, just the two of them. They went to Le Girafe, which has a great view of the Eiffel Tower. There was a balloon. And according to some of these photos, Ben wept a little on her birthday. Peak Leo.

Around 11 p.m., the couple arrived at the celebrity-loved Le Girafe restaurant, a ’30s-inspired indoor/outdoor seafood eatery with a terrace offering stunning views of the Eiffel Tower. An observer tells PEOPLE that the Argo actor/director and Marry Me actress were seated at a table closest to the landmark, and had a turquoise balloon attached to their table, which they’d brought with them.

“They were close, very close, to one another the entire time. They embraced one another a lot,” the source adds, saying they seemed very “in love.” According to the observer, Affleck took Lopez’s photo around midnight, when she stood up from their table as the tower’s evening lights twinkled.

“Then she released the balloon [and] set it to sail off towards the Tower,” the source says.

Lopez and Affleck wrapped their meal around 12:45 a.m., says the insider, at which time a server brought over a cake with candles.

When the stars arrived back at their hotel around 1:30 a.m., “there were still a few fans out front,” the observer says. “One had brought Jennifer a birthday present … one of those little Eiffel Towers that light up. She was very touched and posed with him,” the source says, adding that Lopez carried the illuminated statue inside.

Le dramatique! It’s just so extra, I love it, thanks. While I would never want to BRING a single turquoise balloon with me to a famous Paris restaurant and dramatically release said balloon after midnight, I appreciate that Bennifer is bringing it for us.

This same People Mag article notes some of their other comings and goings throughout the weekend too. Thy went to Maison Dior, they went shopping at Samaritaine, they dined at Plénitude (a skyline restaurant at the hotel Cheval Blanc) and they went for ice cream on Saturday night. At some point during the weekend, Jen got a delivery: a bouquet of balloons.

Here are photos of Ben and J.Lo headed to the Orangerie museum on Monday. 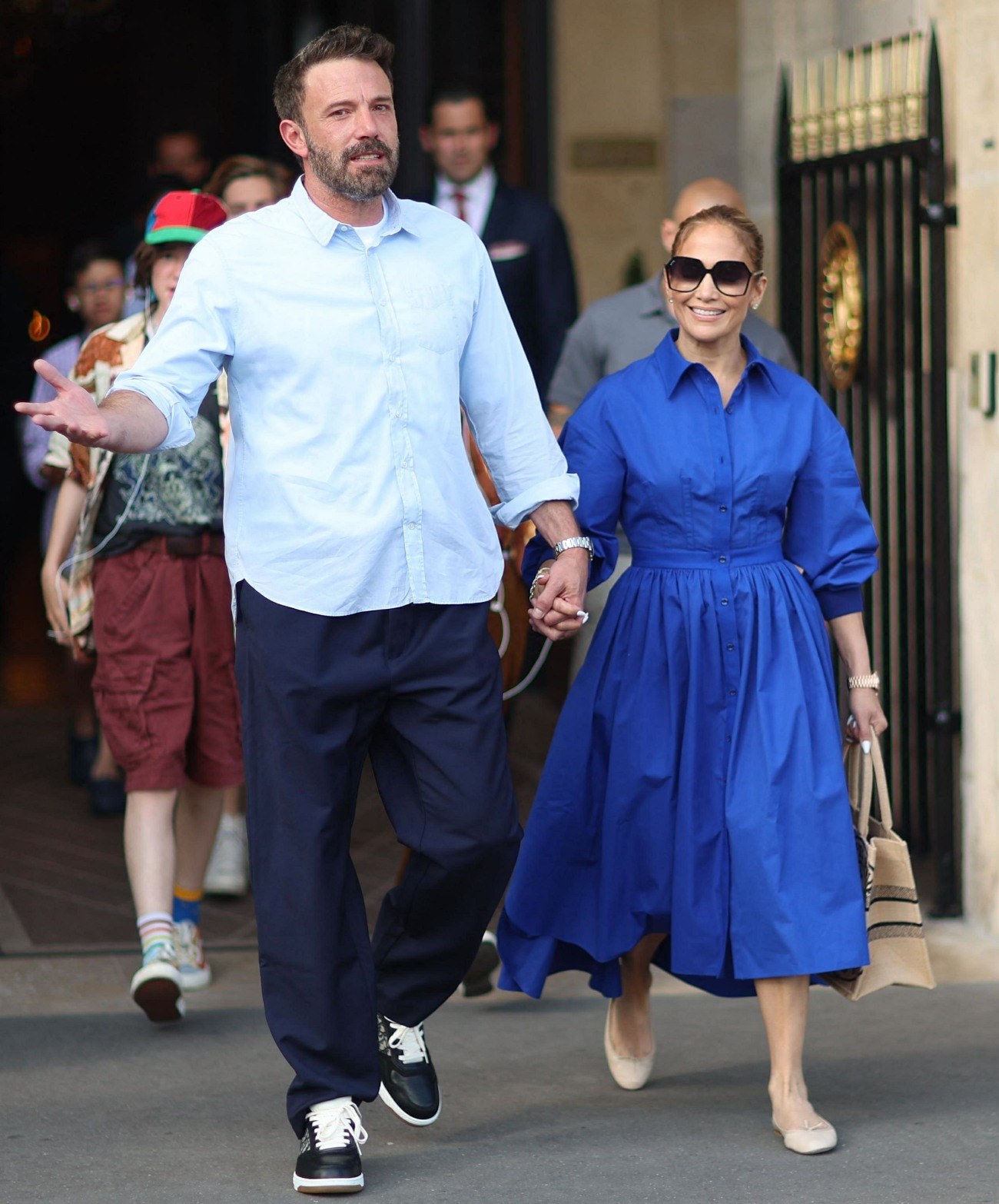 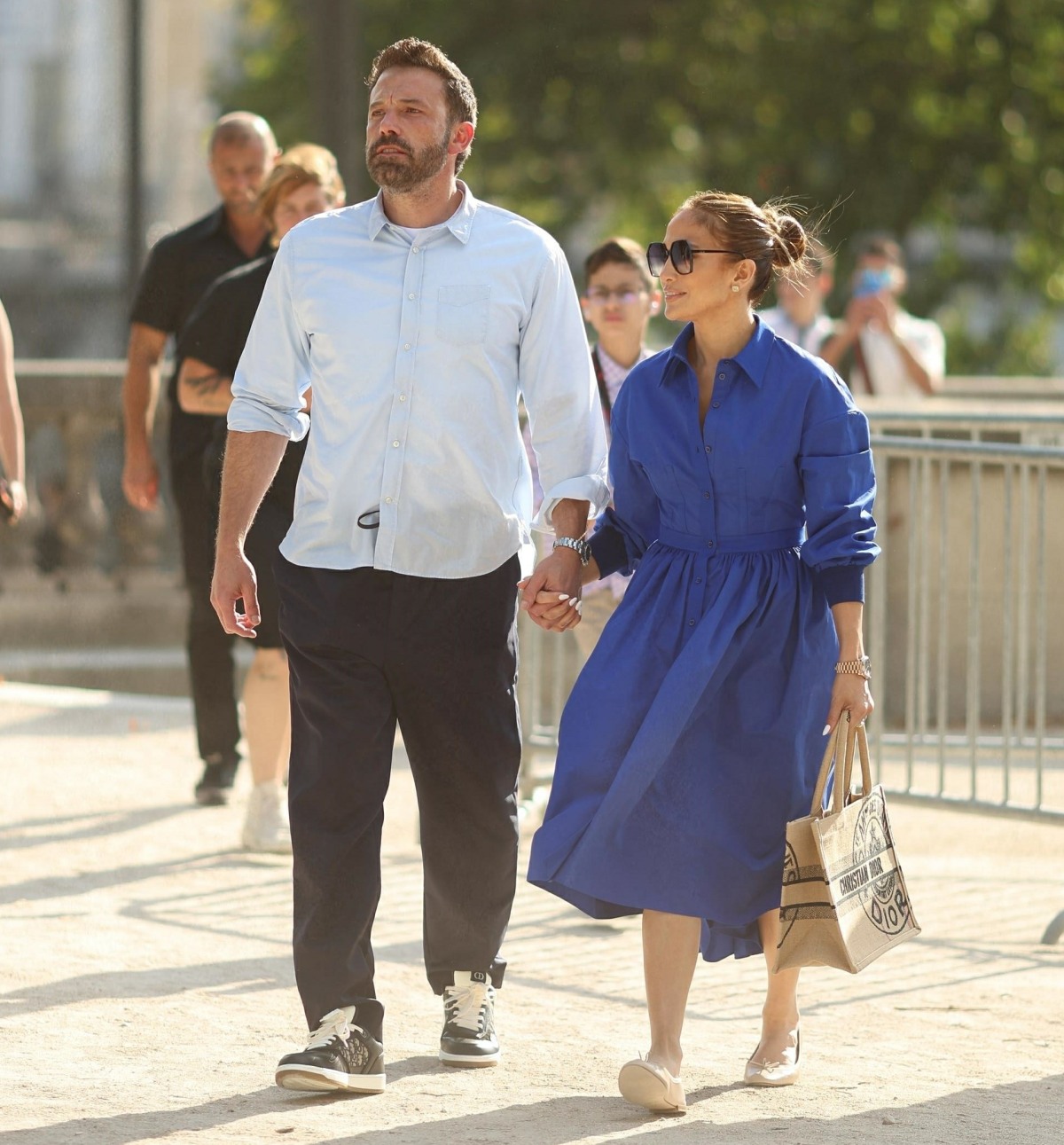