While Jesy Nelson, 29, is taking an “extended break” from Little Mix for “private medical reasons”, her bandmate Jade Thirlwall, 27, shared a cryptic message on Instagram about how “pain eases”. The Shout Out To My Ex hitmaker’s post also touched on “trying to leave” amid reports of the band going their separate ways.

The star shared the handwritten quote, which was initially on her Rizzle Kicks star boyfriend Jordan Stephens’ page.

In view of her 6.9 million Instagram followers, she shared the piece of writing, which read: “It rarely feels like it, but the pain eases.

“It fades. It flashes. It curls like the first bit of butter. Melts on the toast. Compliments the heaviness.” 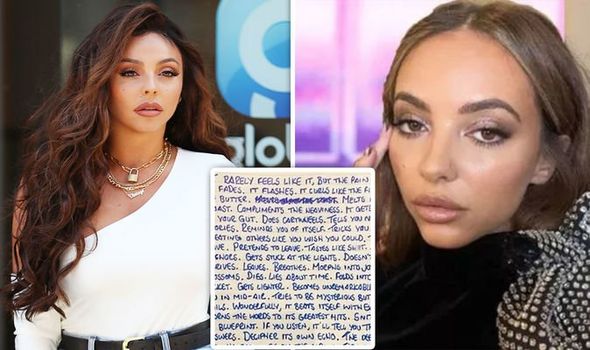 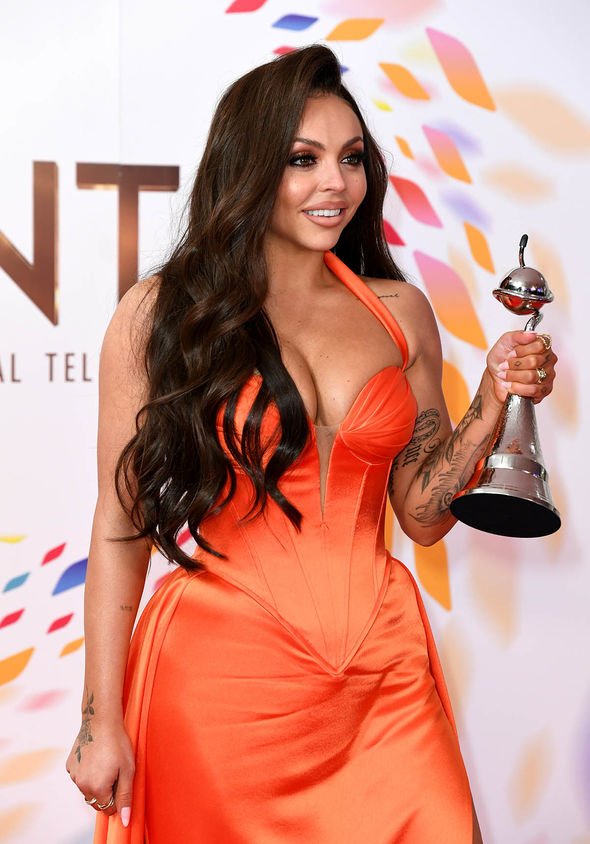 “It gets stuck in your gut. Does cartwheels. Tells you nasty stories. Reminds you of itself. Tricks you into not treating others like you wish you could. Tries to leave. Pretends to leave.”

It later read: “The deepest cuts are the best ones on the album. They don’t ask for approval. Take longer to love. Pain’s a pallet cleanser. A ticket out of delusion.

“It’s hard when you’re in it but we learn. We grow. It fades. It flashes.”

Alongside the snap, Jade shared emojis including a pen, a shooting star and a blue heart. 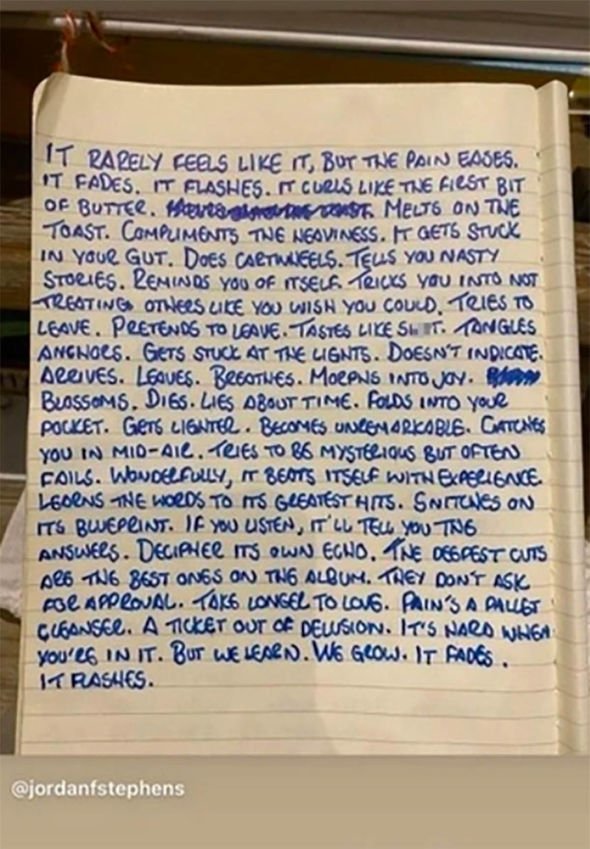 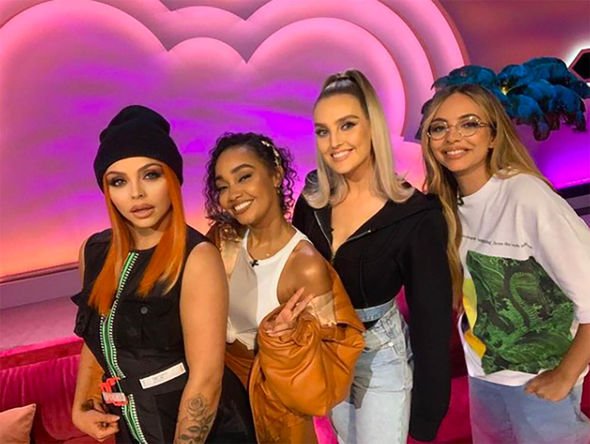 It comes after it was announced Jesy would be taking a break from the band due to medical reasons.

The Little Mix star missed out on appearing at the MTV EMAs and the final of her band’s show The Search.

“Jesy is having extended time off from Little Mix for private medical reasons,” a representative for the band said.

“We will not be issuing any further comment currently and ask media to please respect her privacy at this time.”

Since the news, fans have taken to social media to support Jesy, with one writing: “I hope you’re doing okay, Jess.

“We’re all devastated, but I pray for a speedy recovery.”

Another said: “I love you Jesy and I’m really hoping you’re taking all the time you need to come back to us with your gorgeous smile.”

They are said to have had meetings with industry bosses as well as new managers and agents.

The source told the Sun: “The girls have been open and honest with each other, and with their current management team.

“They have started discussions with some prospective managers and agents about what their solo careers might look like.

“Some of the girls might end up taking on solo projects with their current management team too. But this isn’t about ending the band, it’s about looking to the future.”