We finally get to hear the FULL audio from Taylor Swift and Kanye West‘s infamous phone call, and you’re going to want to buckle up, y’all.

As you’ll recall, Mr. West dropped the song Famous in his album The Life Of Pablo, which included the lyrics:

The now-30-year-old immediately slammed the track in a statement, saying she felt disrespected. Kanye insisted he and Swift had agreed on the line and that she thought it was funny, while Kim Kardashian West revealed she had a tape of the conversation which would prove her husband innocent.

At the time, Tay’s rep denied that the songstress had approved being called a “bitch.” Soon after, the KUWTK star released clips of the tape on Snapchat, which led to Taylor living in isolation for a year. In her 2020 Netflix doc, we heard more from Swift’s side about how the backlash affected her:

“When people decided I was wicked and evil and conniving and not a good person, that was the one that I couldn’t really bounce back from because my whole life was centered around it.”

She continued, telling her mom:

“I’ve been doing this for 15 years and I’m tired. I’m just tired of the…it feels like it’s more than music now. Most days I’m okay, but…it just gets loud sometimes.”

Now that we’re all caught up to speed, get ready for the new evidence which many are saying proves Tay was right all along. Four years, an election, and a global pandemic later, there’s new evidence being brought forward in the case to clear Tay’s Reputation.

A full video of the conversation has been leaked online, largely clearing Taylor’s name and corroborating her claim that she was uncomfortable with being called a “bitch” in Ye’s track. Specifically, she says:

“As long as you don’t call me a a bitch or a stupid ass bitch, cause that would be mean.”

In case you needed a refresher, here’s the final verse:

None of the involved parties have chimed in as of yet, but we’ll keep you posted when they do. After all, everyone has plenty of free time right now so we’re sure it won’t be long!!

Thoughts, Perezcious readers?? We know you have ’em. Sound OFF (below) in the comments and share!! 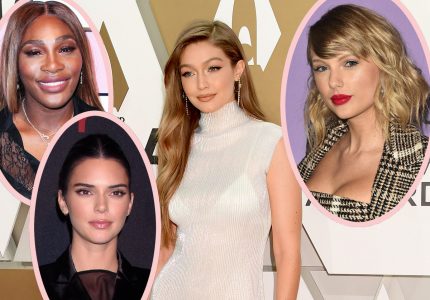 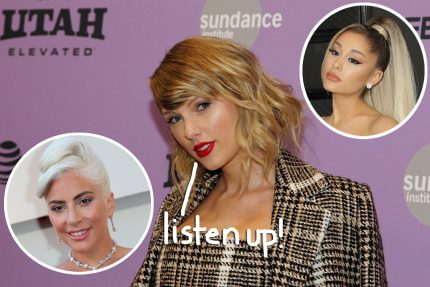