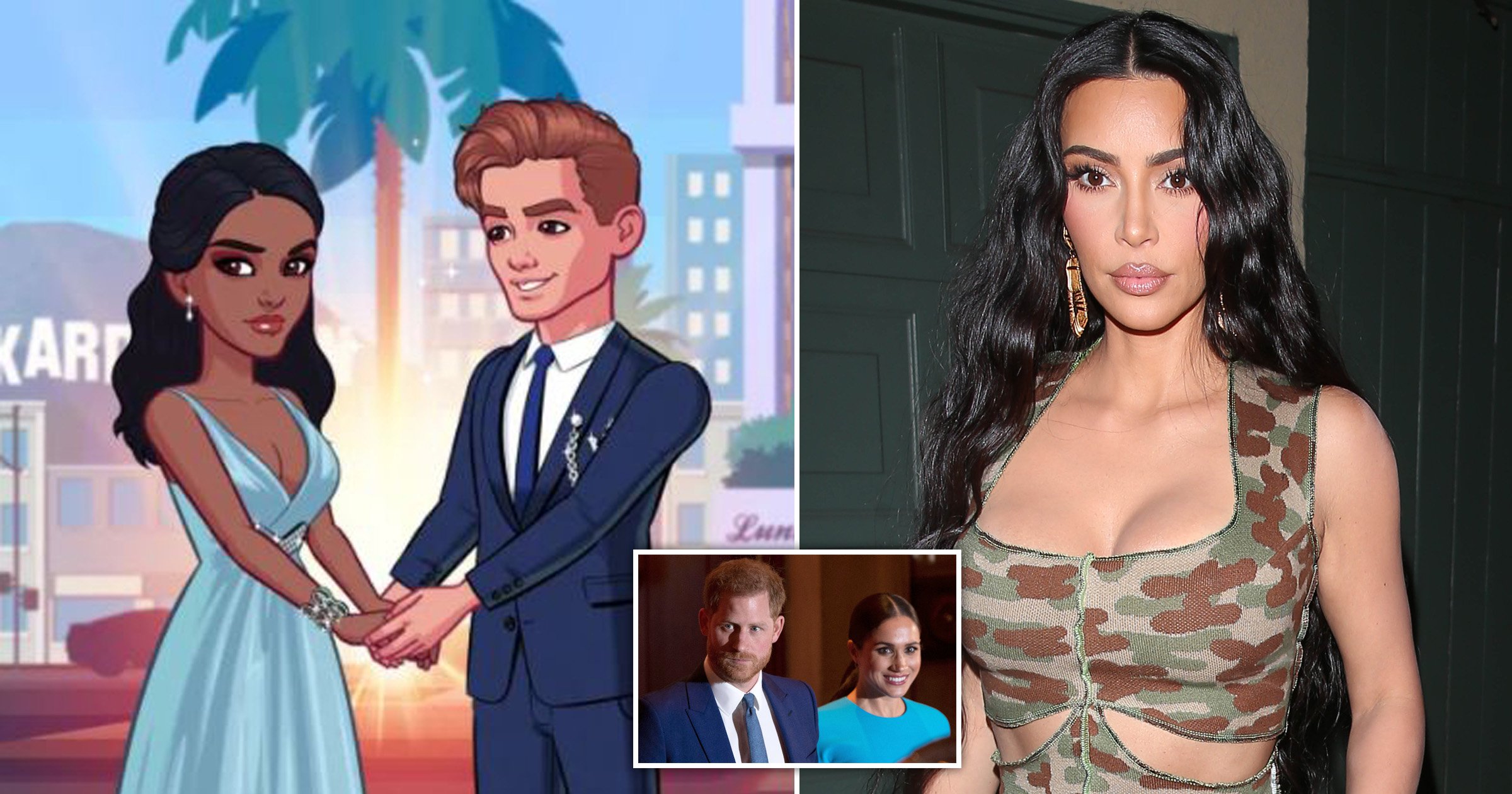 Kim Kardashian has removed a level of her mobile game which appeared to be based on Prince Harry and Meghan Markle’s royal exit.

The Keeping Up With The Kardashians star was said to not be aware of the Royal Runaways level of her game, which launched in 2014.

One recent addition to the app was a new level which showed a character called Princess Bianca and her husband Prince Aston talking about quitting royal life.

They also had a confrontation with the Queen, after feeling unwelcome in the family.

When fans noticed the parallels between the game and Meghan and Harry’s claims about their experience, game makers Glu Mobile confirmed they’d removed the game.

‘We heard a lot of valuable feedback around our recent Prince Aston and Princess Bianca quest,’ a spokesperson told DailyMail.com.

‘It’s clear we missed the mark with this, and we sincerely apologize. We did not intend to direct any negativity towards any particular person or groups of people. The content is no longer live in the game.’

A source added that Kim was not aware of the level, and ‘immediately took steps to ensure it was taken down.’

‘She is disappointed that this happened and has requested an internal investigation to ensure that this misstep doesn’t happen again,’ the source added.

Harry and Meghan famously left their royal duties last year and now live in California with their son Archie.

Earlier this year they opened up about the move away from Britain in a bombshell interview with Oprah Winfrey where Meghan revealed she suffered from mental health issues and had suicidal thoughts which she claimed were neglected by the Royal Family.

She also claimed a member of ‘the firm’, the highest ranking relatives of the family, even raised concerns over Archie’s skin colour.

Recently, the mum-of-four teamed up with the World Health Organization for a new feature on her game, which saw players rewarded for following WHO guidelines amid the Covid-19 pandemic.

Metro.co.uk has contacted reps for Kim Kardashian and Glu Mobile for comment.