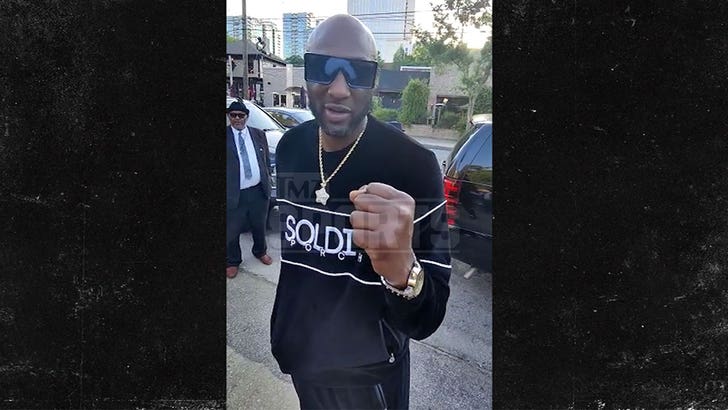 First, destroy Aaron Carter … then, get revenge for Nate Robinson by knocking out Jake Paul?!?

That’s the plan for Lamar Odom … who, after his June fight with Carter, is gunning to box Paul to avenge Robinson’s embarrassing loss to the YouTube star.

Odom made that very clear in a video obtained by TMZ Sports … with the ex-NBA star saying, “After Aaron Carter, I would love to fight Jake Paul. For Nate Robinson!”

Lamar is set to throw hands with Carter on June 12 in Atlantic City … and the 41-year-old is considered the big favorite, especially after recent sparring footage showed him looking polished in the ring.

Carter is training like a mad man with the hopes of not being some sort of pushover … but if Odom can get through the pop singer as expected, he could be a very intriguing next opponent for Paul.

You’ll recall, Jake annihilated Robinson in November, and then demolished Ben Askren in a fight last month … but, he does NOT have another opponent lined up yet.

Seems Odom would be a great fit if he scores a win next month.