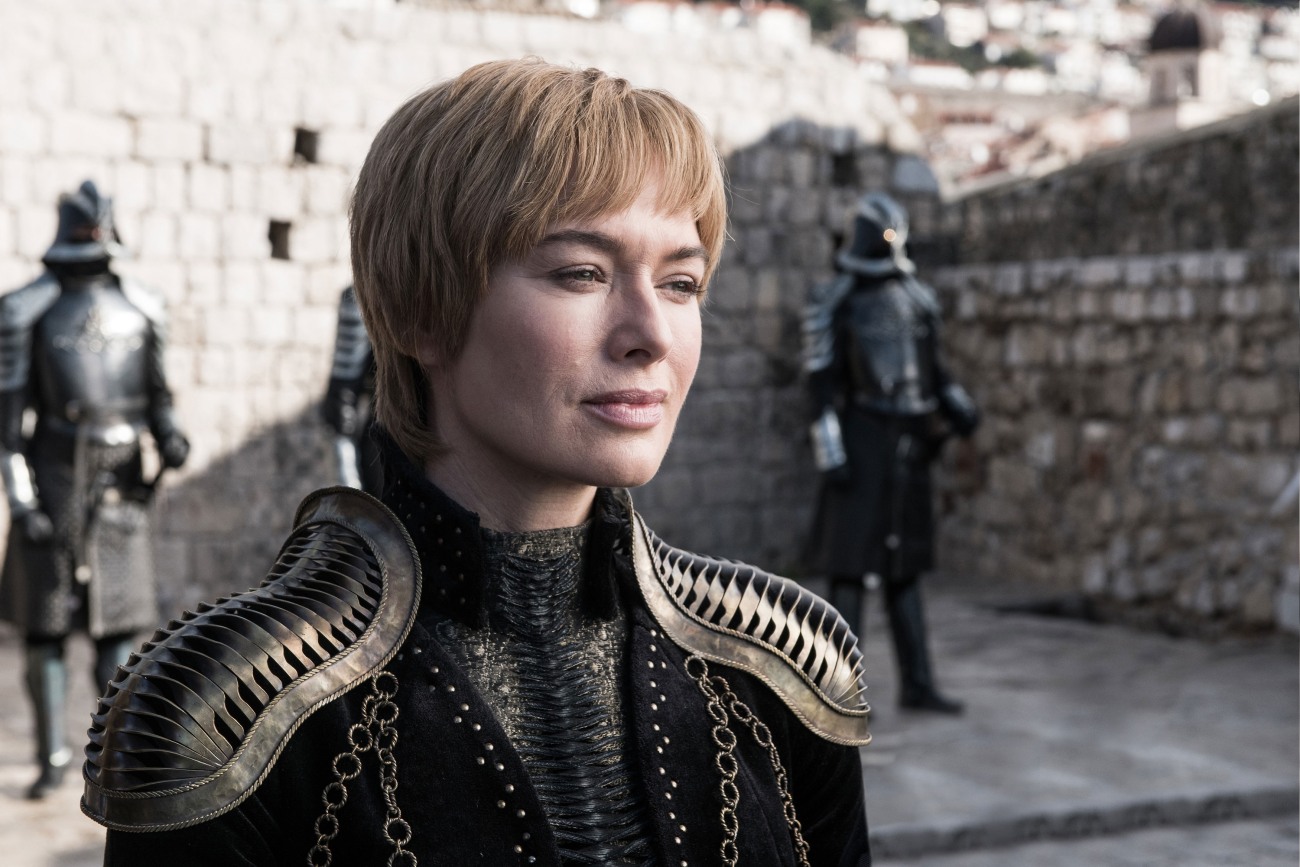 SPOILERS for last night’s GoT episode “The Bells”

Maybe Cersei Lannister was history’s greatest monster because Lena Headey did such a great job smirking and getting day-drunk and arching her brow. Lena brought a lot to the character of Cersei, and as such, we had high expectations for Cersei’s eventual death. We convinced ourselves that it would be epic, that Jaime or Tyrion would strangle the f–king life out of her, or that Arya would ninja her way to Cersei, perhaps wearing one of Cersei’s brothers’ faces. Instead, Cersei died by architecture. She died in Jaime’s arms as the Red Keep collapsed on them. It was… unsatisfying. Lena thinks so too. Lena gave her “exit interview” to Entertainment Weekly, and here are some highlights:

Cersei was unhappy the whole season: “She starts off in this final season trapped in a web of her own making, as is usual with Cersei. She’s desperately unhappy and everything that’s happened becomes more real than it ever has for her. She starts to lose control of the situation. She’s destroyed every good alliance, connection, love in her life — she was always destined to be alone. And until the very, very last minute, she is, as ever, in denial of what’s actually happening.”

Lena wanted Cersei’s final moments to be bigger: Headey says her reaction that final scene was “mixed” at first. “I wanted her to have some big piece or fight with somebody,” she says. But then the actress talked over the scene with Coster-Waldau and came around to appreciating Cersei’s final moments. “The more we talked about it the more it seemed like the perfect end for her. They came into the world together and now they leave together.”

Jaime & Cersei: “I think the important thing is that Jaime had a chance at freedom [with Brienne] and finally liberated himself from Cersei, which I think the audience will be thrilled about,” Headey adds. “I think the biggest surprise is he came back for her. Cersei realizes just how she loves him and just how much he loves her. It’s the most authentic connection she’s ever had. Ultimately they belong together.” In that last moment, staring at her brother, waiting for the end, Headey says, “It’s maybe the first time that Cersei has been at peace.”

Nikolaj Coster-Waldau was sentimental when they shot those scenes: “I told Nikolaj, ‘I’ve never seen you so sweet and sentimental.’ And he’s all, ‘What’s happening to me?’ We kept cuddling going ‘I love you.’ It was weird. There’s a sense of loss that nothing like this will ever happen again. There was a great sense of grief and an enormous amount of gratitude going on.”

Her last days: Otherwise, Headey recalls her last day on set as “walking up and down the stairs 20,000 times” to the cellar, and “a lot of crying.” Showrunners David Benioff and Dan Weiss gave her and Coster-Waldau “these lovely frames and lovely messages”

Her favorite scenes to play: “I had a lot of great ones — that one with Mark Addy [Robert Baratheon] back in the first season. Those early scenes with Tyrion where you saw their relationship develop. The stuff with Sophie early on. Everything that shaped these characters. The scene where she tells her father that her and Jaime were lovers. We had some great stuff. I love the juicy dark emotional moments.”

I think most of the main cast members are probably pretty happy to make it through to the penultimate episode, and I agree that it was time for Cersei to finally get what was coming to her. But I’m with her on the mixed reaction… death by architecture was a let-down. Not having to face a final betrayal from one or both of her brothers was a let down. After all that f–king smirking and instigating and bulls–t, we wanted to see Cersei’s last f–king breath and the final sting of betrayal in her eyes. 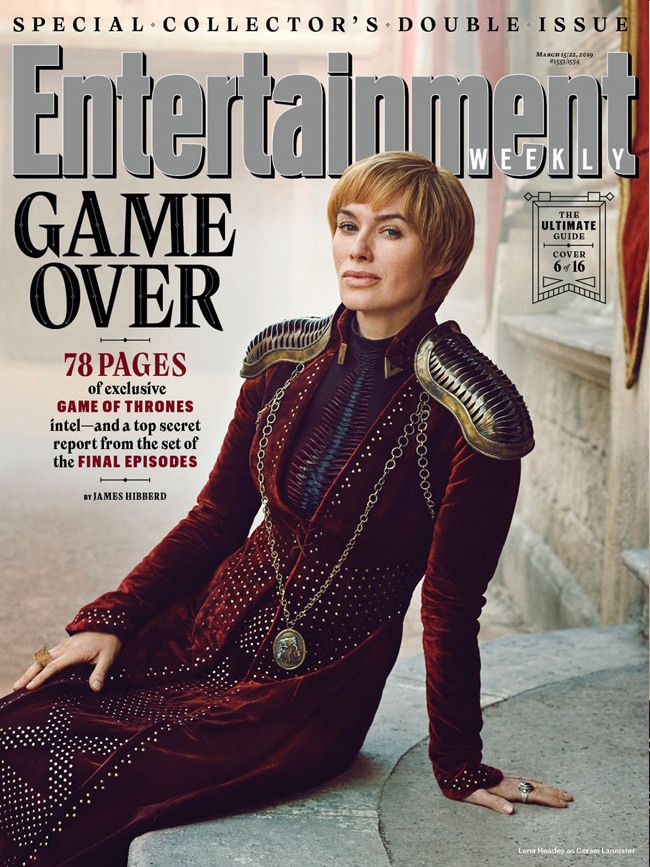 Photos courtesy of HBO/Game of Thrones.

Adele Doubles Down On Decision To Cancel Her Las Vegas Residency: It Was 'Not Good Enough'