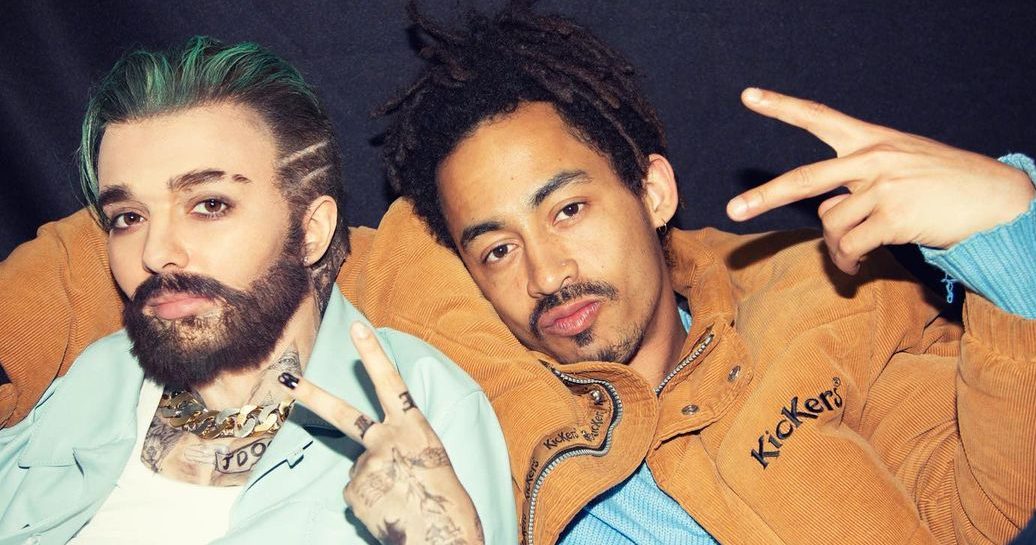 Jade Thirlwall’s transformation into a man got the seal of approval from her boyfriend, Jordan Stephens, who seemed to be loving her new look.

The Little Mix star shared behind-the-scenes clips from the group’s Confetti music video and they’re an absolute treat, showing what really happened when Jade, Leigh-Anne Pinnock and Perrie Edwards dressed up as men.

In one photo, Jade is seen posing with Jordan mid-shoot, sporting a shaved head, full beard, chest and arm tattoos and an open shirt with white vest. Former Rizzle Kicks singer Jordan was all over his girlfriend’s new makeover and cuddled up to her as they both flashing two fingers.

Other BTS moments include Jade and Perrie filming videos together in a dressing room and Leigh-Anne messing around while also transformed into a man.

Their androgynous looks were filmed for the Confetti remix music video featuring US rapper Saweetie, which was released in April.

Little Mix are currently on a high after making history at the Brit Awards last week, becoming the first female band to win best group. They are also set to release their first single without Jesy Nelson this week, titled Heartbreak Anthem and featuring Galantis and David Guetta.

Marking the special occasion in an Instagram post, Jade shared a cute photo of Jordan kissing her forehead with the sunset in the backdrop.

‘1 year since I slid in the DMs,’ Jade joked, suggesting that she was the one who instigated their romance.

The couple began dating in May 2020 and were first pictured together attending the Black Trans Lives Matter protest.

Jordan recently shared intimate details about their relationship and said on the Cuddle Club podcast: ‘I had sex with my girlfriend but it was so fantastic that we just both passed out and then came back around like 25 minutes later.

‘I remember being like, “I don’t think that has ever happened to me before”. It was really cool.’

He continued: ‘My girlfriend has got three different kinds of smiles and there’s this one where, I don’t know how to explain it, you can just tell it’s a pure reflection of how she’s feeling in that moment.

‘When we are both mucking about and she just busts out this smile, I think, “Oh my God”. I just feel full of joy.’

Got a story?If you’ve got a celebrity story, video or pictures get in touch with the Metro.co.uk entertainment team by emailing us [email protected], calling 020 3615 2145 or by visiting our Submit Stuff page we’d love to hear from you.