Kaye Adams, 59, will be taking part in this year’s Strictly Come Dancing, joining the list of Loose Women presenters who have taken part in the show. The ITV presenter took to Twitter to share her view on a new addition that has been added to the lineup, relating to Victoria Beckham.

It was announced on Friday that Kaye would be taking part in Strictly, with the BBC announcing new celebrities daily.

Today, the BBC show announced that former Arsenal and England football player Tony Adams would be joining the cast.

Comedian Jayde Adams, who is also taking part in the show, wrote on Twitter: “Dad?!?? Wow, the whole family on one show. So lucky @kayeadams @TonyAdams.”

Kaye couldn’t help but notice the three also shared the same surname, leaving her no choice but to comment on the spooky lineup. 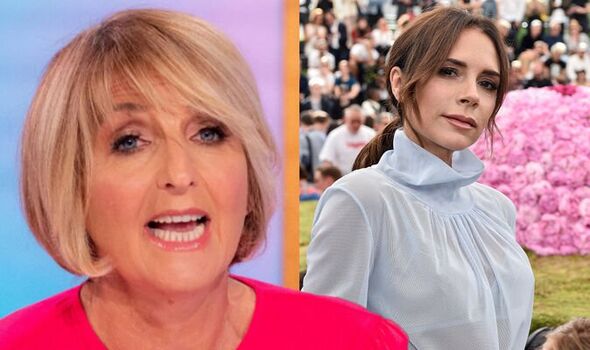 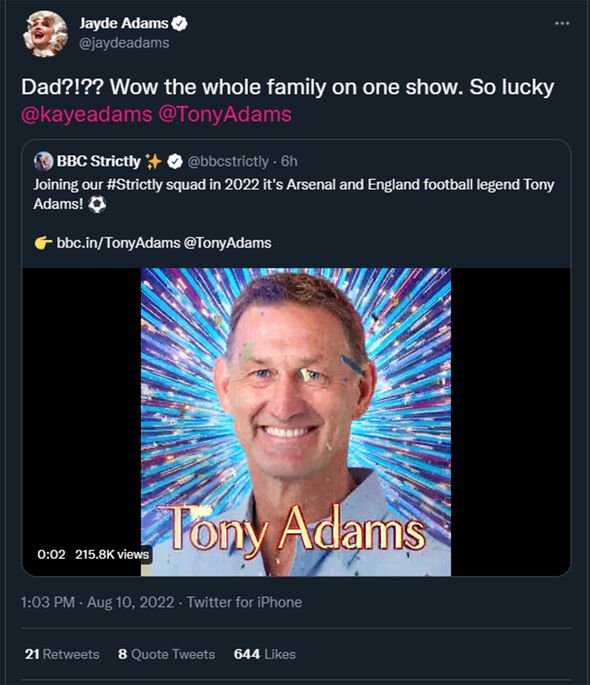 She replied in view of her 85,700 followers: “When is posh spice being announced?”

When it was announced on Friday that Kaye would be taking part in the show, she discussed it with her Loose Women panel.

Nadia congratulated her friend: “Is it actually you? Oh my God, I feel emotional, honestly, I can cry. 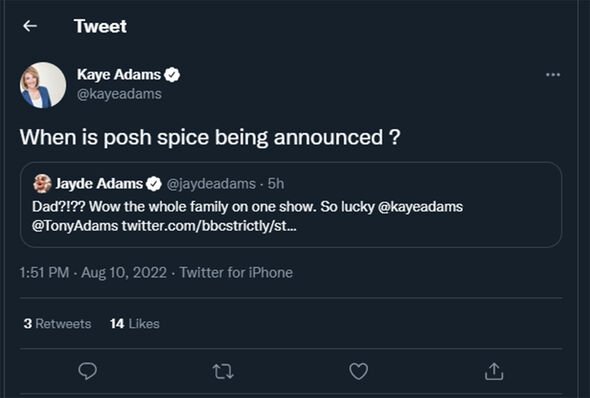 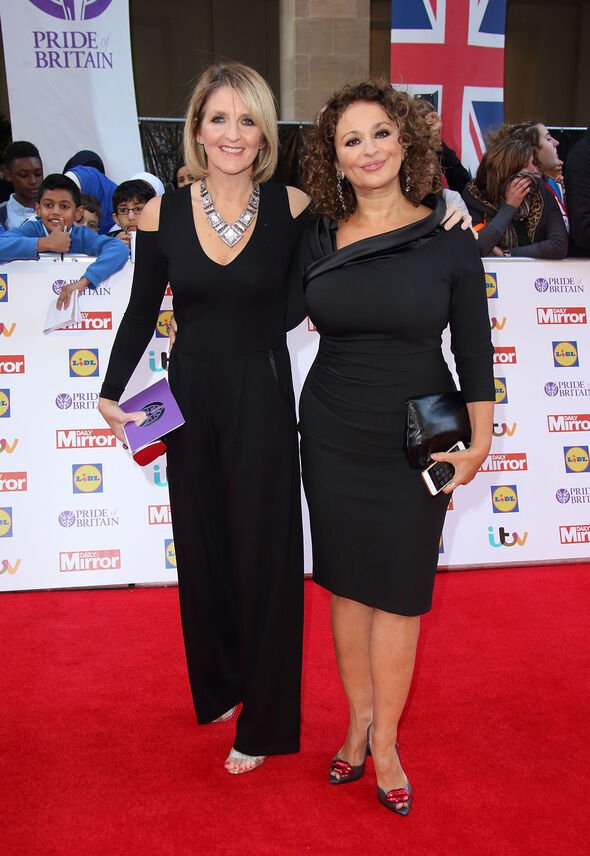 “It’s amazing you can do it because let’s face it, you can’t dance, but that’s what we like to see on Strictly – somebody learns to dance.

“You’re going to be incredible, you’re so funny, you’ve got the best legs in the business. I can’t wait to get home and cha cha cha with you.”

Kaye replied: “Actually it’s quite funny because I’m terrified, I’m absolutely terrified because as Nadia very kindly says, as a supportive friend does – ‘Let’s face it, you can’t dance’, which is true. It’s true.

“And when these gorgeous dancers came on, I nearly exited from both ends of my body, honestly. Sorry about that,” she continued.

Kaye also spoke about her regret for not signing up for the show earlier before she reached her milestone birthday.

She continued: “But I thought, ‘Am I going to be thinking at the end of September I wish I’d done this?’

“I’m a really competitive person and Nadia, you know that’s true but in this, I’m not. If I enjoy myself, I’ll be so happy,” she concluded.

“Even her own co-stars have been kept in the dark,” they told The Sun.

You can watch Loose Women weekdays on ITV from 12.30pm